Mrs. Koch just called and told me this little story; she asked me to add it to our HoliBlog:

On Sunday, there was a knock at her door. It was an elderly gentleman, who asked if she knew the whereabouts of L.J. Koch, Jr., an old friend.

She explained that he had passed away; he was her brother-in-law.

He asked if her family was the one which owned the “tin shop” in Evansville. Indeed, Mrs. Koch’s father-in-law, Louis J. Koch, Sr., was one of the “sons” of George Koch Sons (now a subsidiary of Koch Enterprises Inc.).

The visitor asked which Koch she married, and she told him about Bill.

The octogenarian remembered meeting Bill Koch back in the 1940s

The children were so disappointed when it was discovered that the park had closed and they would not be able to enjoy their day as planned. At this point, Bill Koch entered the picture. (Here’s a 1956 photo of Mr. Koch at Santa Claus Land with his parents.) 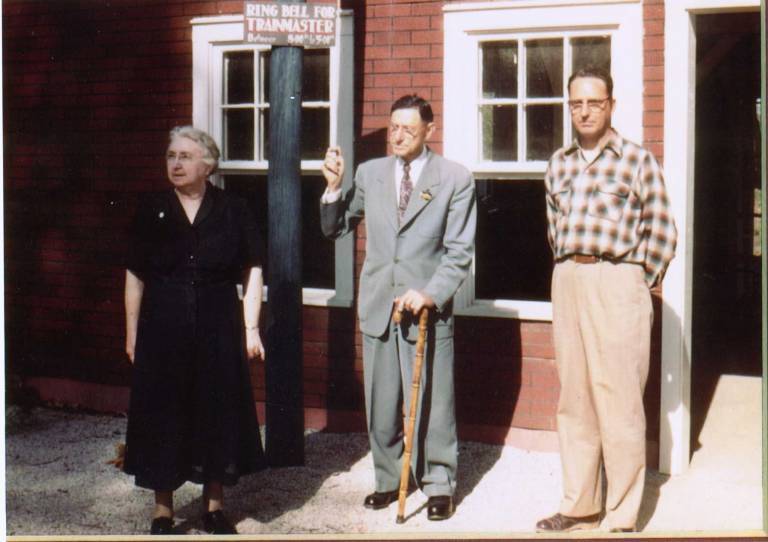 A Navy veteran of World War II, Mr. Koch didn’t want the VFW’s group of children to leave the town disappointed. So he invited the entire group over for a day at Santa Claus Land, his treat.

The man finished his story with a smile and, turning to leave, added: “Can I give you a compliment? You really do take care of yourself!”

Mrs. Koch chuckled with laughter over the compliment. “I was ready to go out, so I was all dressed up. I wonder what he would have said if he’d seen me 30 minutes earlier?!”
___
Would you like to receive HoliBlog notices – along with news releases and sweepstakes – by email? Sign up here and you can choose whether to receive the emails weekly or the same day the blog posts are published. Thank you!