Mrs. Koch always has cute stories about her grandchildren (she has 11; #12 is due in July).

When Mrs. Koch took her to our Rudolph’s Reindeer Ranch so that she could go on one of the kiddie rides, Anna had her own plan:

It’s in her blood, we figure. 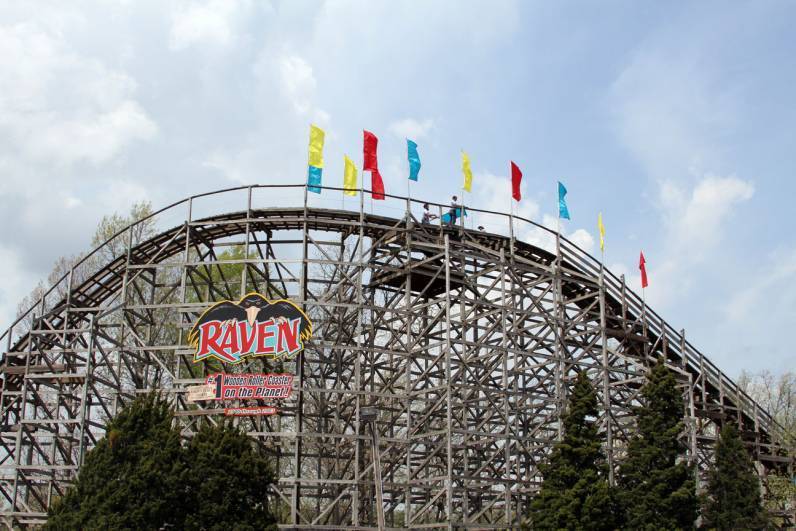 In case you’re wondering, the height requirements apply to the Koch children and grandchildren just as they do to everyone else. No exceptions. Not ever.

Four or five seasons ago, it was tough. Four of the grandchildren are the same age. Two were tall enough to ride The Raven and The Legend, and two were not.

The “vertically challenged” grandkids ate a lot of string beans that summer, believe you me! But until they were tall enough, “Go ride coaster!” had to remain the height of fantasy.