Have you discovered the Udderly Blue gift that keeps on giving?

Lynn is a grandma who visited the park recently and plans to come back again soon. She and I have exchanged emails several times over the past week. 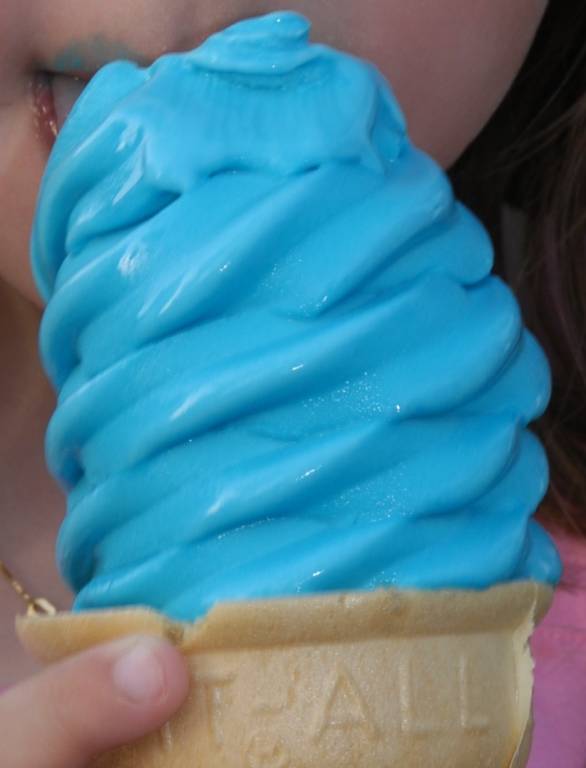 I have a teen grandson, Logan. When he was around four, we took him to the park and bought him one of those Udderly Blue ice creams. He really got into that thing! Had a blue face all day long. Ha!

But the next day, I was at his house watching him, and he went into the bathroom and was in there for a little bit, and came out of there screaming and crying in a panic that his “poop” was blue!

The kiddo thought something was wrong with him! Ha ha ha! I like to have died laughing! Ha ha!

Every time we talk Holiday World, I kid him about the “blue poop” and the panic he went into!

Umm … don’t worry, Logan. If Grandma Lynn emails me any baby pictures of you in the tub or on one of those bear rugs, I’ll send the files back unopened.

There are some lines we just won’t cross.
___
Would you like to receive HoliBlog notices – along with news releases and sweepstakes – by email? Sign up here and you can choose whether to receive the emails weekly or the same day the blog posts are published. Thank you!