Another communique just arrived from Holidog! He continues his voyage and challenges us to bone up on history. 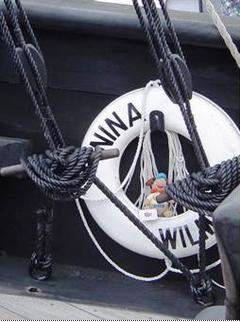 Just like The Voyage, Mr. Columbus had a three-train (er…boat) operation.

The Nina was the first ship that I found.

I couldn’t resist looking around.

Do you think this is the original life saver?

Certainly there’s not much of a chance of that; thought I’d float the idea by you anyway.

This would make a great souvenir to bring back for Lori and Jennifer and the crew at Splashin’ Safari. 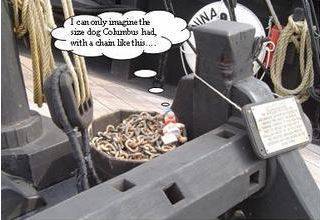 The next ship I found was the Santa Maria.

It was named after Christopher Columbus’s two favorite people: Santa and Maria. 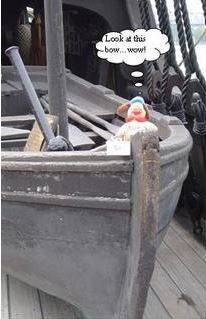 If he would have asked me, I’d have suggested my two absolute favorites: Santa and Purina.

Despite my dogged search, I could only find two of the three boats.

(Apparently the Pinto didn’t do any better as a ship than it did as a car. Woof!) 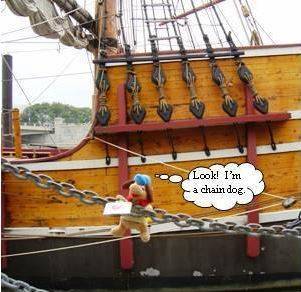 Here’s a joke for you: Why did Chris sail boats to the New World?

Because he didn’t have change for the Colum-bus!

No, really throw me a bone!