Time to say thank you.

To people my parents’ age, my own age, my son’s age.

Each has a story. Some choose to talk about their military days, others don’t. 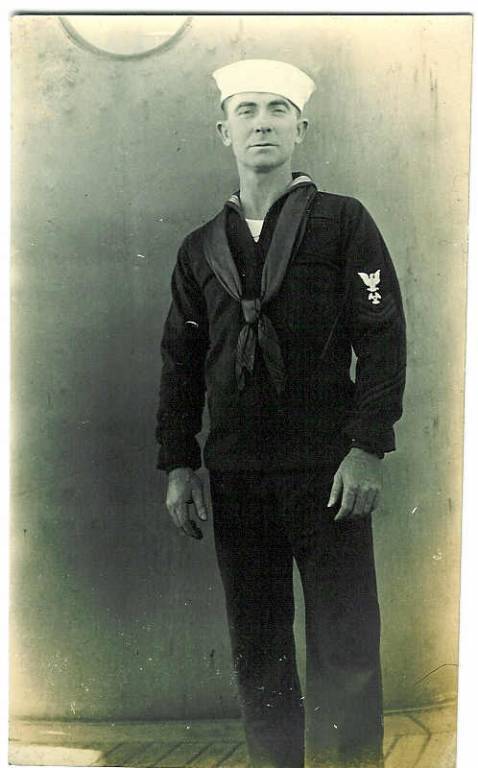 Mrs. Koch likes to tell the story about her dad.

This is a photo of him. Jim Yellig was a Navy man during the first World War.

One Christmas, he was stationed on a ship at the Brooklyn Shipyard in New York.

Everyone on board, so far from home, agreed to hold a Christmas party for local underprivileged children.

But where was Santa?

Truth be told, Jim Yellig was from nearby Mariah Hill. But who could resist talking about a town named Santa Claus? Not Jim.

Jim wasn’t thrilled about the idea, but agreed to do it.

The experience changed his life forever.

When he saw the hope and love and trust in the eyes of these little children, frightened by the war and hurt by poverty, his heart melted.

As he told the story years later, “Afterwards, I said a little prayer: God, if you get me through this war alive and send me home, I’ll forever be Santa.”

Both promises were kept.

God bless our Veterans on this, and all, days.
___
Would you like to receive HoliBlog notices – along with news releases and sweepstakes – by email? Sign up here and you can choose whether to receive the emails weekly or the same day the blog posts are published. Thank you!