Home // HoliBlog // Snakes on the brain

Snakes on the brain

Been wrestling all season about whether to share this story.

Snakes, after all, cause many people to get the vapors. And here I am, fresh out of smelling salts.

But in light of the movie that’s getting so much attention these days, it’s time to unleash.

Back in late April, before The Voyage opened to the public, we held a photo shoot of the new coaster in action.

I hung out with the photographers, partially as an escort but also to pick up any tips about the best place to stand for photographing The Voyage.

The bottom of the second drop is a really good spot. You can get close enough to it that the train full of screaming riders is in the foreground and you can also show the enormity of the coaster with the first drop in the background.

Sounded good to me. When the photographers moved on to their next angle, it seemed silly not to snap off a few of my own. 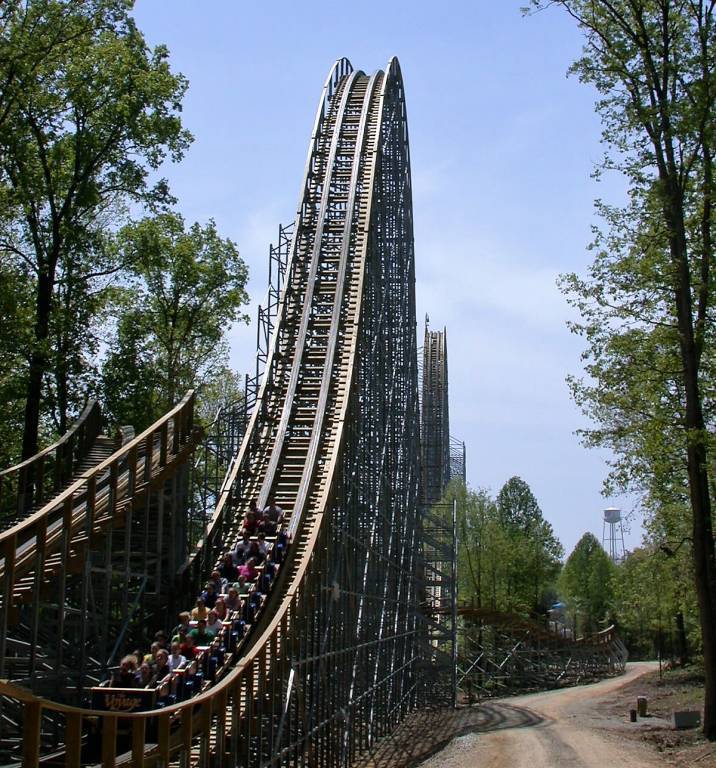 Although The Voyage is basically out in the dense woods, there’s a nice little access road just to the west of the structure. An occasional butterfly will flutter by, but that’s about it as far as wildlife encounters.

Feeling safe, I assumed the standard photo-taking position. I could hear the train click-clicking up the lift hill. Standing perfectly still and holding my breath, I was ready for that train to soar down the first hill, sail up the second, and I would take that perfect photo just as it filled the frame.

But it was not meant to be

As the train was still heading up the lift hill, I felt the bottom of my left pant leg shift slightly.

Stalwart and determined, I continued to squint through the viewfinder.

Seconds later, another sensation at the bottom of my slacks.

Must be standing near a rogue clump of grass growing up through the gravel road. Yes, that must be it.

The train was just about to crest the lift hill. No time to check out the weeds.

At that point, it was time to check out the woman-eating plant.

But it wasn’t a plant.

How in the world did a shoelace make it all the way out here? Doesn’t look like something one of the construction guys would have worn.

And even Lord Chadwick doesn’t get that carried away in his dress.

But it wasn’t a shoelace.

Shoelaces, after all, don’t have little hissing tongues. Not even the bright green ones.

A snake, wrapped snuggly around my left ankle. With enough snake left over to extend another 15 inches or so, doing a poor imitation of a discarded shoelace.

So, I did the snake dance.

Frantically shook my foot and leg so that Sir Snake would come loose and slither off, never to be seen again.

The snake would have none of it. Must have been enjoying the ride. And the slight hint of Bounce Ocean Breeze on my white anklet.

Time to step up the dance.

In one fluid moment, my left foot returned to the ground and my right foot stomped on the hissing end of the beast.

With a mighty yank of my left foot, I managed to rip my leg free of the reptilian embrace.

Not to worry; my stomp did no harm. May have knocked a bit of sense into the serpent, actually, as he quickly slithered toward the edge of the path.

Ah, but I was quicker.

The fun was not yet over.

“Get back here you so-and-so! No one will ever believe this; I’m taking your picture!”

Like a madwoman, I chased after my tormenter and snapped the following: 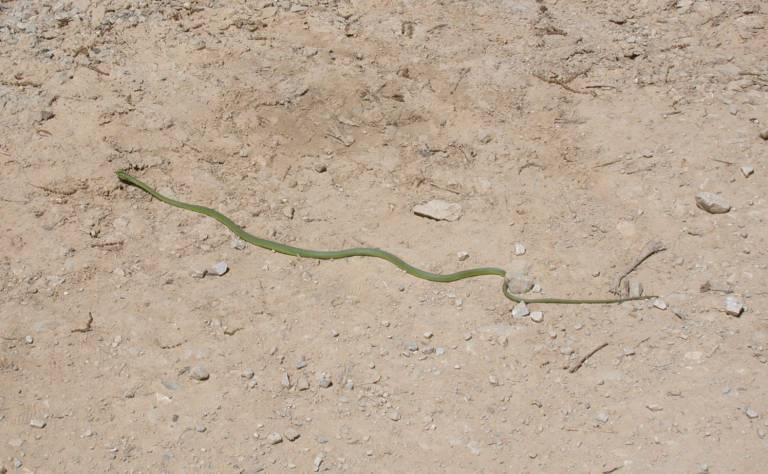 Ah, but he got the last laugh

Just before he disappeared into the woods, the fiend posed for one final shot.

It was not until I’d returned to my office and got a good look at the photos that it became apparent.

The little asp somehow knew the first letter of my last name: 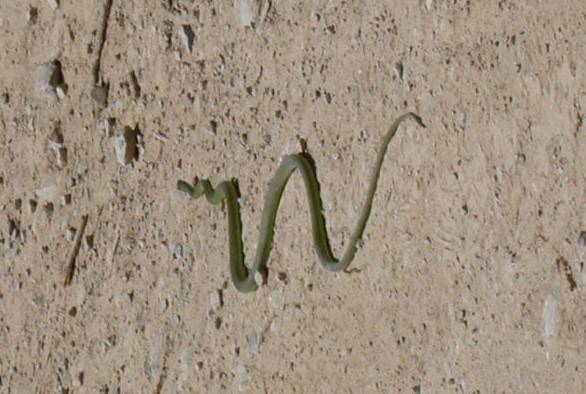 Or perhaps the long and lanky fellow has a coaster design all his own?
___
Would you like to receive HoliBlog notices – along with news releases and sweepstakes – by email? Sign up here and you can choose whether to receive the emails weekly or the same day the blog posts are published. Thank you!