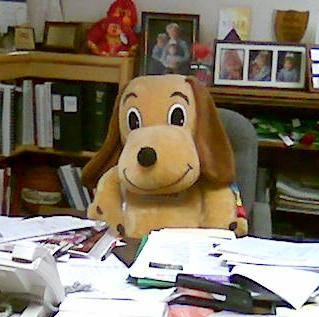 You'd think Will was getting ready to run the marathon.

Just picture him, slightly out of breath, towel around his neck, dashing about … soaking in everyone's advice.

"Will! Tell him you hate bears!"

"Tell Colbert your next coaster will be made out of Lincoln Logs."

Don't get added to the "On Notice" board …

"What if he asks you why you pronounce your last name that way?"

Dad, can you get an autographed photo for my History teacher?

But I'm not worried. Will is quick on his feet. Good sense of humor. Infectious laugh.

Just as long as his head doesn't explode in the next 22 hours.

Haven’t even posted links to the articles that came about following last week’s announcement, and bits o’ Bakuli start showing up already.

These pieces are for the bakuli.

You know, of course, that bakuli is the Swahili word for “bowl.”

And that bowl is a big’un. Sixty feet across, that bowl.

Heaved up onto its side, that would be about six stories tall.

Don’t know that we have a six-story building here in Santa Claus.

Well, yes I do know. I finally figured it out.

Excuse me while I head for home to make sure it’s not still in the back of my closet.

We all know who Koch is…

As in The Colbert Report.

I visited Holiday World for the first time since I was a kid (25+ years ago), when it was called Santa Claus Land.

I wanted to convey to you that I was pleasantly surprised.

The park was clean, wholesome, and economical. The family orientation and Christian values presented in the park are obvious in both the aesthetics and the employees throughout the park.

I felt comfortable and relaxed the entire time.

We only had a chance to watch one show, which was the diving show, and it was great.

The only negative is that Holiday World is three hours away from Nashville. We could use a park like yours here!

Thank you for a great experience!