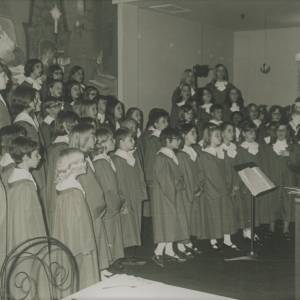 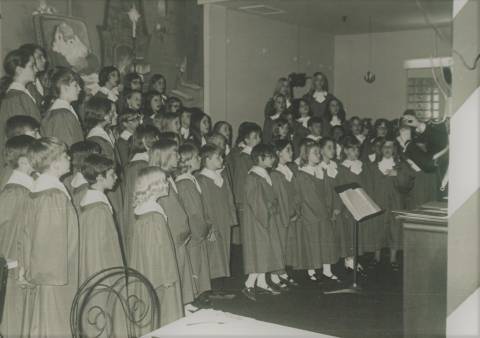 Has it really been 40 years?

All these children are grown now, with children (and maybe even grandchildren) of their own.

Time, it seems, flies as fast as Santa’s sleigh on Christmas Eve

Just in time for Christmas, we’ve dusted off this film (yes, this was long before VHS tapes or DVDs) of the Santa Claus Land Children’s Choir. This choir, made up of local children,  performed here at the park in 1970 and 1971.

Merry Christmas to you and your family from all of us here at Holiday World & Splashin’ Safari!

We started out, back in 1946, as a park called Santa Claus Land.

Here’s a rather remarkable precursor to today’s infomercial.

And yes, it includes a darling Santa Jim cameo. And those well-remembered educated animals.

If you enjoy learning about the history of Holiday World, you might like a copy of our pictorial history book for under the tree this year, signed by author Pat Koch. It’s available on our online HoliShop.

As Santa Jim would say, "Merry Christmas to all!"