Last week, Mrs. Koch and Dan accompanied our marketing director to the Statehouse for some meetings with elected officials.

When they peeked in to see the goings-on in the House, our local Representative, Sue Ellspermann, asked Mrs. Koch to say a few words.

Since it was off-the-cuff, there was no script. (Not even a few notes for a  blog post.)

Happily, Representative Ed Clere posted an opinion piece about those brief yet poignant moments in his local paper:

Not everyone who spoke on the floor of the House last week was an elected official. In any given week, we typically hear from a number of Hoosiers from all walks of life. Before the state of the judiciary address, we heard from Pat Koch, whose family owns the Holiday World theme park. Her remarks are worth quoting:

“I usually don’t ask permission to speak, but that was very kind. I am the cleaning lady at Holiday World, and I’ve enjoyed all of my 50 years there. Our park will celebrate its 65th year this summer, and we will do it without our firstborn, who left us in June, but we will carry on the family tradition of 65 years that Louis Koch began when he came there in 1946, that my husband, Bill Koch, who’s been in this room many times, carried on and then our son Will and now our son Dan and Will’s family.”

Will Koch died last year at age 48, and his mother’s voice wavered when she mentioned his passing. She continued: “We know that our mission is not to be an amusement park or a theme park, but our mission is to serve people — to bring joy to people, to be a Mecca of love and respect, cleanliness, friendliness — all those good values that we keep and that we hold, and we're going to keep working at that year after year after year, and to train, mentor and to develop young people, who learn many, many skills. So we love what we do. We are very appreciative of all of you and the wonderful work you do. We are all servants, are we not? We are all here to serve. And if we do that well and make a difference, our world can be a better place. So thank you very, very much for this opportunity. Our family thanks you. Our Holiday World family thanks you. Come on down. I might give you a free pass.”

With that, the chamber erupted in laughter and applause, and Mrs. Koch's son Dan, who was by her side, gestured to dismiss his mother's offer, which she quickly amended: “I promise free soft drinks.” Of course, soft drinks are always free at Holiday World.

It was a light, funny conclusion to a poignant appearance by the matriarch of a great Hoosier family business.

Several representatives added their remarks. Among them was Rep. Bruce Borders, a Republican from Jasonville, a small city west of Bloomington. The House is full of colorful characters, and Rep. Borders is no exception. The insurance agent, former mayor and Elvis impersonator joked about his late friend's lobbying efforts: “Whenever he would talk to me about legislation, we were usually like 15 stories high.”

I’m expecting some highflying debate this session, but after a good start, there’s no reason it has to become a roller coaster. Hoosiers deserve a smoother ride.

He grew up visiting his grandparents in Bedford, Indiana, each summer … and remembers the "long, long" drive to Santa Claus Land back in the 1950s.

His mom ran across this wonderful old photo recently.

That's Steve on the left; his sister Sharon is in the middle — and that's their uncle Raymond on the right.

This area is "back of the house" now, with the Santa statue moved out into the Christmas plaza.

Does anyone else remember riding this little train long ago? When the snow falls in the town of Santa Claus … a lot of Santa statues get snowy.

Felt so sorry for this fellow that I took off one of my gloves and used it to clear the snow from his eyes (you probably recognize Santa from our Christmas Plaza — he’s considerably taller than me, so I could only reach his eyes by standing on tip-toes and fwapping my red leather glove back and forth).

Worried a bit at first he might think I was challenging him to a duel, but he was very understanding. Since I was so up-close-and-personal with the jolly gent, I got an eyeful of my own. A good inch or two of snow was resting a-top his snowy-white beard.

I don’t know exactly why, but it made me think of those Chia Pets that get marched out each Christmas shopping season. Only white.

And now that jingle is stuck in my head: Sa-sa-sa-Santa! 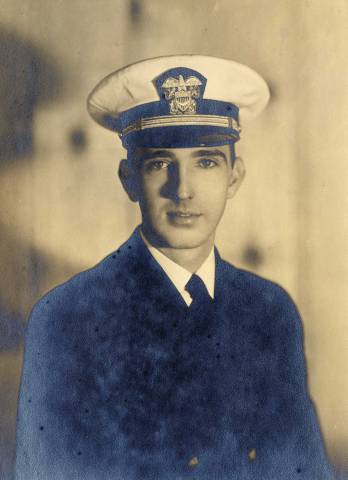 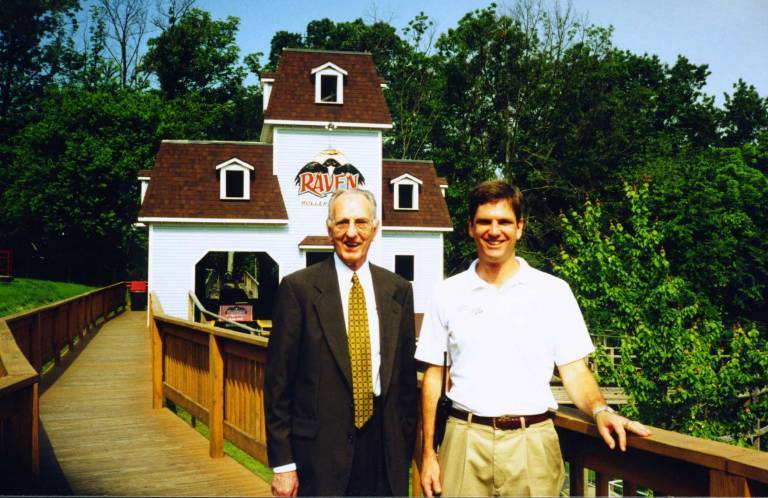