Not every letter to Santa is a request for presents for that child. Sometimes the child has someone else in mind. Have the children in your life written to Santa yet? Here’s his address: Santa Claus, PO Box 1, Santa Claus IN 47579. Merry Christmas!

We have a guest blogger today. Rides manager Lori had an interesting experience at the New Tech Institute in Evansville.

Eric (Director of Special Events), Cathy (Director of Cleaning) and I recently visited a class of sophomores who are studying Africa.

Instead of simply lecturing about the country and its culture, the instructors created an interesting group project.

The project was to design a theme park that could compete with Holiday World & Splashin’ Safari as well as reflect the culture and history of Africa. The students were to draw a map of their park to display attractions themed for some of Africa’s World Heritage sites.

The students did a fabulous job. We saw so many innovative ideas!

One group had created a monkey ride that carried riders in barrels and another had rides located on a star-shaped island. Several of the parks were actually “built” in the shape of Africa. One park even offered free soft drinks (hmmm…where’d they come up with that idea?).

After speaking with the different groups, we each choose our favorite park. Cathy, above, loved the comfortable seating options in one group and Eric, below, was all about the park that modeled closest to Holiday World. My favorite design had themed sections from periods of Africa’s history. The group even drew their images by hand – and they were so detailed! It was wonderful to see so many neat ideas come together in the classroom – who knew a history project could be so much fun? Here is another in our series of Letters to Santa from over the past century. Let's head back to 1967 for this first grader's request … Have the children in your life sent their letters yet? Here's the address: Santa Claus, PO Box 1, Santa Claus IN 47579. Please send soon!

For 98 years, the folks in Santa Claus, Indiana, have helped their town’s namesake ensure that every child’s letter to Santa receives a personal reply.

Occasionally, those letters give us pause.

Pause for the Claus, if you will.

During this busy Christmas month, we’ll post some of the letters we’ve saved from over the years.

Let’s start with this letter from Timothy.

Apparently, Timothy is far more concerned with advising Santa than asking for presents: If you’d like to see more letters, please check out the Santa Claus Museum’s website for their hours of operation; they also have a Facebook page.

Even during Thanksgiving week.

What's not to love about fireworks?

Long-time HoliBlog readers will remember we posted a fireworks photo in 2005 just days before we announced that we would be adding a Thanksgiving-themed section and The Voyage roller coaster.

To me, this was a big ol' HoliHint. Looks sort of like an upside-down turkey, doesn't it? When Eric, our special events director, notified the staff there would be a brief fireworks display being testing in the Raven Parking lot last week, he never dreamed how short the show would be.

Our fireworks vendor didn't waste any time starting – or ending – the demo. Communications manager Nathan had some fun saving the moment for posterity.

Dan’s like a kid in a candy shop when he stops by the Mammoth construction site.

He just can’t help himself.

This morning, he dragged his mom along with him. The first few pieces of Mammoth tunnel are already assembled up in the woods. It’s not exactly a stretch to say this is one of many, many building blocks for our second water coaster.

Not that Wildebeest is suddenly a little squirt, but … well, you make the comparison: Want to watch Mammoth construction? Take a look at our live ConstructionCam (during daylight hours, of course).

Are you one of those people who easily takes on another’s accent?

It has something to do with empathy levels, I think.

I remember, years ago, getting on an elevator with a person from the UK (England, that is … not an institute of higher learning in a bordering state).

He and I started chatting and all of a sudden I realized I was putting a bit of Brit into my conversation. I was mortified, concerned he’d think I was making fun of him.

Either he was used to it or just didn’t notice. Or perhaps he was just more polite than I appeared to be at the moment. An international incident averted.

A number of us have spent the week in Orlando, at the huge trade show for theme parks.

A group called the Coaster Crew asked to meet up with Dan at the ProSlide booth, to talk about Mammoth. When Dan came bounding over, ready for the video interview, it became immediately apparent he’d taken on ProSlide’s Canadian accent, eh?

Suddenly "about" was "a-boot" and our Mammoth "boats" were "boots."

And speaking of "boots," we’re curious to know your preferences. We’ve ordered six-passenger round boats, as pictured below, and there may also be an eight-passenger version – tobaggan-style, like on Wildbeest, but with riders positioned two across. Which do you think you’d prefer? Please "vote" in our poll, below:

Forgive the pun in the subject line, but looking at the photos from the Mammoth construction site this week, it becomes apparent that these pillars are all lining up to create the world’s longest water coaster. Just in time for Thanksgiving, no doubt.

Indeed, is this surveyor writing down coordinants, or a grocery list … Meanwhile, it appears we decided against parquet floors for the Mammoth pump pit.

Here’s the slightly stronger materials that will be used: Did you know we have a Mammoth ConstructionCam here on our website?

Remember, when it’s dark out, there’s nothing much to see. But during daylight hours, there’s lots to watch as Mammoth comes alive. 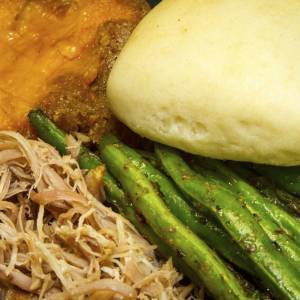 We first posted this recipe nearly four years ago, and it is by far our most requested HoliBlog entry, so here it is again.

With a photo and video, this time.

When we opened Plymouth Rock Cafe in 2007, we chuckled all summer long as emails came in requesting the recipe for our green beans. And as the park closed for the season, folks weren’t just bemoaning the long cold winter without Kringle’s pizza … they were wailing about the lack of, um, green beans. That’s right, the green beans were a big hit.

One newly engaged woman even asked for the recipe so she could serve our green beans at her wedding reception.

And so, here’s our recipe. It calls for a lot of beans, but is easily reduced by half or even fourths for a smaller appetite. 1. Melt butter in skillet.
2. When butter is melted add green beans, then both seasonings.
3. Continue sautéing while flipping green beans until thoroughly heated but still crisp; they will continue cooking once you take them out of the skillet.
4. Tip: You want them to wiggle just a little when you take them out. If they are floppy they will be very soggy when you are ready to eat. They only take a few minutes to cook and the closer you make them to the time you are ready to eat the better they will be.

Would you like to watch a cooking demonstration? Michelle takes you into our kitchen (please note she is making five pounds in this demo – but uses the full amount of butter due to the pan being so large; at home, half a stick of butter plus a squirt or two of olive oil should do the trick):

And no matter what time of the year you fix this dish: Happy Thanksgiving!

If you ever want to get an immediate reaction out of any of us full-timers, innocently pose this question from November to April:

"So, do you all head to Florida when the park’s not open? Do you even go into work?"

The answers are "no" and "heck yes." About 80 of us stay plenty busy during the cooler months.

Here, for example, is a photo of Eric’s desk.

Eric is our Special Events & Projects Director. He’s the guy heading up our Happy Halloween Weekends event for 2012.

…but you could probably figure that out on your own. Are you starting to look forward to next October’s event? Please tell us what you’re looking forward to and we’ll let Eric know. And if you have any ideas not on this list, please post a comment below (click "Add new comment").