Home // HoliBlog // What if we hosted the Winter Games?

What if we hosted the Winter Games?

With all the hullabaloo about the Winter Olympics lately, it got us to pondering … what sort of competitive games could we host here during these seemingly endless weeks of snow and ice?

Off went an email query, quickly followed up by a Holibaloo of our own. Here’s a sampling of the responses:

First of all, Santa might have a challenge keeping the torch lit, what with all the “wintry mix” we’ve experienced the past few months. Yesterday alone, we had rain, sleet, snow and some other combination that was sort of bouncy.

No matter what the weather, though, we can count on Santa to smile and wave.

Hang in there, Santa – summer’s coming!

Brett from Accounting is super-busy this time of year and couldn’t quite think outside of his office’s four walls. Brett proposes a  papercut-throat game of Desktop Paper Stack Curling. Josh from HR is obviously a very cool dad. He’s ready to coordinate Ice Races down Jungle Racer. Josh is a sports fanatic and even has baseball stadium seats in his office.

Another sports fan is Lauren in Communications (according to her coffee mug she’s Head Coach of the Reindeer Games Athletic Department). Lauren’s ready to issue a Gobbler Challenge: Players from each team compete in a tournament to determine who will take gold in turkey calling.

Sylvia from Admissions is thinking about upcoming seasonal training; she wants a Smile-athon to brighten up the Front Gate.

Ashley is in Special Events, so it comes as no surprise that she’s ready to head up a multi-ride event. Bobsledding on Mammoth and Wildebeest, anyone? But first, it appears Holidog has something else in mind. Something called “Digging for Bones Delegation.” Brandon in Guest Services wants to time Restroom Breaks for the Rides Department, to see how quickly management responds once the “RB” call is made (no, that doesn’t stand for Root Beer, although there may be some cause and effect involved) plus coordinate Cross Country Speed Walking Trash Pickup for the messes, er … masses.

Foods? What else might they possibly be thinking about? And Nathan in Communications, well he’d put together some sort of Artsy Photography Challenge. And me? Well, curling sounds good. As in: curling up with a good book and a cup of cocoa. It’s our  “slow” season, after all!

It appears, however, that Hilbert, Millie, and Dorothy are already in training: 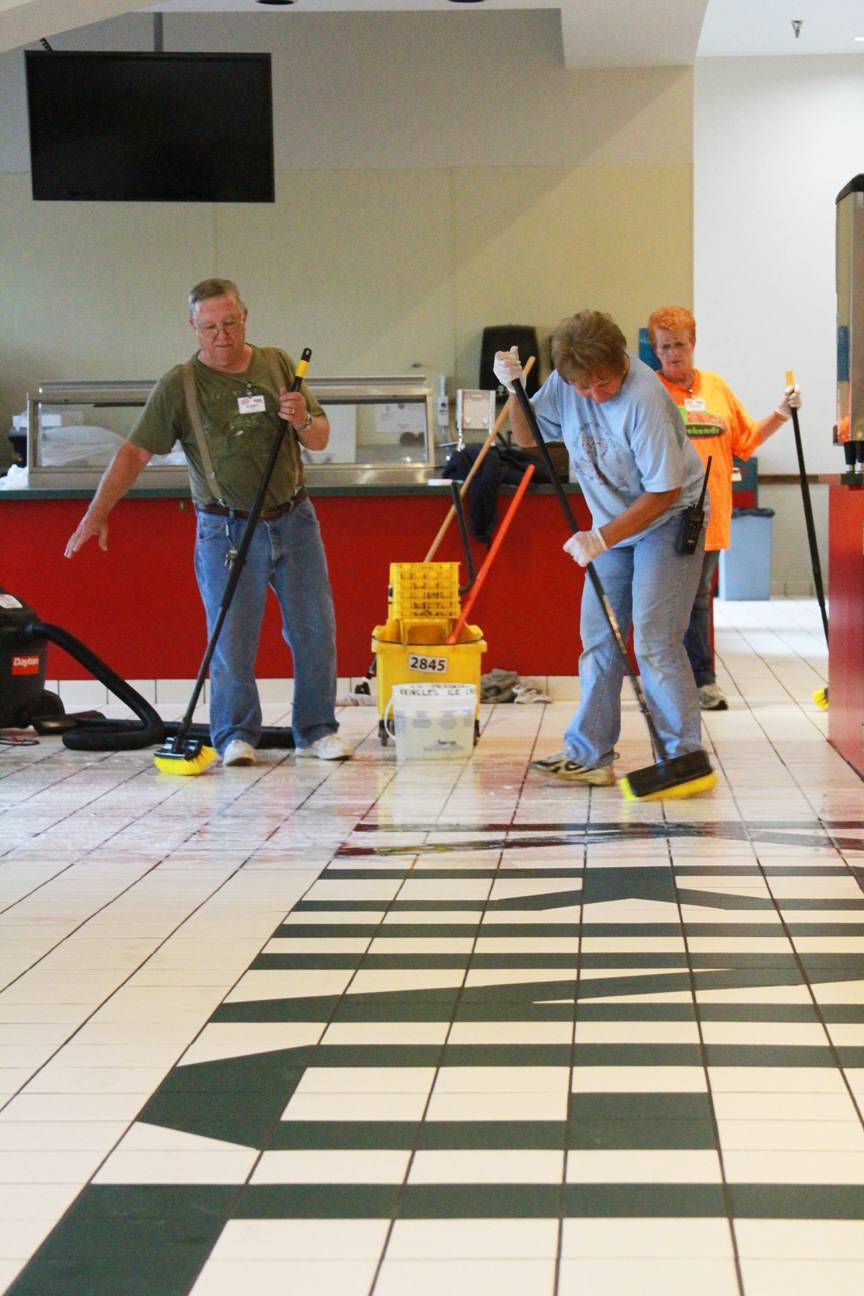 Okay, clever readers, your turn: What games would you add if the Olympics were hosted here?