Are we there yet?

Have you ever wondered where that phrase originated?

Are we there yet?!

Could it have been … on board the Mayflower?

It was, after all, a 66-day trip, crossing the Atlantic Ocean to the New World.

Our story begins with a little event we threw for members of the roller coaster enthusiast clubs we call our “partner clubs.” 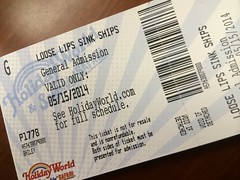 Late last week, we had about 150 enthusiasts gathered from all over – including Texas, Seattle, and London.

And we’re not talking London, Kentucky.

One of the perks of these events is a little something called a “walk back.”

A photo walk back. Video, too. Up close and personal with The Voyage.

All will be explained eventually, but after the group had trudged up the hill toward Voyage’s spaghetti bowl, an Ohio lad named Lee spotted something unusual near The Voyage’s underground tunnel.

We called Safety Craig to investigate.

Lee decided we should allow Safety Craig exactly one minute to answer the call. It sure was handy that Lee carries an egg timer in his pocket.

Leah and Lauren were able to talk Lee into giving Craig an extra minute. Thanks, Lee.

The red arrow in the photo points to what Lee saw with his seven-year-old eyes. 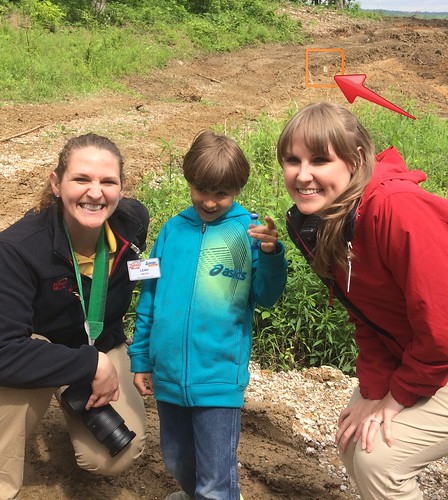 Safety Craig arrived with several grains of sand to spare and invited Lee to accompany him to the excavation site.

The enthusiasts gathered ’round, enthralled. 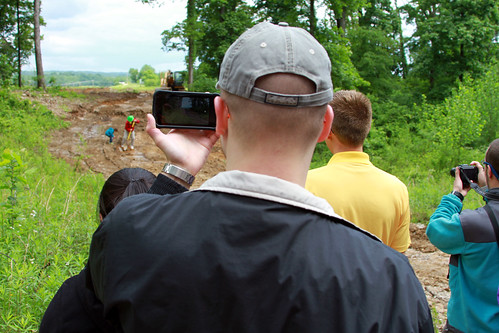 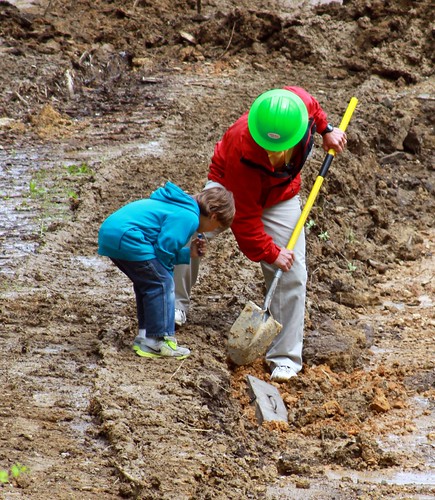 As they pulled a very old wooden box out of the ground, Lee and Craig were joined by Leah, Lauren and Matt.

Clearly Leah has watched one too many late-night horror movie reruns. 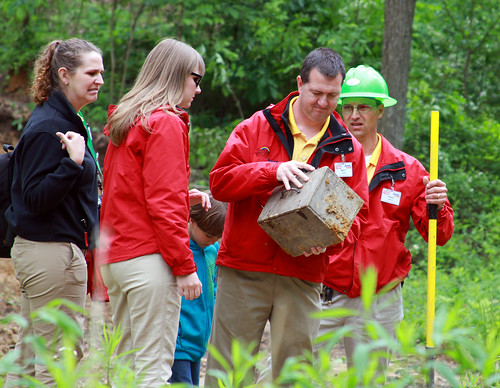 Matt carried the mysterious box back to Plymouth Rock Cafe, so its contents could be revealed. 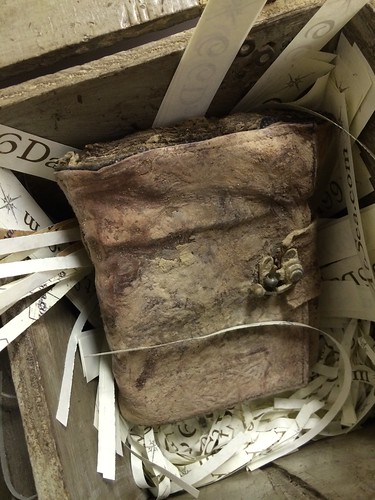 Later, when the enthusiasts returned from their extra rides on The Voyage, even scraps of paper were documented. 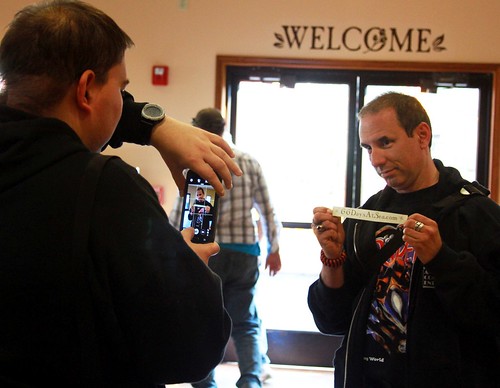 Those scraps of paper that were discovered with the journal contained the following URL: 66DaysAtSea.com

And so we begin.

Day by day, we reveal journal entries written long ago by a mother on board the Mayflower. 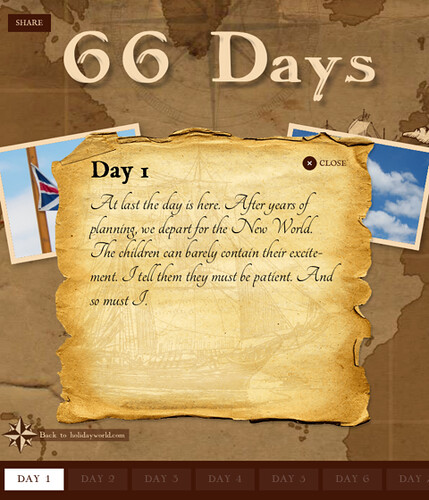 Please follow along with us as we experience those 66 days and learn just a bit about that incredible voyage back in 1620.

As you read each day’s entry, you just might get a hunch or two about what we’re planning for Thanksgiving next year. Want to take a guess?

Meanwhile, if you’re curious about these coaster enthusiasts and their clubs, take a look at the HoliWood Nights page on our website – you just might want to join us!

Either way, we’re not tipping our hand (or our ship) before July 24.
___
Would you like to receive HoliBlog notices – along with news releases and sweepstakes – by email? Sign up here and you can choose whether to receive the emails weekly or the same day the blog posts are published. Thank you!