My new initiative here at Holiday World is to make every day feel more like a holiday. I don’t know if you’ve noticed, but that means we’re having fun with the little random holidays happening, such as National Barbecue Month in May and other day-long celebrations.

So when we met last month to discuss July promotions (and July holidays), 66Days writer and Communications Director Paula pointed out that July 14 was Bastille Day.

The conference room went dead. Apparently I wasn’t the only one who needed a reminder of what Bastille Day celebrates. (Paula’s note: To be fair, I put on my juiciest French accent and said, Le Quatorze Juillet; it’s a wonder anyone caught on.)

But our newest VP, Chris spoke up to break the silence. “We could do something with cake pops – you know, ‘Let them eat cake pops.’” 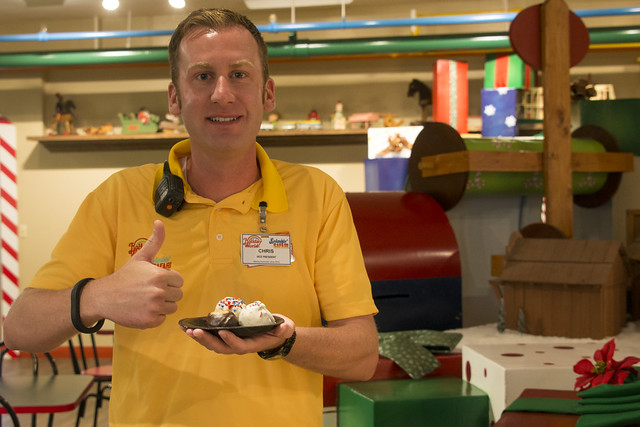 Paula and I burst out laughing. We’re not used to people being wittier than us (just kidding …).

That’s when we all knew Chris is right where he belongs here. I think we should keep him. 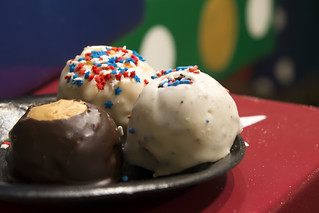 I don’t know if we’ve talked much about our new VP Chris. He always seems to be running about a mile a minute — maybe faster!

To properly introduce Chris, I was going to ask him to provide a hint about our 2015 project, but we realized he already gave you a hint. (Think about it — it’ll make sense eventually.)

In case you’re looking for a cake-pop promotion, malheureusement we decided against it in favor of National Gummy Worm Day celebrations. After all, having to explain that Bastille Day celebrates the storming of the Bastille prison in 1789 , the beginning of the French Revolution, and the chopping off of heads – well, that might slow down the lines at Mrs. Klaus’ Kitchen just a bit too much.