SANTA CLAUS, IND. —– A past performer from Holiday World will appear on Wednesday’s “San Francisco Audition” episode of American Idol on Fox TV. 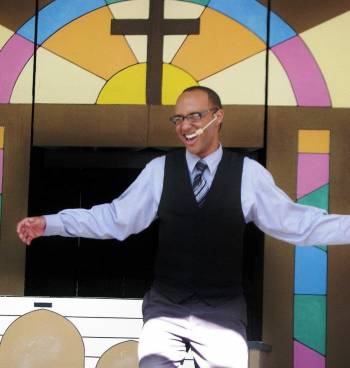 Rayvon Owen performed in the park’s Rejoice! show as well as the Legacy acappella group in 2011. Also a songwriter, his “Brand New Day” was featured in last year’s EPIC Praise show at Holiday World.

Sandi Fortune, the park’s Entertainment Director, says she remembers him well: “Rayvon always put on the best show possible. He is a true performer with an incredible heart.”

Meanwhile, local auditions for Holiday World’s 2015 shows are scheduled for Sunday, March 1. For details, visit the park’s website at HolidayWorld.com/Auditions.

Holiday World opens for the season on April 25, with the premiere of Thunderbird – the nation’s first launched wing coaster. Splashin’ Safari opens May 13.