Rayvon Owen, a Holiday World entertainment alum, is making his way into America’s living rooms with American Idol! (Okay, once his audition video was available online, I kind of figured he was going to make it to Hollywood … and it will be incredibly exciting to see him perform tonight!)

We’re proud of all of our Holiday World entertainment alumni, and it’s especially exciting when the rest of the world (well, in this case: JLo, Harry Connick Jr., and Keith Urban) figures out what we’ve known all along: these performers that come to Holiday World are incredibly talented, and they’re also wonderful people.

When he first came to the stage of Hoosier Celebration Theater, we knew Rayvon’s voice was incredible. We knew he could make any song sound amazing.

We quickly discovered that Rayvon was more than just his voice, or even his incredible performance abilities. He fit in easily at Holiday World because he had character. And also a sense of humor. 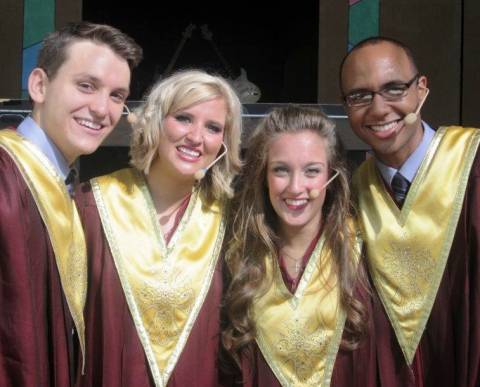 He isn’t afraid to poke fun at other people (but he’s always good-natured about it). He’ll poke fun at himself too. When I went to go take photos of Rejoice, the cast (but mostly Rayvon) would tell me about the funny things one of the girls (Felicia—whom they lovingly renamed Felicity) had said, and then share something ridiculous Rayvon had done.

I think this post on Facebook says everything you need to know about Rayvon: he’s humble, he’s dedicated to God, and he’s good-natured (in case you missed his audition, Keith Urban thought Rayvon Owen said his name was Rayvono—that’s why he signed it that way). 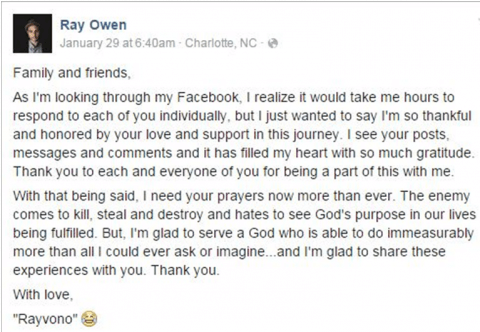 Also as a side note, I love “Brand New Day” and I kind of hope everyone can hear it and enthusiastically join #TeamRayvon.