A long wait for David DeLong

We first met David almost exactly nine months ago. He was the “new guy” at WFIE-TV and was excited to cover our big “what’s new for 2015” announcement.

Over the months, David checked up on Thunderbird construction nearly every week. Together we trudged through the construction-site mud time after time, doomed to endure the taunts of our peers when they noticed our “hard-hat hair.”

And so it was great to see David arrive bright and early last Thursday morning, ready for his first flight on Thunderbird: 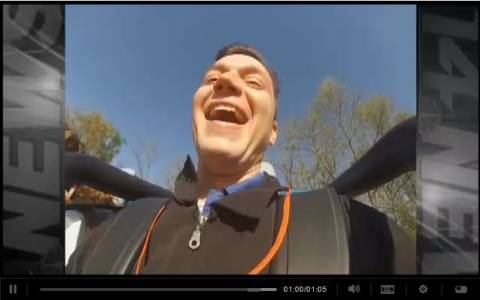 I do believe David’s gleeful shouts are still echoing in the woods and through Thunderbird’s fly-through barn.

It’s going to be a noisy summer!