Ronald Reagan at Santa Claus Land? We have proof!

From the Holiday World archives:

The Gipper is pictured above with our founder, Louis J. Koch, and Santa Jim.

The trio toured the park (which was not quite a decade old yet) and then the future president traveled a few miles west of here to visit what is now the Lincoln Boyhood National Memorial. 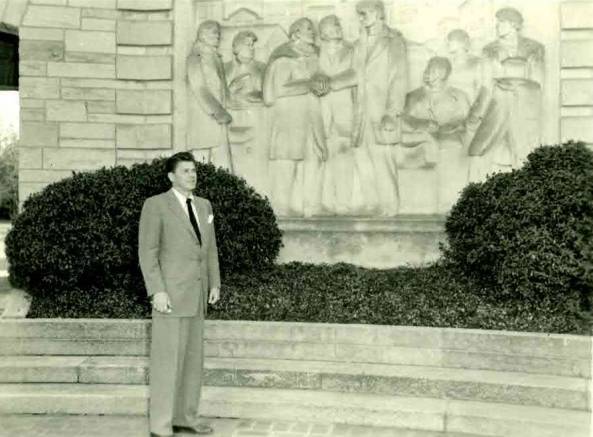 Back in 1955, the Lincoln property was a state park in tribute to Nancy Hanks Lincoln, Abraham’s mother.

Just a few years later, Louis J. Koch’s son Bill was in the Oval Office to witness another president sign into law the transformation of the state park to the Lincoln Boyhood National Memorial. 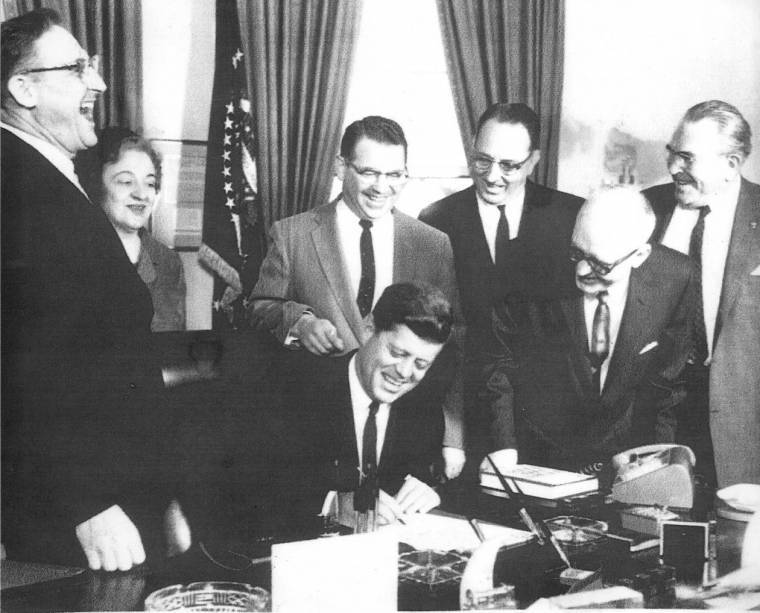 That’s Bill Koch, the third person from the right, with President John F. Kennedy signing the document. What a day that must have been!
___
Would you like to receive HoliBlog notices – along with news releases and sweepstakes – by email? Sign up here and you can choose whether to receive the emails weekly or the same day the blog posts are published. Thank you!