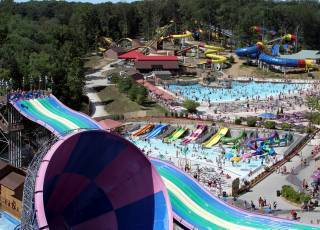 “The votes for this TripAdvisor award came from our visitors, who were impressed with not only our fantastic line up of water rides, but also the friendliness of our staff,” says park president Matt Eckert. “We greatly appreciate the many reviews posted on TripAdvisor – we read every one.”

Splashin’ Safari’s water coasters were recently featured on People Magazine’s website as two of the ten best water slides in the nation.