Eric, our VP of Marketing, texted me earlier today that while he sat in on a new-employee Orientation session, Brooke mentioned to the group that he was one half of a “HoliCouple,” meaning he and his wife met while working here.

The big reaction was when he told the assembled that the year he and his wife, Laura, met was 1999.

I believe the word he used to describe the group’s reaction was, “Whoa!”

Life gets tough when you hit your mid-30s. I vaguely remember that …

So let’s go even farther back in Eric’s history to when he was in Kindergarten.

Disclaimer: I tell you this story with Eric’s permission.

Eric never said a word during his first year of school.

“I was selectively mute,” he told me. He talked at home, just not at school. His teacher, worried, sent him to the school psychologist.

“I talked to her like she was a family member,” he said with a grin.

Although still not a big talker, Eric has since found his voice.

No, that’s not Eric with the English accent. 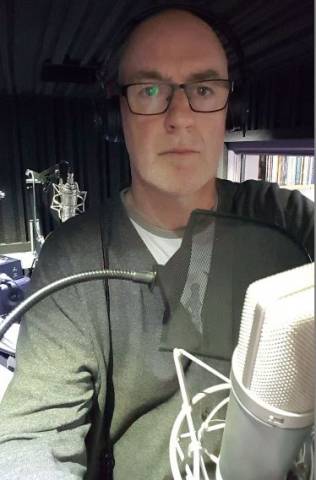 Karl records in his home studio and probably wonders what all the whooping and hollering is about.

THIS is Eric. He plays “Jim” in the radio spot. 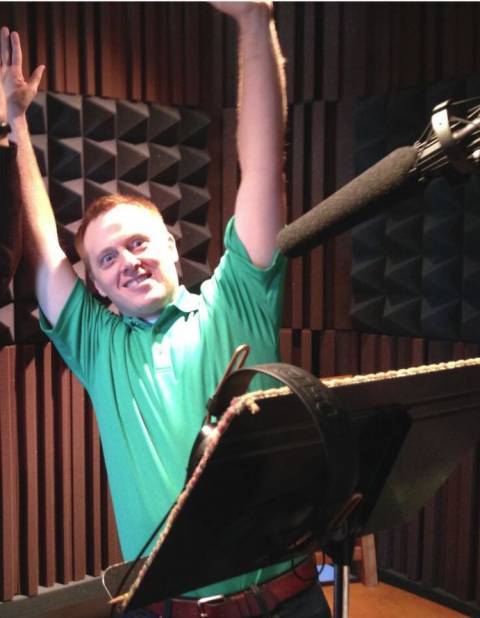 And now you know who that is making such a racket in the background of that spot.

Not to say Eric is some kind of magnificent actor, though – he was just remembering his last ride on Thunderbird. He loves that thing.

Would you like to hear our other radio spots? Head over to our HoliSounds page … and while you’re there, maybe tune in to an episode or two of The Official Holiday World Podcast, too!

One Response to “Old yeller”