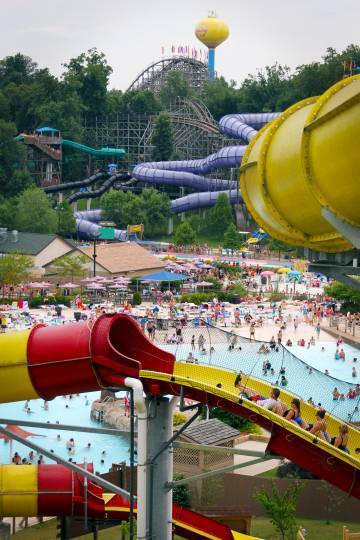 For the seventh year in a row, Holiday World’s Wildebeest water coaster was named the World’s #1 Water Park Ride. This top honor was announced by Amusement Today magazine, which presented the results of its annual survey of the “best of the best” in the amusement park industry during Saturday evening’s Golden Ticket Awards ceremony. In addition, the park’s Mammoth water coaster was named the #2 Water Park Ride, and Splashin’ Safari once again claimed the #2 Water Park spot.

“My family has really taken cleanliness to heart,” fourth-generation owner Leah Koch said in her acceptance speech. “The heavy lifting, though, is done by our Park Services team and all of our Hosts and Hostesses.”