I must warn you about this episode of the Holiday World Podcast: It’s the end of the season and we let off just a little bit of steam.

And I’m not talking about November 8, National STEAM Day.

We hope you enjoy our silly stories:

When we talk about STEM/STEAM Day, we mention Artrageous with Nate. Here’s that piece:

Today’s lesson – physics and coasters. I think we need a field trip to @HolidayWorld to learn from the experts! #SmartIsCoolDay #HoWoPo pic.twitter.com/UcAhN2fJy4

#TrickOrTreat! Our #Halloween costumes are ready and we’re off to scare up some candy. Think anyone will recognize us? #HoWoPo @HolidayWorld pic.twitter.com/CaE2k5eJs1

And as we wind up the ‘cast with our 70 Degrees of Separation game, here’s proof positive that we had a Showboat Theatre during our Santa Claus Land days.

Happy Kellems and his wife, Lillian, in the Showboat Theatre: 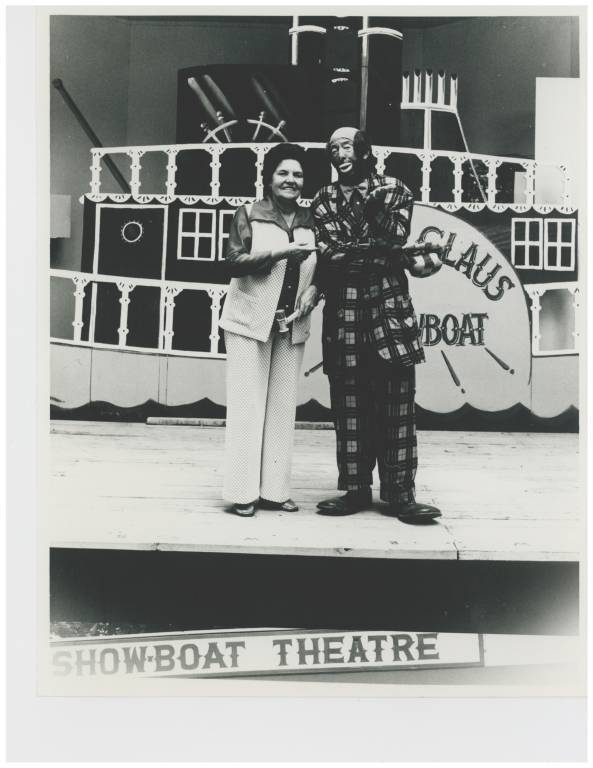 As we mentioned during the Holidays segment, November 15 is the final day to sign up for 2017 Season Passes for as low as $21/month. Head over to this page for Season Pass details.

4 Responses to “Podcast: The Season Wrap”