It’s hard to miss the irony behind this episode’s topic being Food … and yet there was nothing to sample.

Rentz kept twitching, thinking the door was about to burst open, with Justin bounding in with goodies. 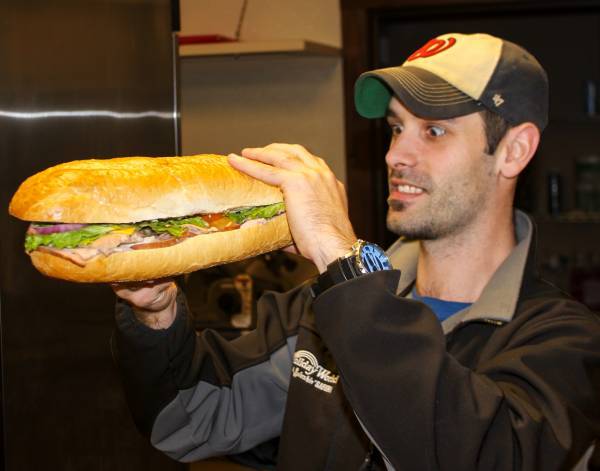 That’s Justin with a Giant Sub Sandwich, which will be on the menu for Cabana service this season.

Nonetheless, we survived. And we hope you enjoy this ‘cast:

For Wildlife Day, we talked about critters. All kinds of critters.

Actually, we didn’t even talk about the above occurrence (doesn’t the deer on the right look like a kangaroo?), but since Matt couldn’t produce a photo of his surprise childhood pet, we had to make do. Those deer jumped the fence to avoid bag check, apparently.

In our #HoWoPo Feedback segment, we talked about this hilarious video @CoasterDean shared with us on Twitter:

And Leah paused from her MBA studies to help out a fellow oboist (that’s how it’s spelled – I looked it up). 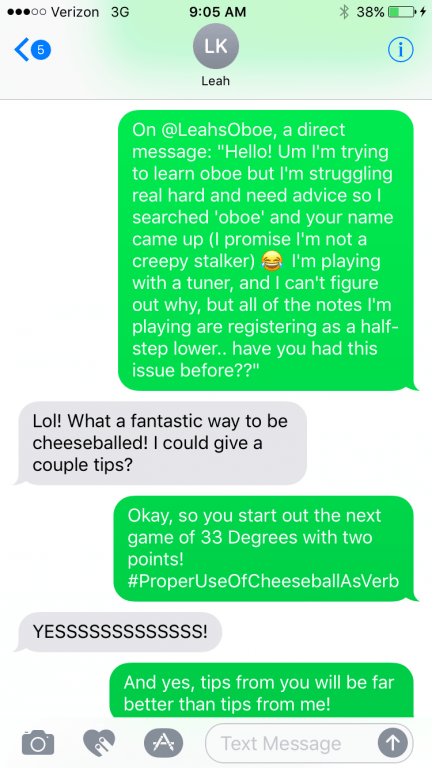 Is the Toothfairy Maze for real? Michael Bondy has proof:

Eek! I looked it up on YouTube, and sure enough there are videos of the maze. I sent a video link to Matt and his response was: Welcome inside my head as a child.   And here’s that tweet with the inimitable (and always adorable) William Shatner:

Don’t miss the look on Kitty Claws’s face! And Mardi Gras was properly ushered in with beads, horns, cake and party hats:

For 33 Degrees of Separation, we thought you might like to see a photo of Mr. & Mrs. Crosby taken during a secret trip in November 2014, when they were still just dreaming about heading into the ultimate Upside Down: 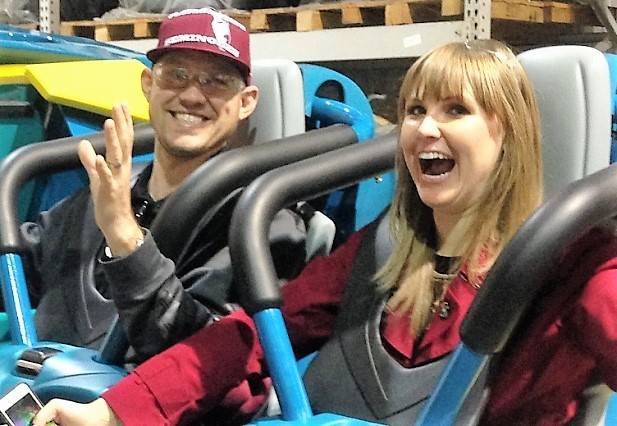