Blogs weren’t really a “thing” yet, so we had some explaining to do (just as we’ve had to explain the concept of a podcast to the uninitiated over the past year). In fact, we were the first park in the world to have its own blog.

What was going on back then?

April 7 was exactly a month before we opened for the season in 2005. That year, we added Bahari, our second wave pool.

Twelve seasons ago, the Roundhouse was replaced by Revolution.

That was also the year we added a second train to The Raven.

We were also getting ready to announce The Voyage.

That’s why we started this blog! 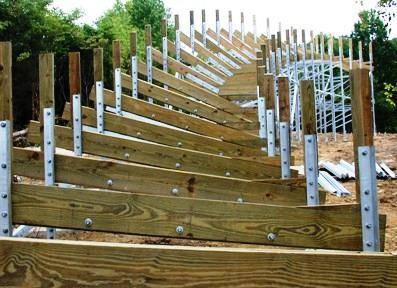 Back in 2005, we used far fewer photos. And video? Just a futuristic dream.

Looking at the posts from a dozen years ago, I see we mentioned “digital camera” several times. Because digital was sort of a big deal back then.

Who else is feeling old right about now?

We hope you’ve enjoyed the first 12 years of the HoliBlog – and will stick around for the next dozen.

Did you know you can subscribe to our HoliBlog so that you receive all of our posts (including contests) by email? If you’re using a desktop computer or tablet, look for the “Subscribe to Blog” sidebar at the top-right corner of this page. On a smartphone? Just scroll down a tiny bit more to find it.