With two weeks to go till Opening Day, the #PodSquad has a lot to do and a lot to talk about:

Here’s the video Redbook magazine put together about Cesilie, from our 2015 high-dive team:

We’re tickled by the joy these “replacement windows” have caused. 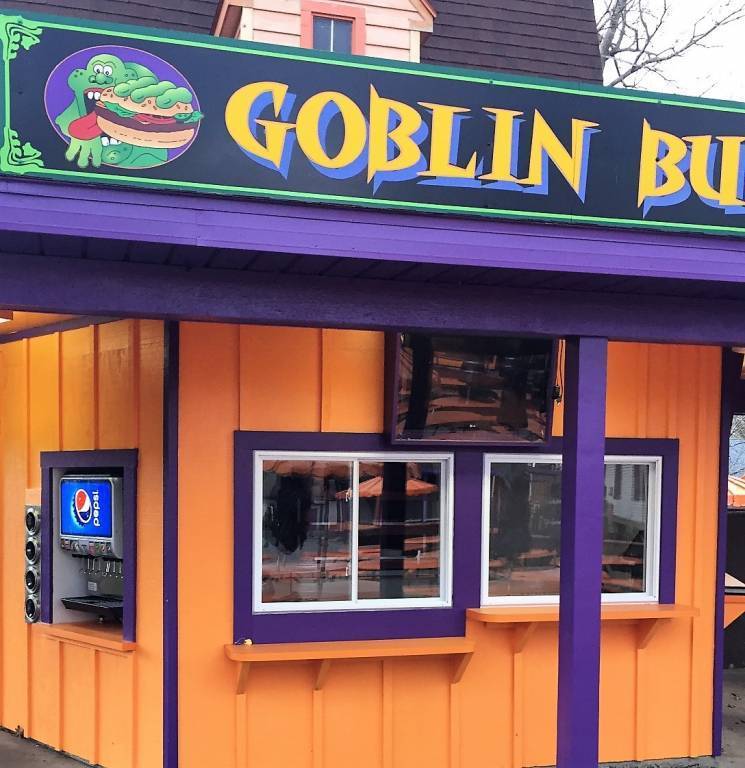 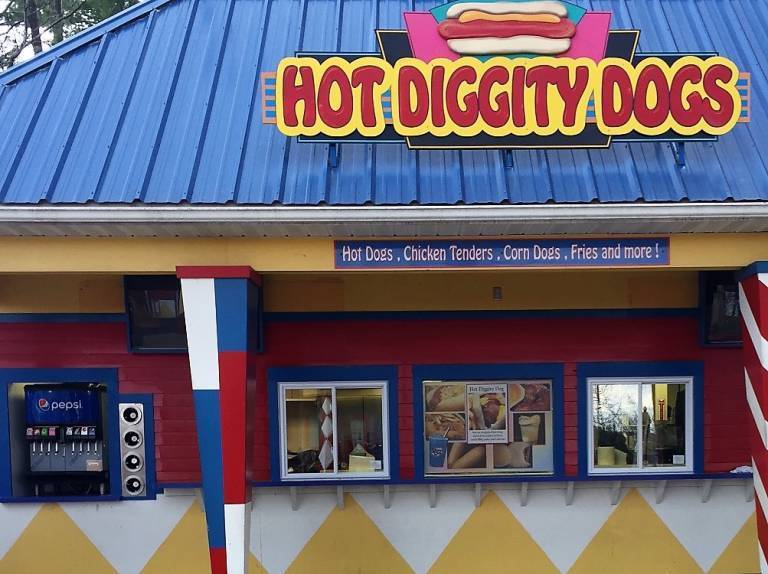 Here’s that Attractions Management selfie from the top of ol’ Voyage: 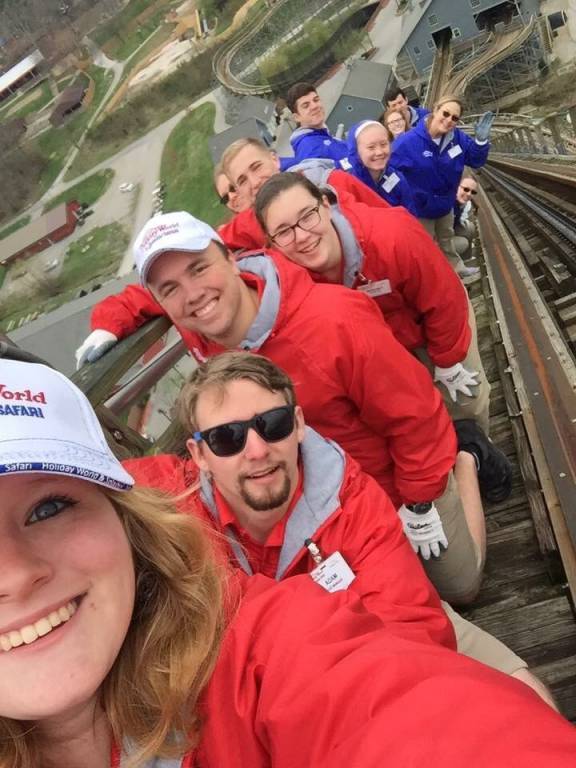 We mention the Thrill Factor shoot (you know, the episode of that Travel Channel show when Matt was on the losing team – the way Leah’s smiling, I think she already know the females won): 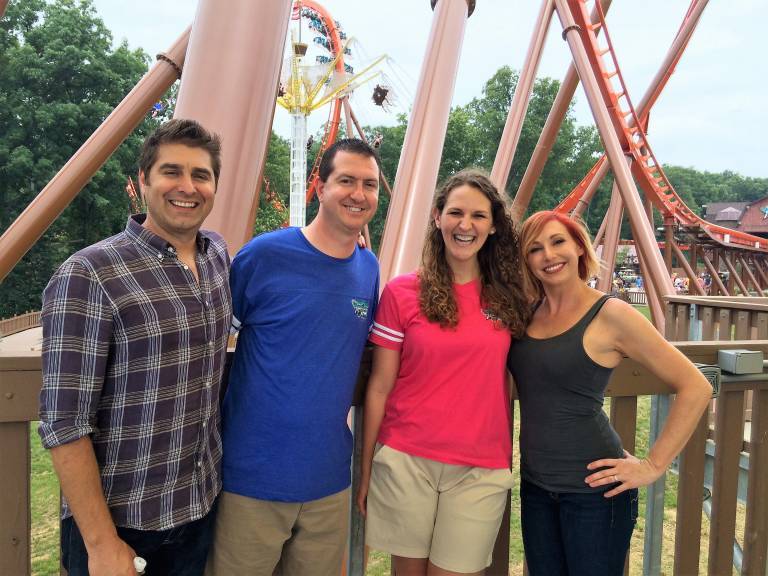 Here’s a look at the two autographed Thunderbird shirts we’ll have up for auction during HoliWood Nights in June, signed by Tory and Kari of MythBusters (and Thrill Factor) fame: 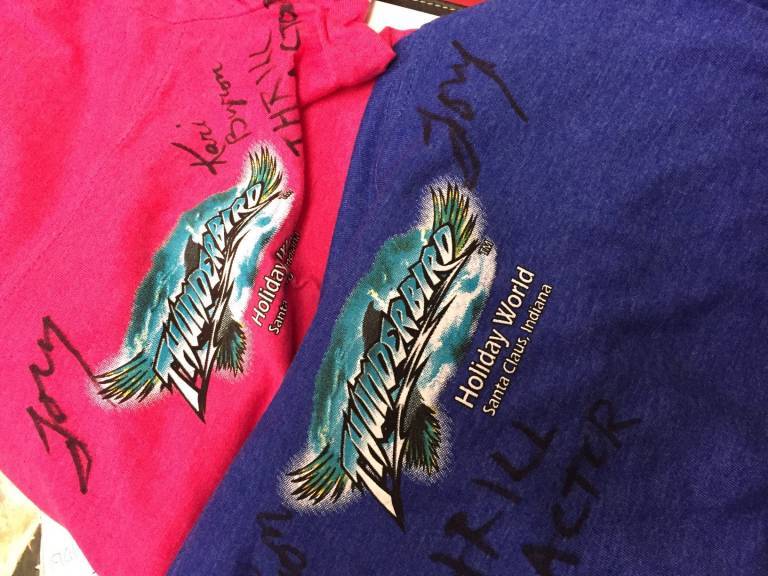 All proceeds from our HoliWood Nights auction will go to Give Kids the World.

Vanessa, our Retail Director, joined us for a bit to talk about what’s new in our shops.

Here’s the “character shirt” she was describing: 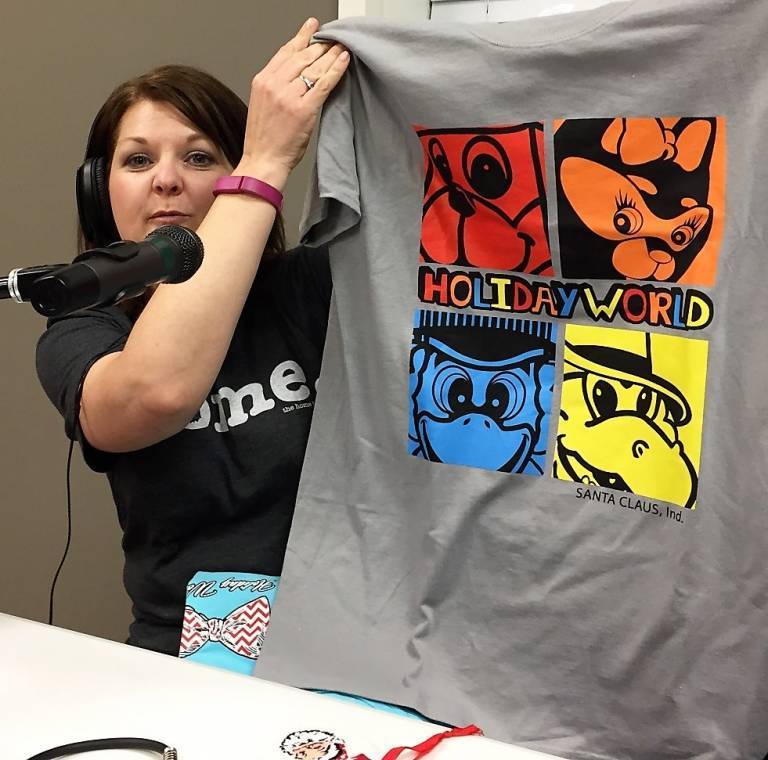 And Eric peered into one of the new beverage receptacles Vanessa brought, wondering how the heck they keep hot liquids so hot and cold liquids so cold: 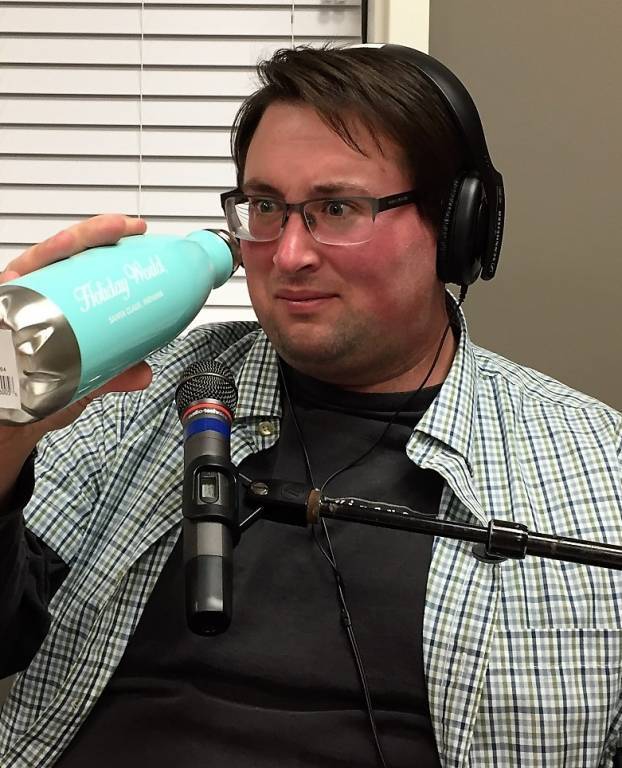 Get back with us about that, won’t you Eric?

Our Guide to Ride for 2017 is posted at last, the same week as the Easterseals Telethon (here’s our post about Andy, their Adult Ambassador, who was our first IT intern).

We had great fun yesterday morning with Amanda and Blake from WEVV-TV:

When we talked about Look Up at the Sky Day, memories of cloud formations used to tease our Thunderbird announcement abounded: 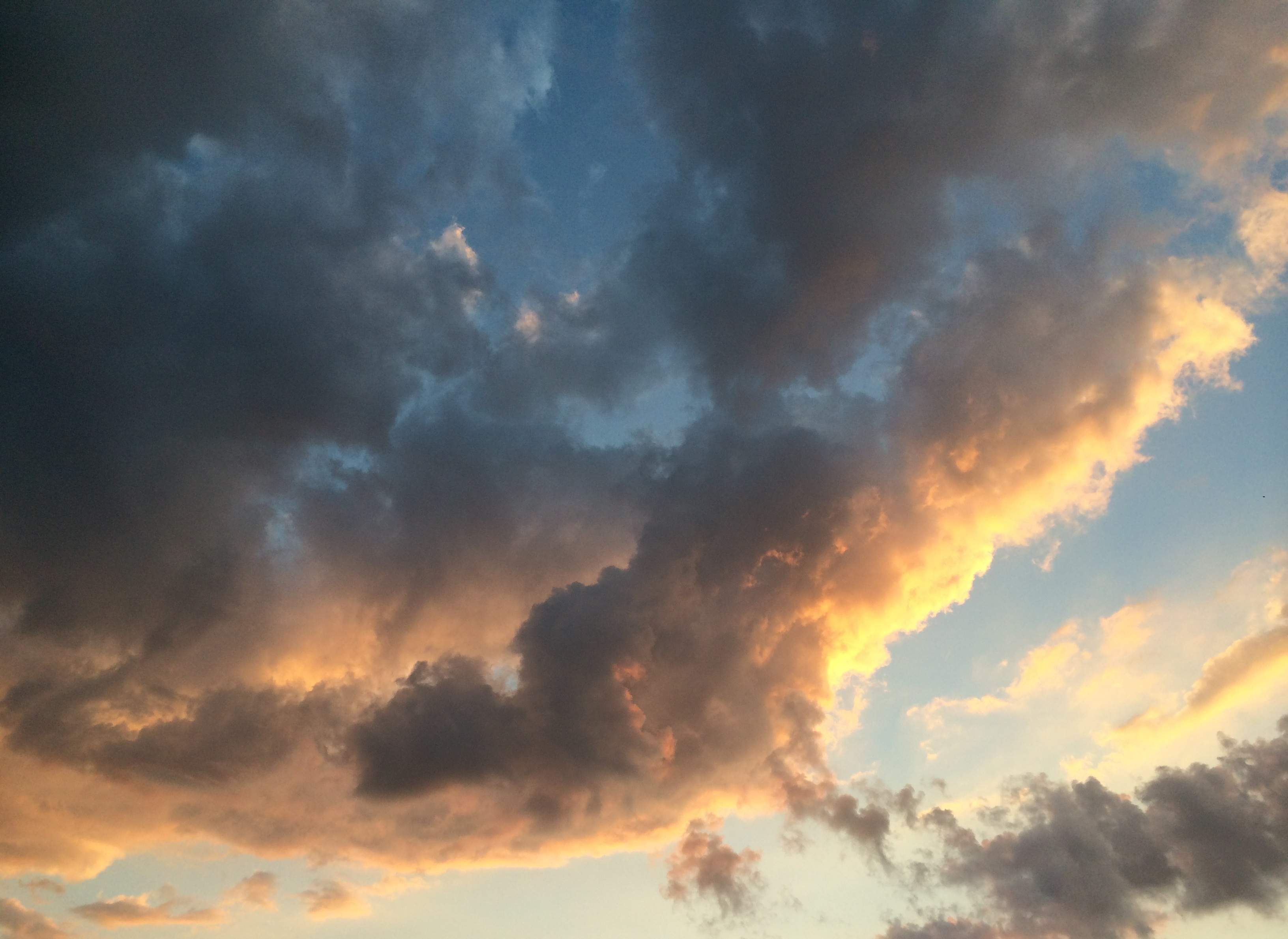 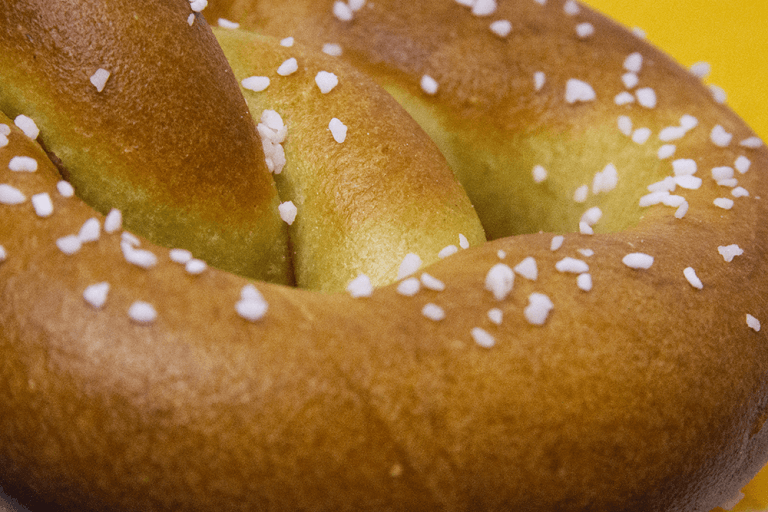 Here’s what Chase from Washington State sent us:

Thanks, Chase! And Matt really didn’t mean for a piece to end up in Eric’s chocolate dipping sauce … 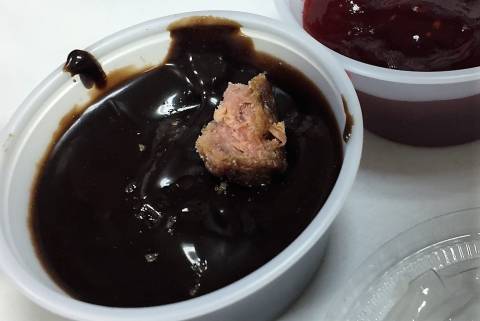 But WAIT – isn’t that how Reese’s Peanut Butter Cups were discovered? Or invented … or something like that? You might have something there, Rentz …

Justin brought us Churro Bites to sample and they were delicious. 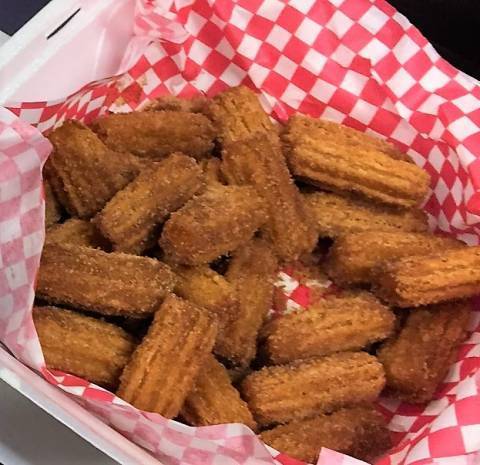 And finally, the Coaster Crew delighted us yet again; first for April Fool’s Day:

… and again for Barbershop Quartet Day:

We’ll end this post with one of those Firecracker photos as our painters “hit the deck” with their talents: 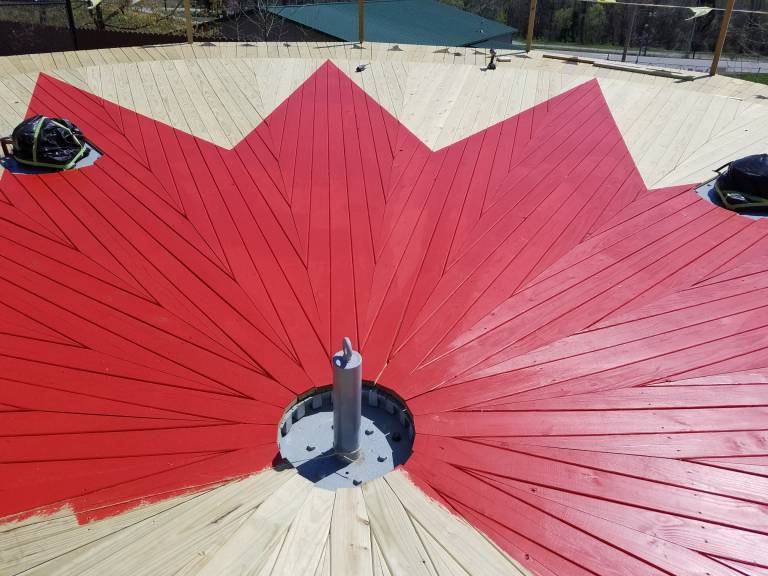