Our daily season is winding down (daily operation lasts through August 9, and then we’re open weekends-only) and the #PodSquad is looking forward to, above all, wearing anything but those yellow uniform shirts!

We hope you enjoy our latest episode:

We start with a chat about our recent appearance on the Travel Channel.

Emma was chosen to wear a GoPro on her ankle to shoot “reverse POV” of the school chums from Louisville riding Wildebeest together. 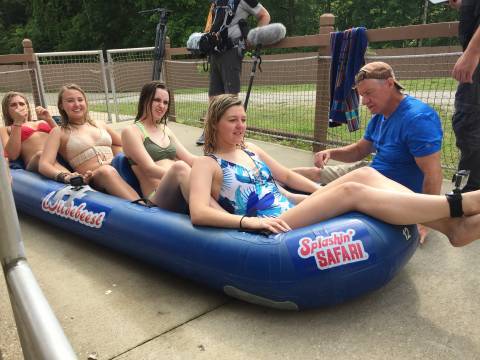 Riding Mammoth and Wildebeest repeatedly absolutely wore out these twentysomethings, but they were troupers! 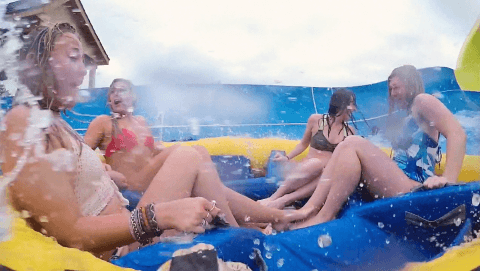 If you missed Xtreme Waterparks’ Primal Fear episode, catch a rerun on August 27/28 (late night and early morning) or find it on iTunes.

We mentioned our Rock the World Sweepstakes; Skillet fans, be sure to enter!

Ah, the #SeasonPassExcited story? Here’s the blog post from two years ago that explains the typo.

#ThankYouThursday to our Grounds and Cleaning Crews, who work so hard each day to keep our parks clean and looking fabulous! pic.twitter.com/SJd652tYSR

And those “educated animals”? Yes, they existed:

On this day in 1946, our gates opened for the very first time! Remember the “educated animals” at @SantaClausLand? #HoWoHistory pic.twitter.com/egp05AiIA5

@HolidayWorld if you Google Maps the park, you can actually see Thunderbird in flight! Here’s the proof! #HoWoPo pic.twitter.com/aaVyUQ5Hid

Thanks for listening! And here’s some late-breaking news that didn’t make the ‘cast: The last scoops of Thunderbird Ice Cream are expected to be served in the park over the course of the next few days – and then it’s gone forever! If you’re able to join us this weekend or early next week and want to grab one last serving, you can find it at Kringle’s Ice Cream and the SmokeHouse. What better way to enjoy the Holidog Days of Summer? 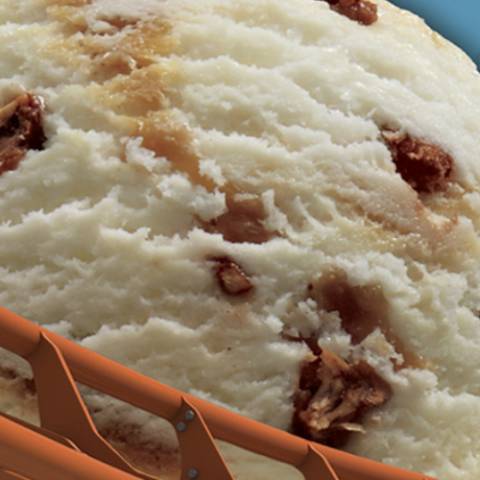