I won’t ruin the surprise, but a promise made long ago (and repeatedly) was finally kept this morning …

The Golden Ticket Awards were held last weekend in Connecticut.

Leah was pleased as punch to accept the #1 Water Park Ride award (Wildebeest‘s eighth win in as many years). 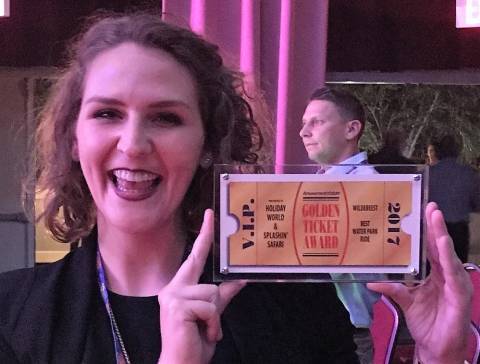 ^ Bonus points if you can identify the photo bomber!

Here’s the full group of winners – congratulations to all the parks! 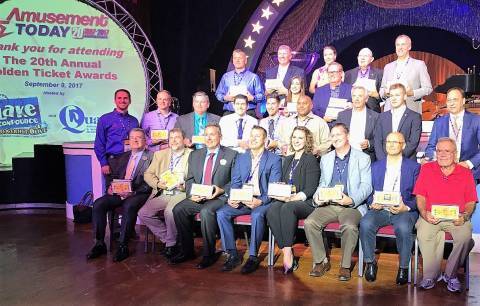 Best wishes to Mick as he recovers (his podcast episode with us is still our most popular).

Second big Foley announcement –
I’m getting my right knee replaced in…about 5 minutes! I’ll check back in when I kick out of anesthesia? pic.twitter.com/WXgmDf61zV

Be sure to enter our a-MAZE-ing Sweepstakes!

For our Ancestor Appreciation Day discussion, Lauren honored two of her great-grandfathers (Santa Jim Yellig and Louis J. Koch), pictured below at Santa Claus Land with a future president: 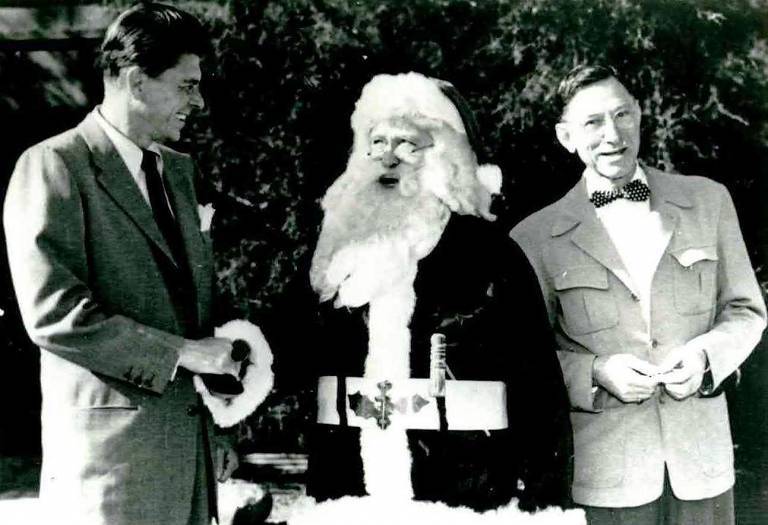 Sorry Kevin you are just a bit to short. Maybe @HolidayWorld would let you stand on your toes but not here #howopo pic.twitter.com/Q8Ki0CcAVW

Evana’s son is planning his career:

My son dreams of working @HolidayWorld one day! Clearly, I am raising him right!? #dreams #3rdgrade #parenting pic.twitter.com/LcVQBj3mHy

A great #ThrowBackThursday from DT:

My theme park travels started at Santa Claus Land when I was 2 and I have been back every year since. @HolidayWorld #throwbackthursday pic.twitter.com/0QSFK1bzLI

And here’s proof of that lost tooth:

Does the tooth fairy come to @HolidayWorld ? Standing in line for mayflower, Nadia said “I lost my tooth!!” @agooch1207 pic.twitter.com/1BYCXi1LRK

@HolidayWorld when you have too much free time at the office, you find Safari Sam in the waterpark #MapsofGoogle #HoWoPo pic.twitter.com/l9QICr6rAj

… and The Coaster Crew does it again:

(Brace yourself, Lauren – here it comes!)

As we end this post, here’s a reminder that both parks are open this Saturday and closed for a private event on Sunday. Then next Saturday (September 23), Happy Halloween Weekends begin!