A special kind of magic

When our favorite magic man, Don Baggett, was moving in just before starting his annual fall shows in the park, he shared some news.

This will be his last season with us. And his final show ever as a magician will be here at Holiday World, on Sunday, October 29, at 4pm. 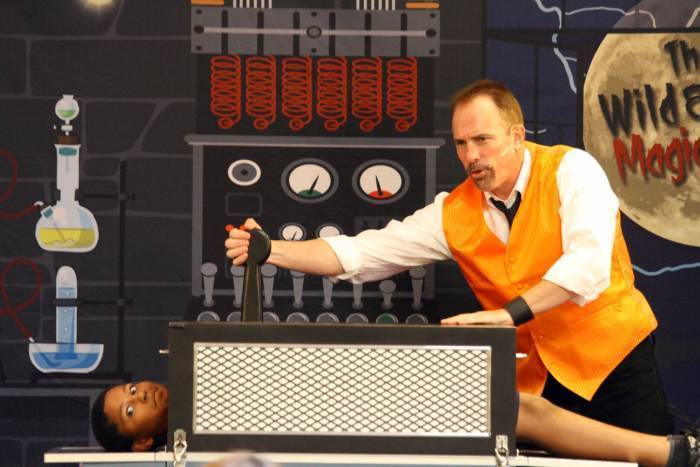 As much as we want to beg Don to stay, we just can’t. He’s making this change so that he can move to another state and spend more time with his family.

And so, we’ll say good-bye 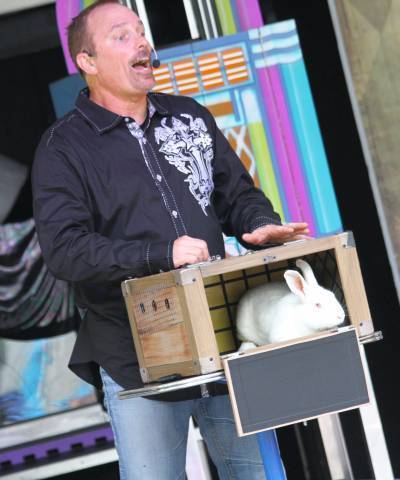 Rather than wait until the final hour to tell you, we’re letting the cat out of the bag (and the rabbit out of the hat … err, box) early, so you can be sure to catch one of his final shows and say good-bye.

Don’s history with magic – and us – intertwines.

The very first magic show I ever saw as a child was at Santa Claus Land (now Holiday World). It featured Gene Smith and Happy Kellems.

I remember sitting there watching the show several times that day, wanting to know and do the magic that was being performed for me. I also knew that someday I, too, wanted to perform on a stage at Holiday World.

My love for magic and Holiday World have always gone hand in hand.

Don was just 10 years old back then. How many thousands of 10 year olds has he enchanted since then?

He tells some great stories on this podcast episode we recorded last year.

I remember the first time I saw Don perform. It was for my oldest son’s grade school (Thomas is now 33). The combination of amazing magic plus Don’s ability to delight children and adults alike was enough to send me scurrying into Will’s office the next morning. “Will, if we ever want to add a magic show to our lineup, I think Don Baggett is our guy.” And indeed he was.

… and I know he’d want us to pass along his thanks to the thousands and thousands of fans who have laughed, clapped, cheered, and wondered, “How’d he do that?!” over the years.

Special thanks, also, to those courageous audience members who ventured up onto the stage to take part in the fun with Don and Dakota.

Thank you, Don. We will forever cherish the magical memories you’ve made with us.

2 Responses to “A special kind of magic”