We’re gleefully giddy, as today is the last day before our holiday break starts. (Now before you get all “no fair! you get two weeks off?!” let me remind you we don’t get Memorial Day, 4th of July, Labor Day, Mother’s Day, etc. off. Oh, and technically it’s two weeks and one day off.)

We hope you enjoy listening to this episode as much as we did recording it:

We start off talking about some of the sweet, funny, and even sad comments that were posted as entries to our Santa Sweepstakes.

Eric jotted down notes about his favorites. 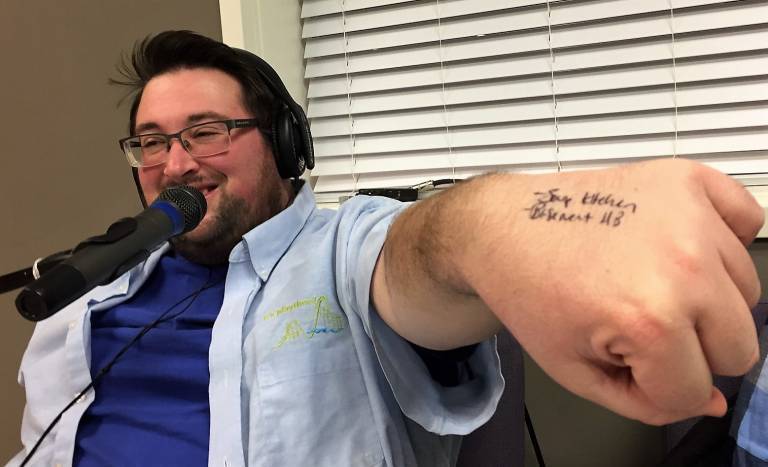 Matt confessed, once again, to styling one of his sister’s doll’s (formerly) long luxurious hair long back in his childhood years.

In case you weren’t around back then and don’t remember this particular doll, here’s a commercial showing Velvet:

Another story from the sweepstakes’ entries mentioned a pink kitchen set.

I had one, too! Here it is, as pictured in the Sears catalog in the early ’60s: 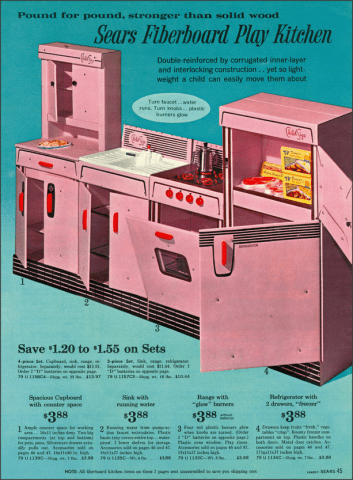 Wow, I loved that kitchen. 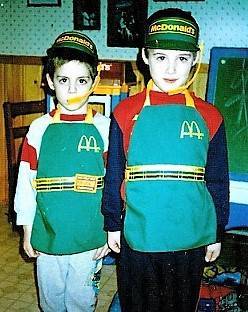 My pink kitchen story jogged a happy memory for Eric.

One of his favorite childhood gifts was his McDonald’s playset.

… complete with headsets for drive-thru order-taking!

That’s our Director of Attractions pictured on the right. Such a cute little mcmuffin, wasn’t he?

His slightly younger brother, Steven, is on the left.

Clearly, the taller brother is in charge and barking out orders for more fries and extra cheese.

… and maybe even an apple pie.

(Thanks to Eric’s mom for sending this photo to us mid-podcast.)

Next, Rentz told us about his experience last weekend with the Santa Claus Christmas Parade. 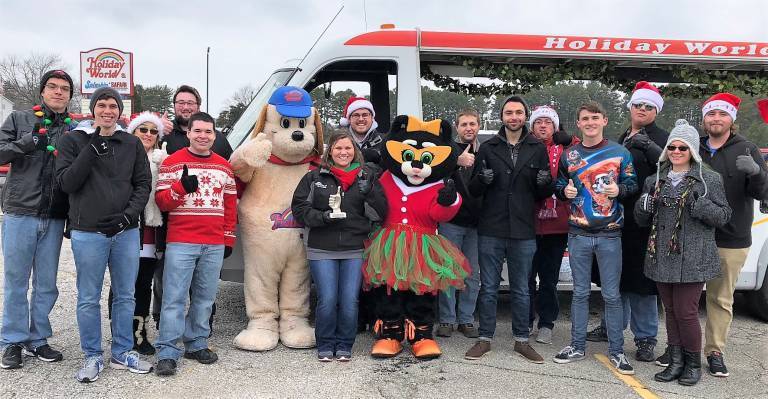 Kitty Claws has her running shoes on … she’ll need them!

Here’s the blog post showing the original designs for Kitty and how they evolved into our purrrrfect feline mascot.

Next, we got on the horn for a fun chat with Jon from The Coaster Crew.

He’s the creative genius behind those Big Green Foot tweets. You know, like this:

Our Boughs of Folly post brought out some stories about adorable new lyrics from children.

The #podsquad’s assignment to determine which character from a Christmas movie best matched up with us individually. Matt took the challenge seriously and even provided handouts. Do you agree with our choices, or would you take it in another direction? Please post your thoughts below!

But when we keep getting feedback like this, it’s hard to stop:

Particularly long drive tonight. I found my mind wandering to Yak hair. All I can think is “why am I thinking about yak hair.” And I remembered. #HoWoPo Thanks Paula. I just spent 30 minutes Googling Yak hair when I got home. @HolidayWorld #CanIRockTheYak pic.twitter.com/fItEX4m7UE

And please take a moment to crank up the sound and enjoy the brilliance of the I Like Yaks song (thanks for sending, @themeparkfan!):

You won’t regret it. I mean, come on: They’re the major playas among the Himalayas …

We received several nice comments about our HoliWood Nights theme and flyer. (Remember, the deepest discounts are available now through early January.)

Great news out of @HolidayWorld – Irvine-Ondrey is on location upgrading the control systems to the parks’ 3 world-class wooden coasters! We cannot wait to check out the new experience in 2018! #HoWoPo https://t.co/UBRqEttCVp pic.twitter.com/laNPBgHEEI

The Coaster Crew celebrates Poinsettia Day with The Big Green Foot et al (here’s the promised link to the photo of Matt diving under the Christmas tree):

We wanted to celebrate #NationalCocoaDay at @SplashinSafari, but they wouldn’t let us in (something about closed and 40°), so we had to go with the boring backup plan #HoWoPo @HolidayWorld pic.twitter.com/3ok7mAEVrJ

Lauren joined us for much of the podcast, but when young Sawyer rang the dinner bell, she headed out.

Here are three generations. Mommy Lauren holding Sawyer with Grandma Lori hugging both of her darlings. 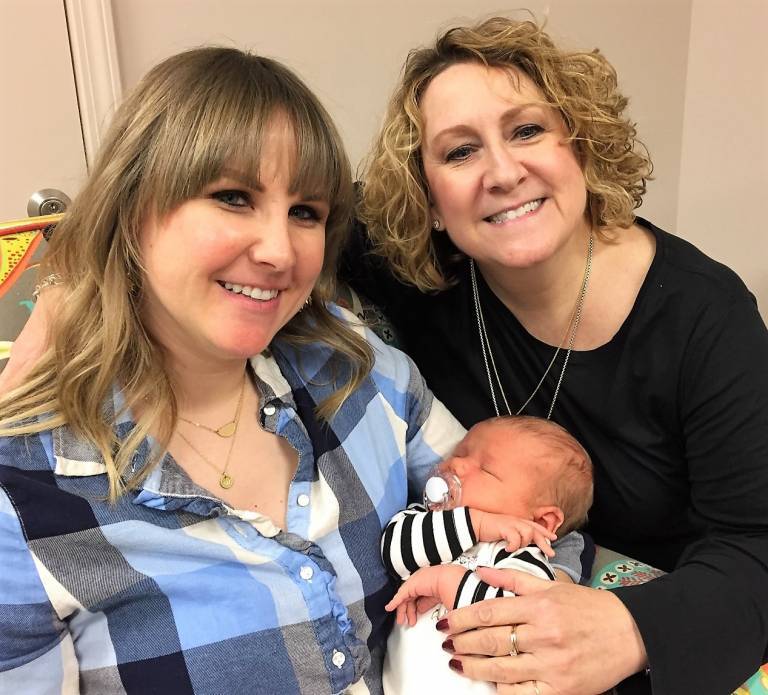 Merry Christmas and Happy Holidays to everyone! We’ll be back with more #HoWoPo in the New Year!