Good ol’ Google Alerts saved the day again. Just a few hours ago, an email informed us our town of Santa Claus, Indiana, will be the setting for a Lifetime Movie called Snowed Inn Christmas.

And it premieres tonight at 7pm CST, with reruns throughout the weekend. 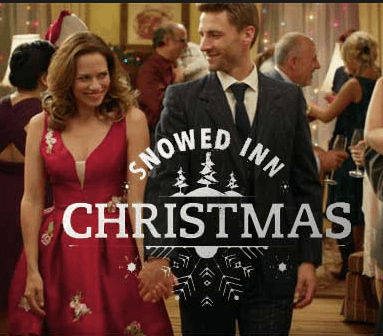 Here’s the description from Lifetime’s website: Jenna Hudson (Bethany Joy Lenz, “Colony”) and Kevin Jenner (Andrew Walker, “A Bride for Christmas”) are polar opposites, working for the same online publication in New York City. With both having nowhere they want to be for Christmas, they volunteer for a special writing assignment. After a snowstorm forces their plane to land in none other than Santa Claus, Indiana, the two are placed in a Christmas Wonderland and the focus of their story shifts to saving the historic town inn run by Carol and Christopher Winters. As the two overcome their differences, they also rediscover the magic of Christmas. But with the inn’s fate in jeopardy and the return of someone from Jenna’s past, Carol and Christopher lend a helping hand to bring Jenna and Kevin together.

And here’s their trailer:

#SnowedInnChristmas is the winter wonderland of holiday movies. See it & more clips from our sponsor @GEICO. https://t.co/6eGY6Ru9Mt pic.twitter.com/Iz60OJEfRi

It looks to be a sweet, sentimental romcom.

Thing is, the flick wasn’t shot here in town. And the Inn that will be [SPOILER ALERT] presumably saved by the industrious (if lovelorn) protagonists does not exist.

That’s all well and good, you say. People understand that movies are nearly often completely made up and, at the very least, dramatic license is taken.

But those of us who have been around a while remember this darling commercial from 2008:

Melissa at our local Visitors Bureau still gets calls from people searching for Rudolph’s Diner. (Apparently it’s not listed on their RadioShack GPS device …)

And so, for those conducting middle-of-the-night research online, we provide this blog post as a public service. Although the inn from Snowed Inn Christmas does not exist, there’s still a lot of fun (and romance) to be had in this little town.

Oh, and we forgive you ahead of time if you ho-ho-ho when you get to the part of the movie when the commercial airline pilot announces their “descent into Santa Claus, Indiana.” Because, well, we don’t have an airport.

Merry Christmas to All!