For the first podcast episode of the new year, we have a chat about iROC Safety School with International Ride Training co-owner Cindee Huddy:

Here is our iROC Audit Excellence Award, which we happily share with all of our Ride Operators from 2017 – well done! 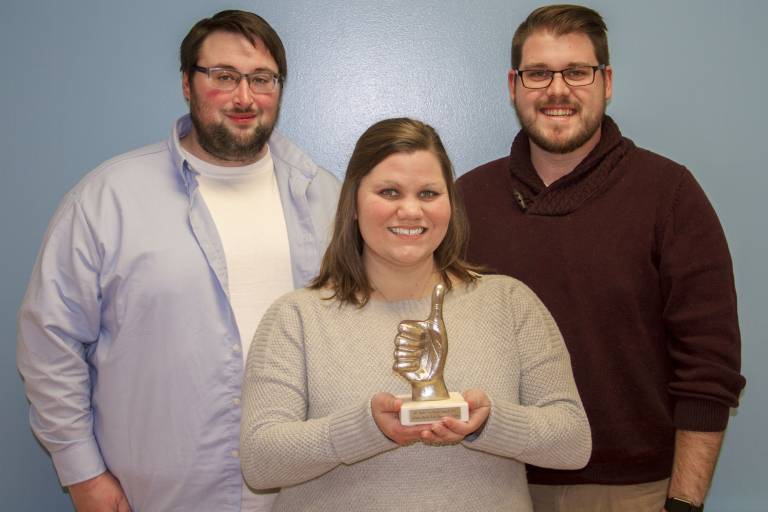 The week’s Voyage track work entailed building a “covered wagon” structure to keep our Coaster Cats out of the elements. 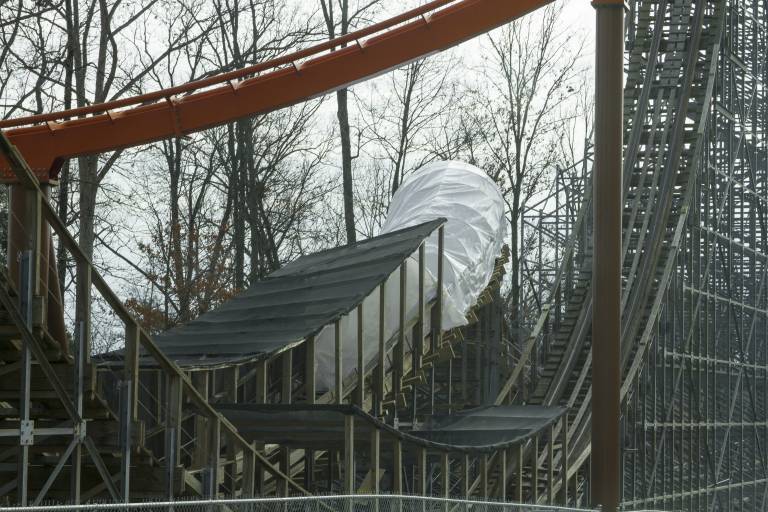 Sort of looks like a giant windsock, doesn’t it?

Here’s a peek at the new wood on Voyage’s third stretch of 90-degree track: 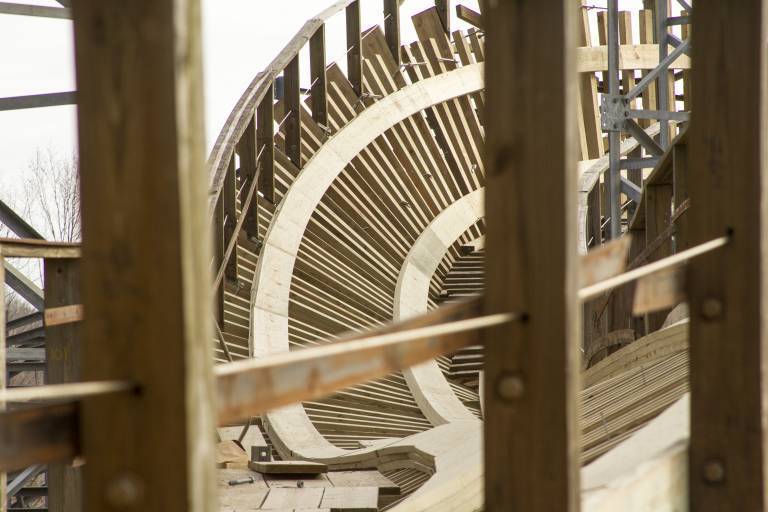 … and prompted this quick blog post to explain that we were represented in name only, just like that RadioShack commercial from a decade ago.

Dress Up Your Pet Day is coming soon (January 14) and Lauren’s doggie, Edgar, is ready: 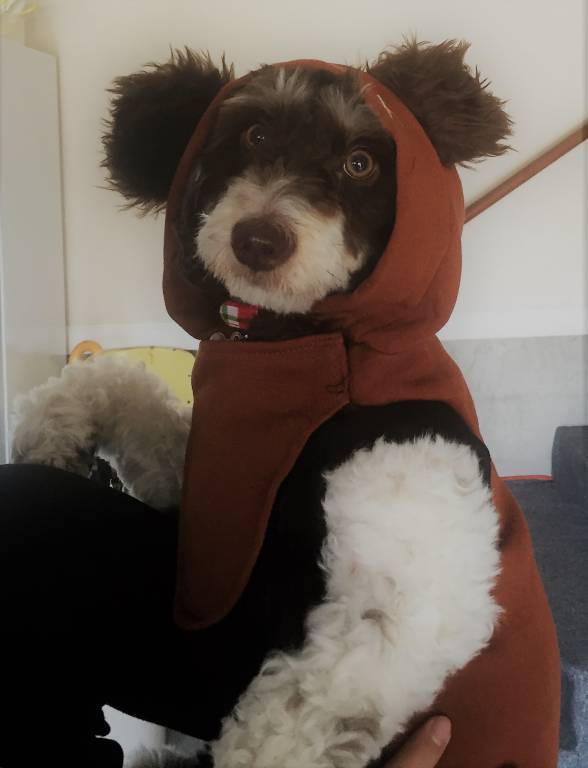 Apparently, the #podsquad isn’t all that into New Year’s Resolutions, but Matt is trying to consume more water thanks to his new Yeti: 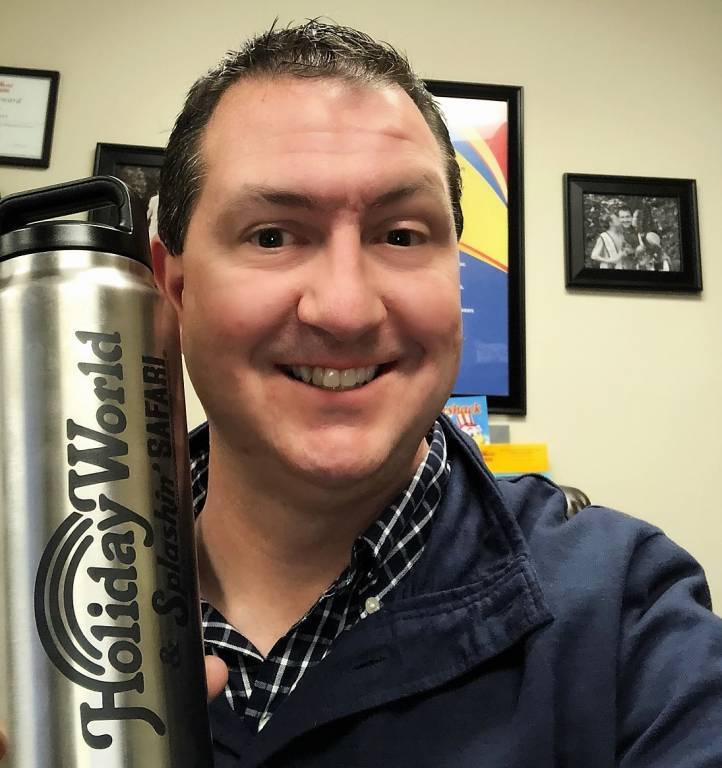 Thanks to the Koch family, it was a Veddy Yeti Christmas for our full-time staff.

In #HoWoPo Feedback, we mentioned the Santa & Claire Ride Thunderbird video from 2015, which made a reappearance on social media in the weeks leading up to Christmas.

We heard from our friend JD Scott:

That was a great time! It was @HolidayWorld on All-American Amusement Parks. Santa confirmed, I was naughty. No surprise there. 😉 @gactv https://t.co/zUysIZdWVt

Check here on the HoliBlog for photos of JD Scott’s visit back in 2014.

And it was Dial M for Miffed with the Big Green Foot:

So I thought we were getting an interview with the #HoWoPo #PodSquad today. Waited by the phone with my Mtn Dew and Christmas candy ready so we could feel like one of the gang. Then you went and called some other guy – the nerve! pic.twitter.com/cxIURJrGKL

Mistletoe and more on Christmas Day:

Why gather ‘round the tree when you can gather in it? Be careful, Kitty’s on the prowl with her mistletoe again! #MerryChristmas! #HoWoPo @HolidayWorld pic.twitter.com/PX4Iv7R7Pj

If you’re itching to join us for HoliWood Nights in June, be sure to register online by January 10 for the deepest discounts. And if 2018 is the year you want to treat yourself to Season Passes, be sure to sign up by January 15 for the best deals.

Thank you for listening to the Holiday World Podcast. Happy New Year!

One Response to “Podcast: Safety School”