Home // HoliBlog // Podcast: The brush off

Podcast: The brush off

The #podsquad braved the snow and ice to bring you a new podcast episode.

Truth be told, it’s 42 degrees out this afternoon … and the biggest danger any of us faces is getting dripped on by an icicle.

Today, our Paint Shop Manager joins us to talk about how his crew keeps busy during our “slow time.”

Trust us – they keep plenty busy!

We’ll be sure to bring you updates throughout the off-season as the painters work on a variety of projects.

We hope you enjoy listening:

We got a kick out of the reaction to our Edgar Allan Snow tweet:

Here’s the post about Berry the HoliDazzle, who grew up to be a message-singing school principal. 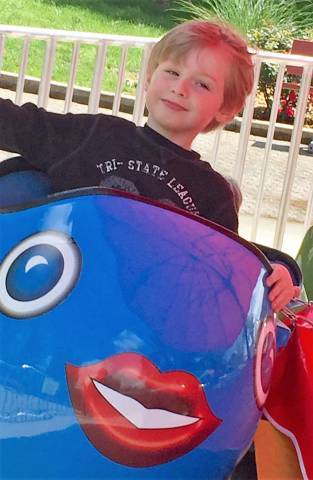 For now, grandson Cameron still has all of his baby teeth.

So does his favorite blue Dancer’s Fish.

We’ll see what the future brings. (But apparently not what the Tooth Fairy brings.)

Here’s that example of a classic cheezeball (our term for a case of mistaken identity involving our Twitter handle):

The Coaster Crew set up a sick room when The Big Green Foot et al were a little under the weather:

We hated to take a week off, but our Coaster Crew insurance plan doesn’t include flu shots, so we needed a #SickDay! Our highly qualified nurse will have us back on our feet soon! #HoWoPo @HolidayWorld pic.twitter.com/aQ1cdWIbj7

Happily, everyone quickly bounced back:

? Rubber ducky, you’re the one ? It’s a cold one out there, so we’re staying inside to celebrate #NationalRubberDuckyDay! Kitty ran away when she heard there would be water involved. #HoWoPo @HolidayWorld pic.twitter.com/xD9Cy6IIut

During 25 Degrees of Separation, we talked about our 1993 brochure, and promised to post a scan: 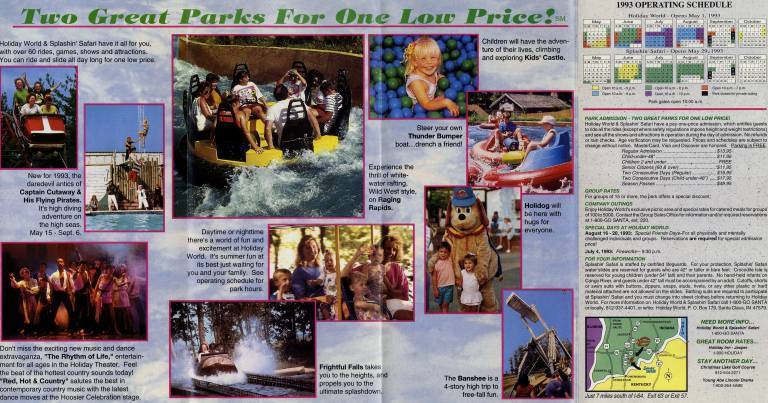 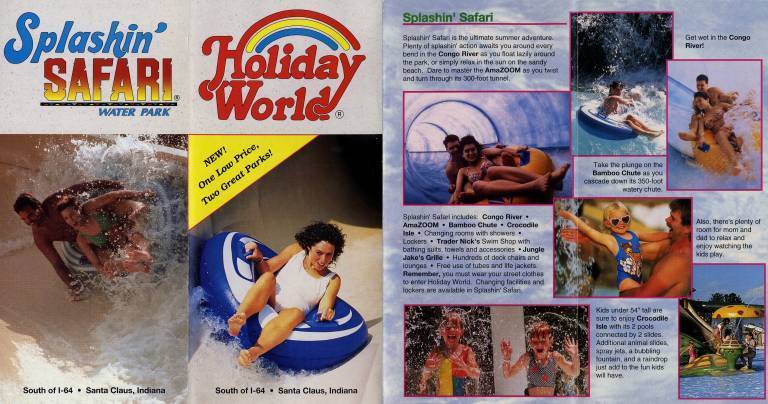 We mentioned the #HoliDrone (post-podcast spoiler: Stephen cleverly used a translate app and determined that a drone is a “he”) taking flight this week …

We’ll finish this post with one more tribute to Edgar Allan Poe, on his 109th birthday:

3 Responses to “Podcast: The brush off”