Were you lucky enough to have an incredible science teacher back in the day? You know, the kind who made science understandable, interesting and even fun.

Even though it was decades ago, I remember mine like it was yesterday. Good ol’ Robbie Robertson, my Physics Teacher at Carmel High back in the mid-1970s, was an amazing teacher. He took the laws of physics and made them practical. His weekly tests were hilarious (if terrifying), as each problem presented included the names of some of his students. Mr. Robertson would hand out the tests and during the first five minutes, the room was filled with laughter. Clever teacher, he relaxed his nervous students so we could settle down and concentrate on his beloved physics.

There’s another teacher out there who will no doubt be long remembered by her students. Karen Burke emailed us late last year to ask about roller coasters, as she was planning a coaster-themed physics project.

We’ll let her tell the story:

Students in four seventh-grade science classes at Mt. Vernon Jr. High School built paper roller coasters as part of their physics unit. This project-based learning experience offered students the opportunity to collaborate in small groups while constructing – from only cardstock and scotch tape – a functional gravity roller coaster for marbles based on Newton’s Laws of Motion.

While designing, building, testing, and modifying, students mastered physics terms and principles, engineering process skills, and the importance of good teamwork. Upon the completion of their coasters, students displayed them at their school in “Coaster World,” where they were judged by volunteers. The top five coaster-design teams, as determined by the judges, are honored to have their work posted by Holiday World!

Here are the Top 5 Coasters

These are presented in alphabetical order, followed by a comment from each team: 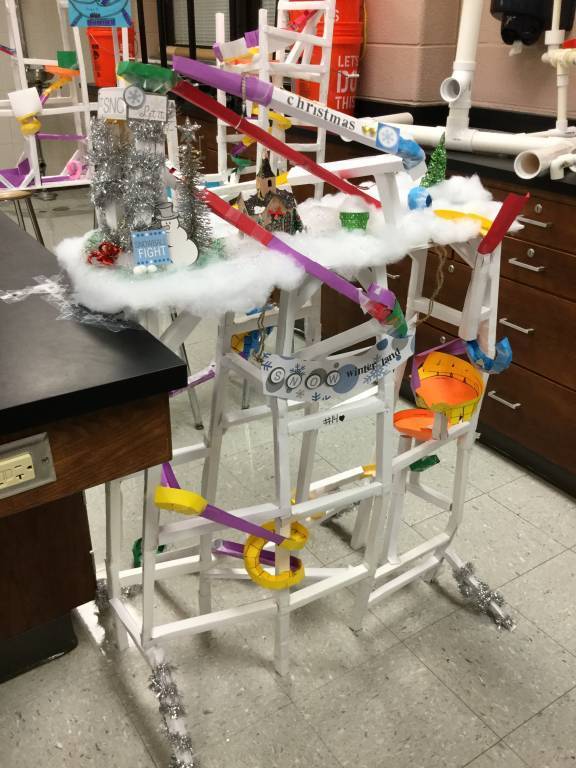 Above is The Snow Winterland, built by Emma D., Destinee S., and Jayliee C. “The Snow Winterland was a miraculous adventure to experience. We had a wonderful time coming up with ideas, such as putting it upside down and bringing in warm Christmas joy with Christmas decorations.” 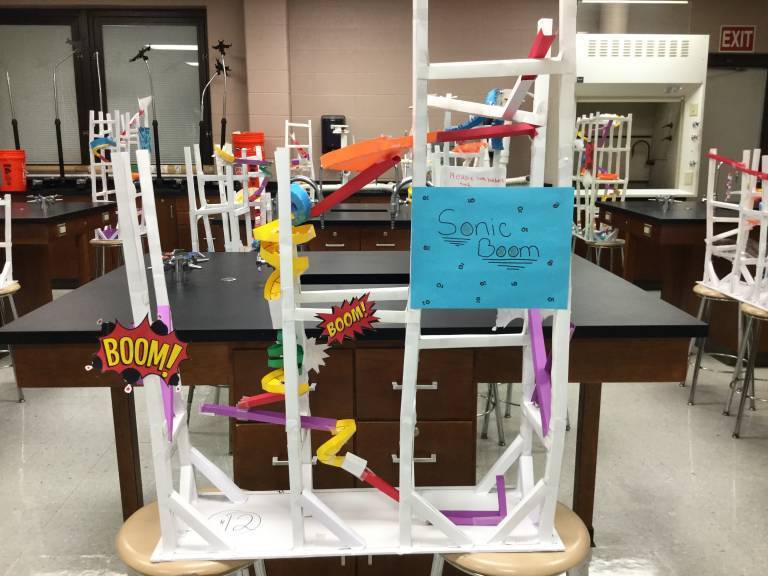 The Sonic Boom was built by Maty B., Savanna M., Matthew B., and Kaelyn R. “We are very proud and excited about what we have accomplished.” 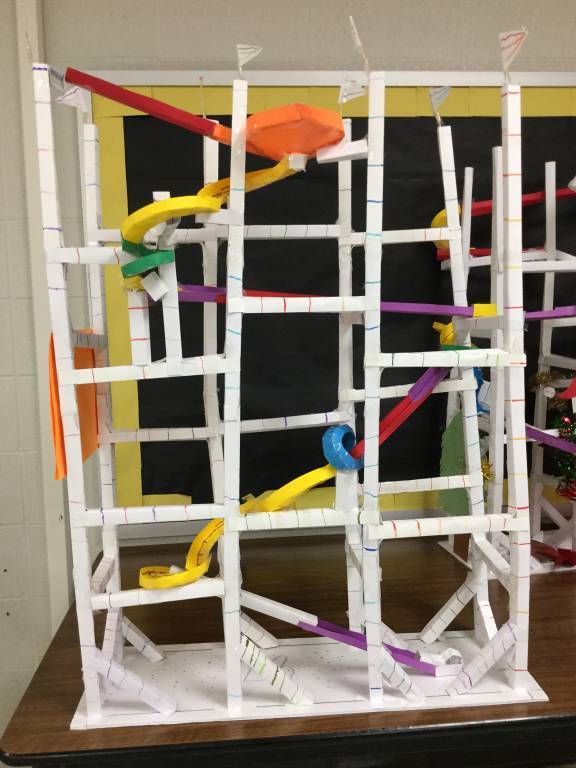 The Striker, above, was built by Abbi D., Haley D., and Mallory M.  “The Striker was fun to make, it took a lot of time and effort, but we did it!” 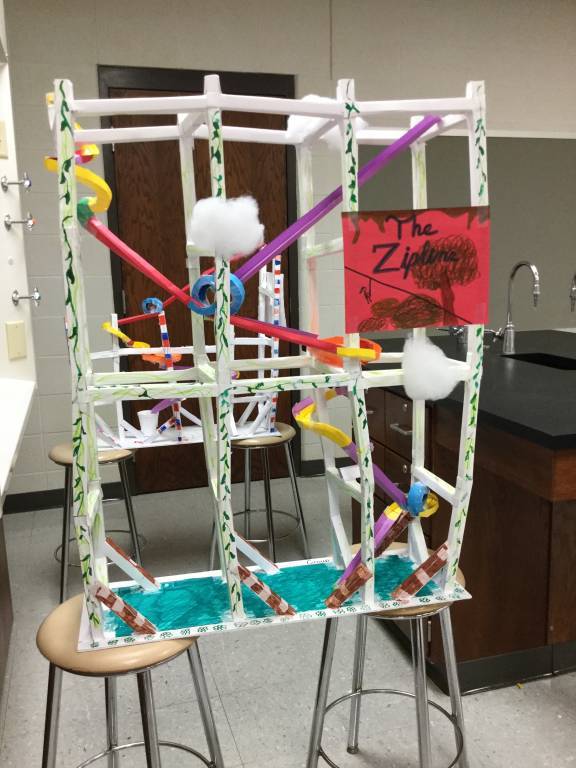 The Zipline was built by Sydney S. and Jaiden H. “We appreciate being nominated as one of the top 5 coasters. It really shows how much work we put into it.” 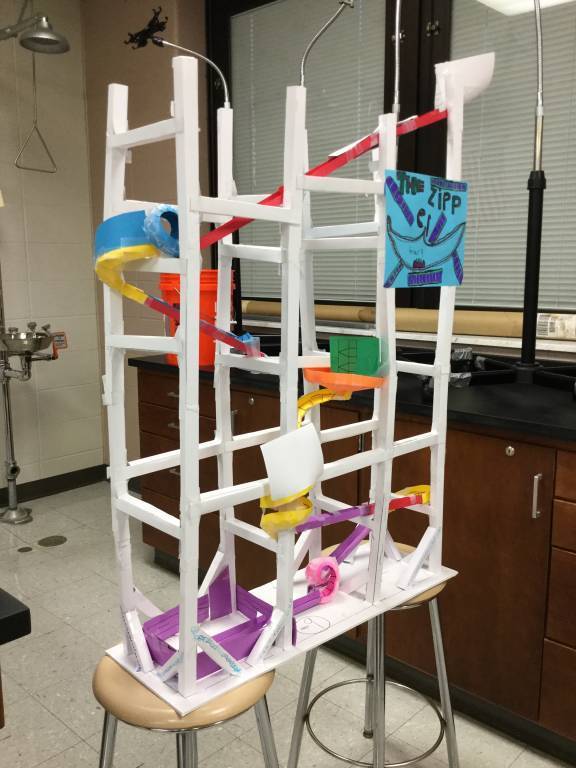 The Zipper was built by Brian W., Samantha M., Isaiah P., and Isaac H.  “We never thought we would work together like we did. But, we found each other’s special skills and put them together to create a great team and coaster.”

Congratulations to all the teams – well done! Thinking back to my high school days, I can still hear Mr. Robertson’s great laugh – he would have delighted in these projects. His was a loud laugh, too. (Raucous, actually.) He always kept his classroom door open, to the great consternation of the other teachers up and down the hallway. It still makes me smile to remember his glee hearing the other teachers shut (and sometimes slam) their doors to cut off the distraction. With Mr. Robertson, we witnessed an “equal or opposite reaction” on a daily basis!