Happy Valentine’s Day! We hope you enjoy this guest post from a long-time seasonal employee.

My name is Amanda Claise and I recently married my high school sweetheart. I should start off by saying that my last name is pronounced like “class,” as in classroom! My husband’s name is Nick and although we recently moved to Bowling Green, we grew up in the Santa Claus, Indiana, area. 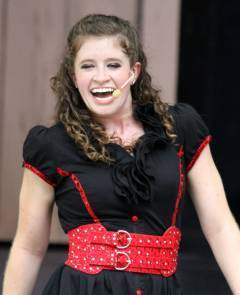 Nick and I met in high school and began dating when we were juniors. We were both 16 and in the same grade, so we took many of the same classes. My last name was Barnett and his, Claise, so we were placed beside each other in English, where the seating was alphabetical order.

That same year, I had begun working at Holiday World in the Entertainment Department. Since I had turned 16 the previous year, I was able to audition to be in their main stage shows at the Hoosier Theater. Since 2008, I have worked at Holiday World almost every year and have been in a variety of shows such as Vinyl Daze, Real Country, and most recently the incredibly fun Lights Out! 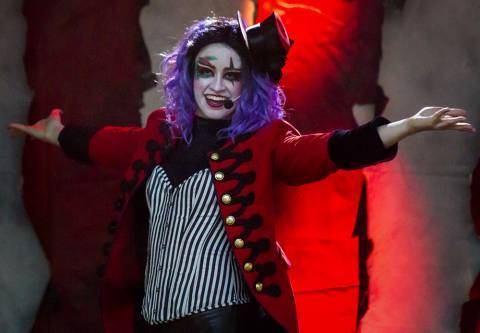 In September of 2008, I asked Nick if he would like to go to Holiday World with me on a Saturday. He said, yes, and I was so excited. Per usual, I was behind schedule that morning and running late. Nick was on top of his game and arrived at the park early. He waited on a bench at the front of the park for me for almost 30 minutes until my dad dropped me off. What a trooper! We spent the whole day together, riding rides, watching shows, and eating some pretty amazing snacks!

Almost 10 years later, I can still say that was the best first date!

Nick and I got married June 3, 2017 in Santa Claus. When it came time to talk about pictures for our wedding day, there was one picture I really wanted. I wanted a picture of us sitting on the bench where it all started! Yes, I am a romantic; I cry in every sappy movie and I love the corny, lovey-dovey stuff. I reached out to the management at Holiday World and they were more than happy to help us make this happen! Our photographers thought it was such a cool idea and were totally on board.

These pictures represent what is most important in my relationship with Nick: faith, hope, and love. Faith that God will carry you through the hard times and give you people to guide you along the way. Hope that your dreams can become reality if you work hard enough. Love from friends and family that will cross all bounds. 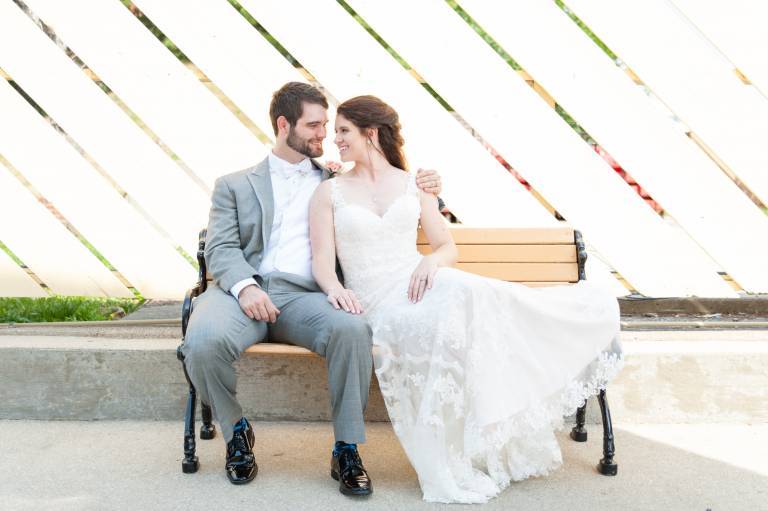 I truly cannot say enough good things about Holiday World. It is an amazing place to work, build friendships, gain confidence, and define the person you want to become. The people I have met through working at Holiday World are still some of my biggest supporters and greatest friends. I don’t know what the next years will bring for us or if I will be on the Holiday World stage again, but I would like to thank everyone for making my years there a wonderful adventure! 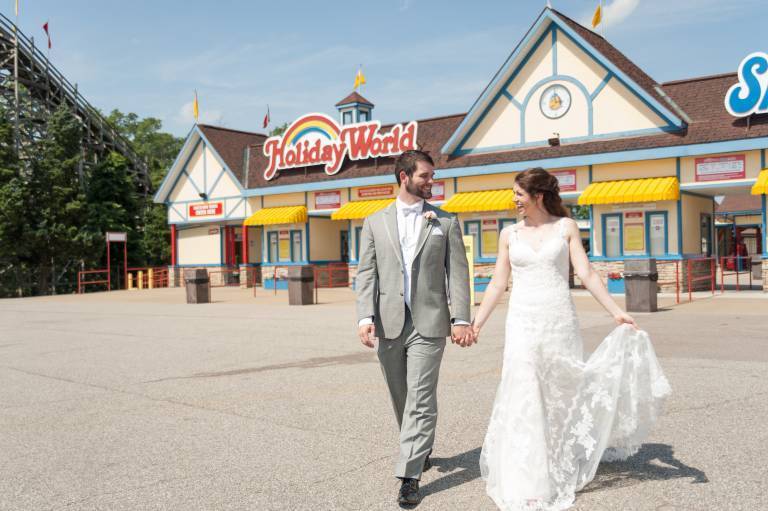 Love you all, Amanda

9 Responses to “A love letter”