The guy we thank at the end of each episode for “making us sound so good” is our guest this time around. 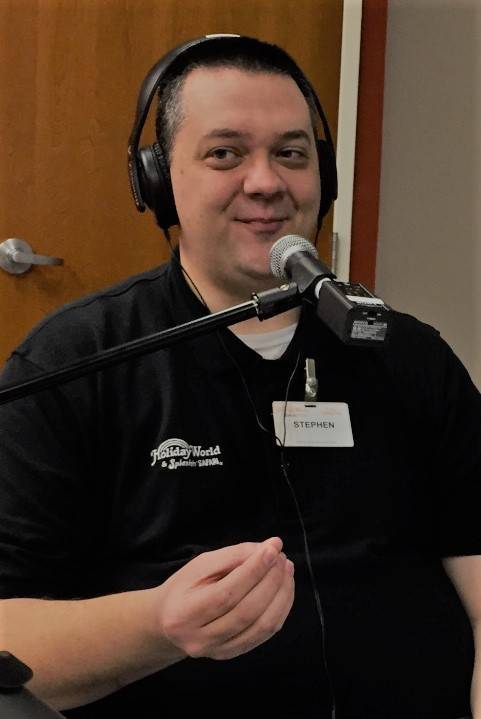 Stephen is the guy who studied hard, took a test in clean-room conditions, created our SOP, and flew the HoliDrone to capture views like this:

Our drone, by the way, is a DJI Mavic Pro. 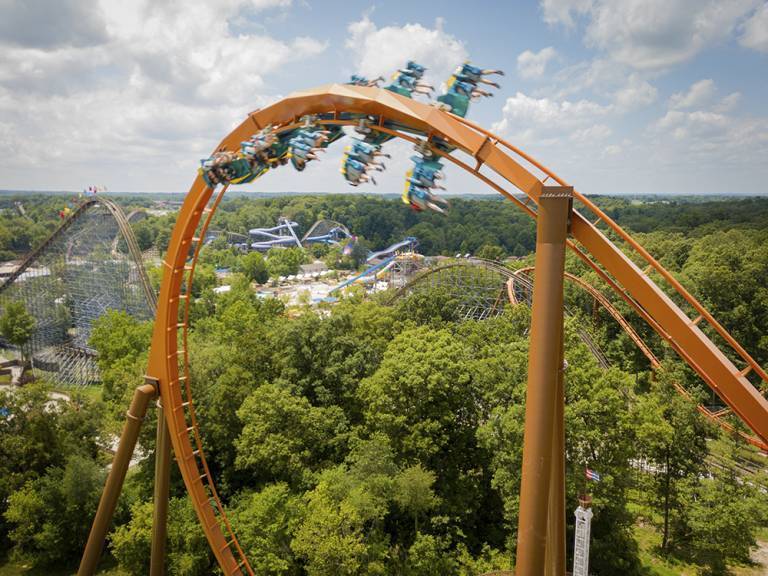 The HoliDrone works great in the winter, too:

Yes, it’s still winter. Mostly rain at this point, but sometimes it freezes:

Why am I suddenly humming a tune from Oklahoma? #earwormpic.twitter.com/EVYm61jKea

We’ll wrap up our We Love Dippin’ Dots Sweepstakes on Monday. Be sure to enter daily; three winners will be chosen at random.

Santa Jim’s birthday is on Sunday. As promised, here’s a photo of that grand man’s first experience as Santa.

“Lord, get me through this war and I will forever be Santa …” 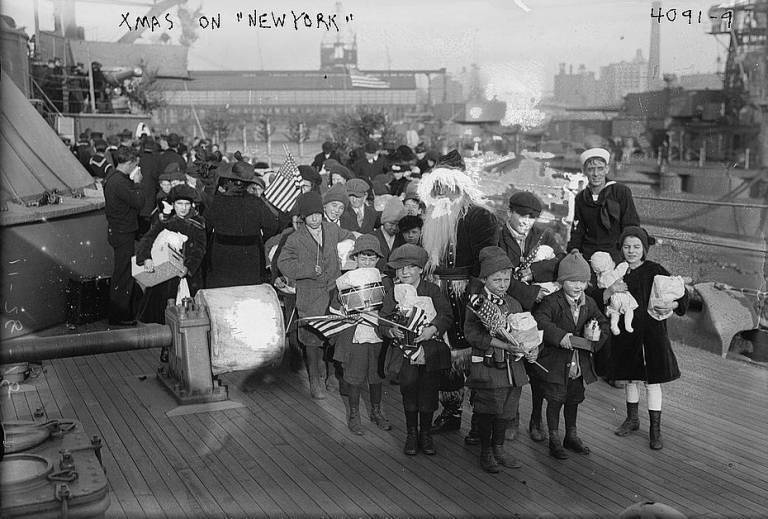 Hearts started to beat just a little faster when we realized Monday is just 75 days till Opening Day. 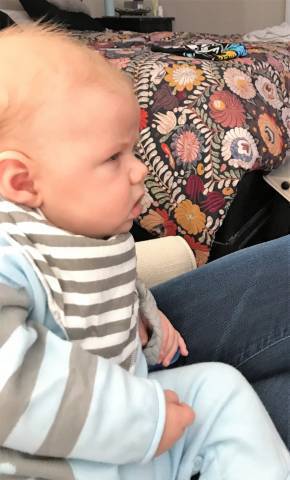 This little guy isn’t all that concerned about Opening Day, though.

Auntie Leah is all about the Winter Olympics.

Maybe they both need to catch this video that went a little crazy this week.

Although he wasn’t able to join us this episode, Eric Rentz’s “presence” was felt throughout.

.@akweihe and I were going through early Kevin pictures tonight. I was wearing a @HolidayWorld shirt in one of my first pics of me holding him. pic.twitter.com/Q6IGparEyZ

The puns were flying once we took a close look at The Coaster Crew’s latest:

Want to hear a joke about Sodium and Hydrogen? NaH? We hope we’re not Boron you with our @HolidayWorld Periodic Table of Fun, but it’s a Noble cause. Well, we’ve made you Sulfur enough puns, but you’ll miss us when we Argon. #PeriodicTableDay #HoWoPo pic.twitter.com/XB6ZwKDIcR

A soft – and highly absorbent – nod to the #PodSquad’s two-year anniversary.

The touch, the feel, of cotton, the fabric of a #HappyAnniversary to the #HoWoPo #PodSquad! We went with the traditional 2nd anniversary gift of cotton. The modern version, if you prefer, is China. Since we were made there, we’ve got that covered too! @HolidayWorld pic.twitter.com/vpAol0JcgX

Typical treatment of a middle child, we were nearly 10 minutes into the ‘cast when we (uh, I) thought to herald the return of Leah Koch to the table. 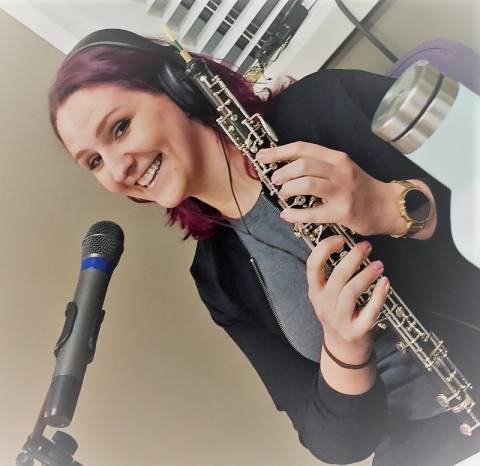 … purple hair and all!

<Spoiler Alert> The first “25 Degrees” question was about this wedding ceremony from 1993. 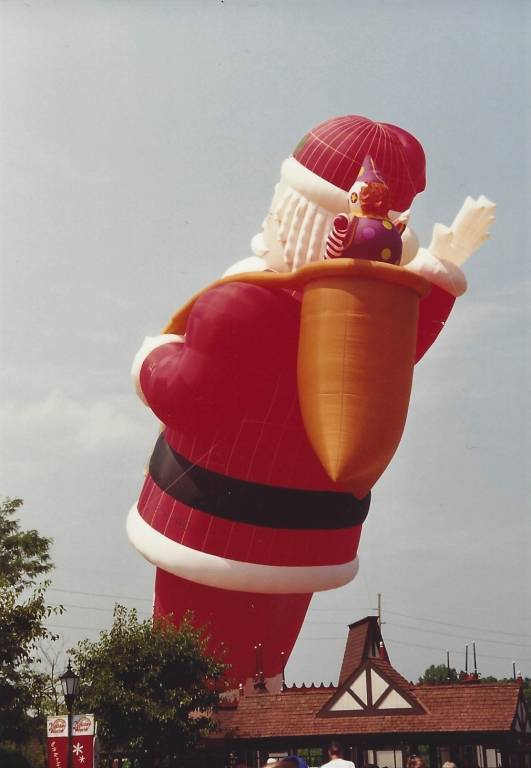 That was one huge Santa hot-air balloon!

And one lovely couple … 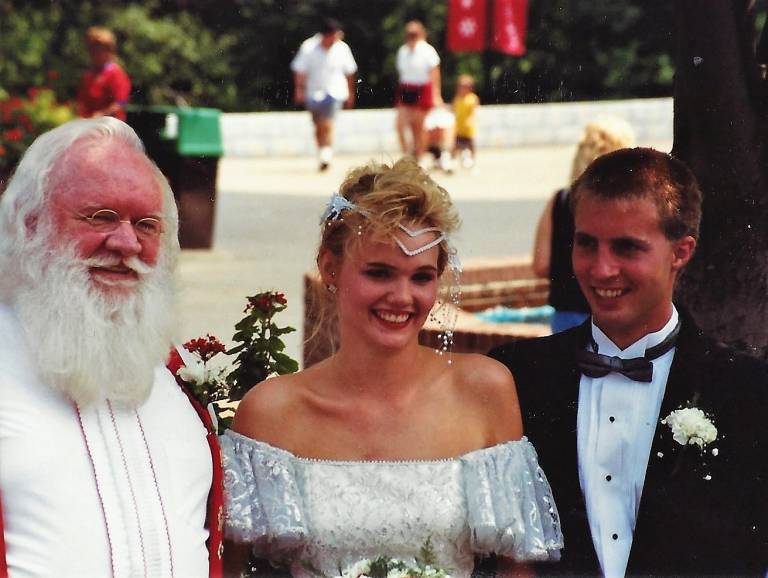 Here’s a news clip from that amazing day: 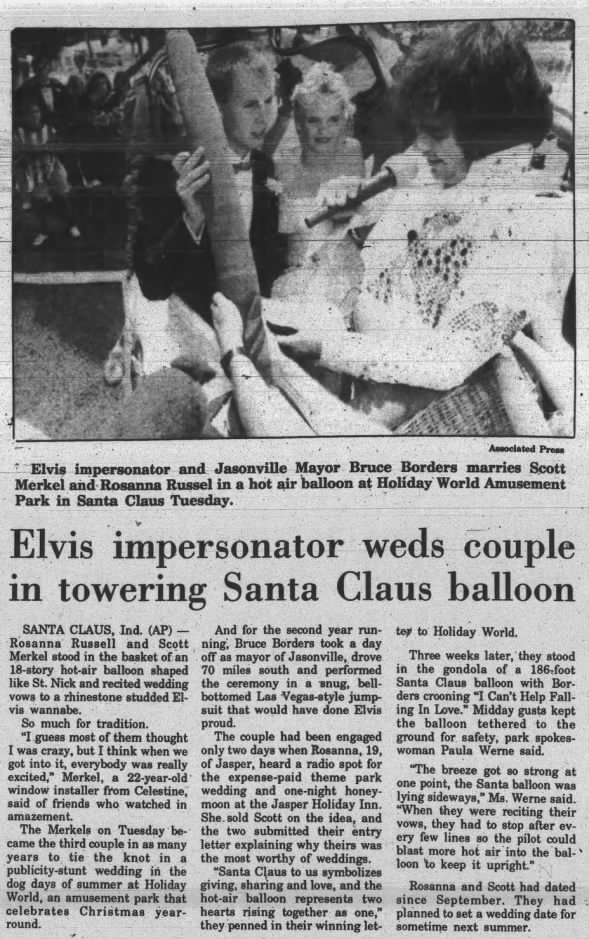 Since Stephen likes to take the end of our podcast episodes with an occasional Easter egg, we’ll do the same for the blog post.

If you’re a loyal listener, you already know about Matt and his giant fountain drink from McDonald’s. Apparently, Stephen tried to put a stop to all that. 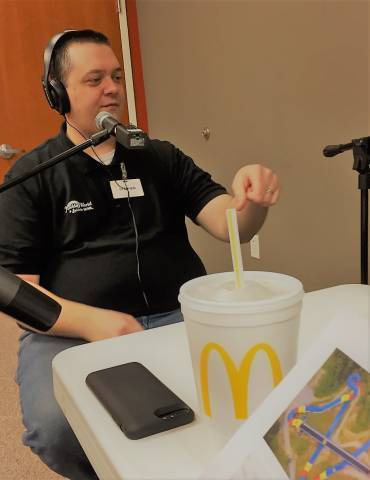 One Response to “Podcast: Drone Man”