We crossed the border this episode.

A quick call to Ottowa (Ontario, Canada) and the CEO of ProSlide joined us for a fun chat about snow skiing, water coasters, and the passion to create.

Here’s that photo I took of Rick Hunter and Will Koch right after Wildebeest opened. 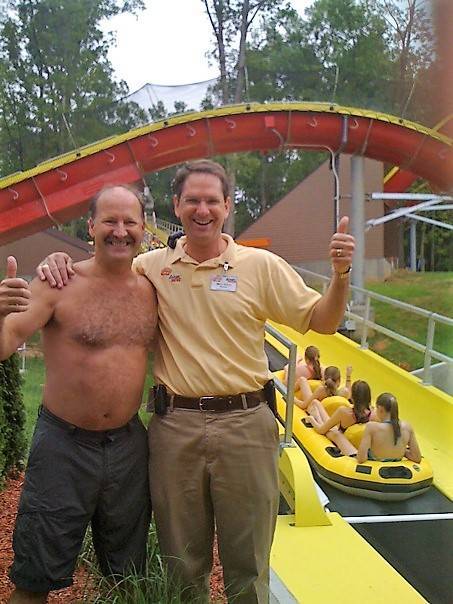 We now have a HoWoPo Glossary, which will probably be referenced each episode. We welcome suggestions for topics we need to add to help new listeners crack the code.

#RealHoli_WithGod
If there is some combustion then comb your internal disorders to enjoy the real Holi play
Must See ?Sadhana Channel 8:30 pm@SrBachchan@GoFaithstrong@PMOIndia@HolidayWorld@IAMJHUD
@ Swamy39@BollywoodGandu
@ FLOTUS44 pic.twitter.com/nQBfbu584P

We’re excited to introduce our Tesla charging station, which in a round-about way leads to us reminiscing about this gem: 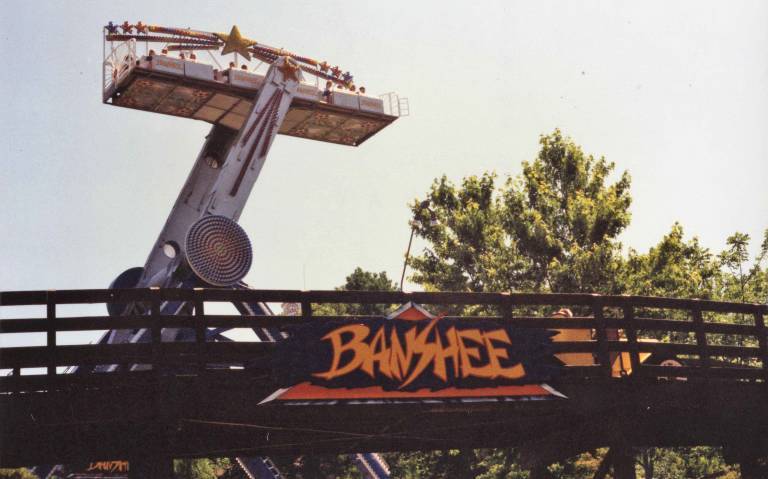 And here’s Banshee in action:

(Note to self: Add Banshee to glossary.)

We talked about the new Riverside Retreats. 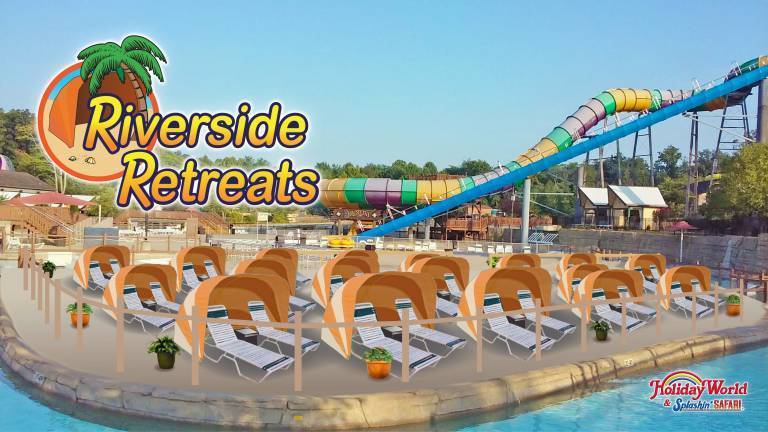 And Matt gleefully announced that Big Red ICEES will be making tongues fire-truck red all season!

The other 11 flavors at our ICEE Mix It Up will be: 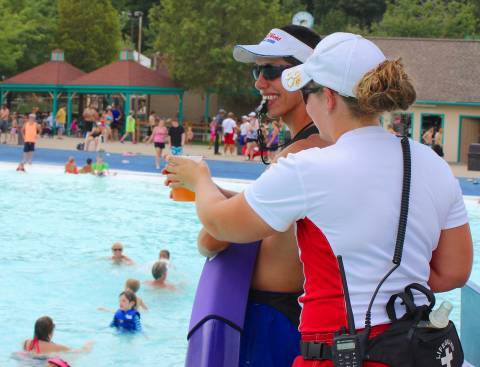 … and non-employees, be sure to enter this sweepstakes by 1:30pm CDT on March 12.

Yes, Virginia, there is a Corn Dog Day 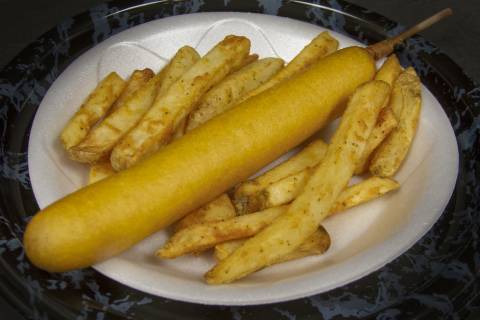 It appears Eric’s sole tweet got the little blue bird all a-flutter:

Hey @HolidayWorld, looks like @ericrentz caught up on Twitter. Got a notification that he Tweeted for the first time in a while. #HoWoPo pic.twitter.com/b1Ol4xNhMx

Watching little Kevin grow has been a charming side benefit of this podcast.
Keep at it, buddy!

The Coaster Crew didn’t take a week off (uh, like we did); here’s their trio of holiday shenanigans:

We’re team @HolidayWorld all the way! Everyone has curling fever, so we’re throwing a few rocks and celebrating #CurlingIsCoolDay. We won’t settle for anything less than the gold…Dole Whip is sorta gold, right? #HoWoPo pic.twitter.com/mnDGDOJ0MV

Don’t miss the bacon in this one:

You never know what you’ll find between the cushions on #CarKeysAndSmallChangeDay. We’re really reaching on this one…reaching for that last quarter I mean. Now we can buy our #Coastershack tickets. Oh look at this! A spare key for a Volkswagen Scirocco #HoWoPo @HolidayWorld pic.twitter.com/O4DW78WFbw

“Hello, operator? Get me Santa Claus 1-9-4-6” Word on the party line is it’s #AlexanderGrahamBellDay, so we’ve cut off the WiFi to go old school. Fun fact – phones were originally used for talking! Now, how do we send a bacon meme? #HoWoPo @HolidayWorld pic.twitter.com/Bp4NcdikGc

Thank you for joining us once again. We hope to see you in May!