Shake it up, baby!

Not too many people knew the answer to this question:

Does anyone remember what this little building was originally designed for back in 1992? #HoWoHistory pic.twitter.com/VjenRVwxVf

There were lots of guesses when we posted this on social media, but only a handful knew the answer.

Wow, that was a long time ago. Tank Tag was a life-sized game. Climb in a tank and try to hit targets with your bucket of balls. Temporarily disable the other tanks or even soak them with water.

It was crazy to watch.

Surely we have an old photo somewhere; for now, though, all I’ve got is this clip from our 1992 brochure: 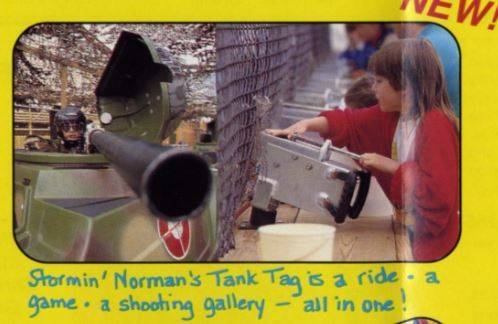 Above is sort of a split screen showing one of the tanks on the left and the “shooting gallery” safely located on the other side of the fence.

Over the years, it’s served as a Height Measurement Station, a storage building, and – most recently – a Churros stand. 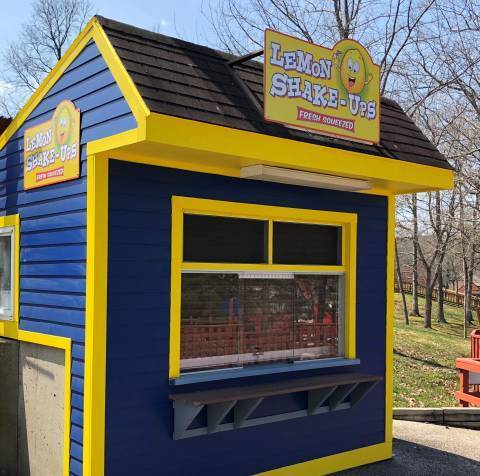 A Lemon Shake-Up is a freshly squeezed, made-to-order lemonade.

The “shake up” is in reference to the mixing process.

So fun to watch and so good to drink.