Podcast: The British are Coming

It is always a joyous day when we’re joined by the Roller Coaster Club of Great Britain!

After lunch, the group’s fearless leader sat down to be our guest on this week’s podcast:

That’s Andy on the left, with WGN-TV’s Marcus Leshock on the left. Thunderbird, of course! 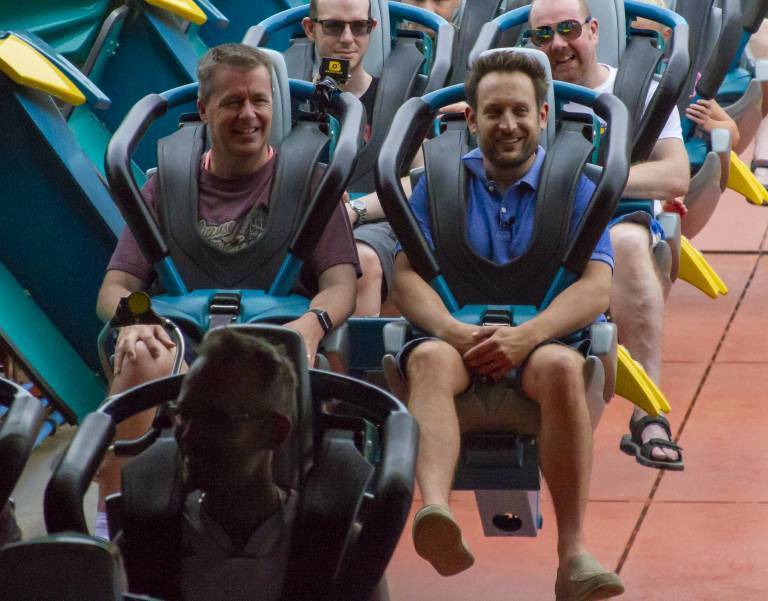 Here’s that video Marcus shot at the end of the day:

The @RCCGB’s @andyhinembe leads one last chant at the end of a long day at @HolidayWorld. 70+ coaster enthusiasts from Great Britain are hitting 16 amusement parks in 16 days! I am equally impressed and jealous. Great group of people. pic.twitter.com/uwyoIa6O2Q

What’s a Nanocoaster, you ask? Check two out here on our HoliShop.

Shout out to Coaster Radio for their fun coverage of both HoliWood Nights and the Roller Coaster Club of Great Britain’s 30th Anniversary Tour.

Lots of love for The Voyage on this week’s episode! Ryan, a member of the Roller Coaster Club of Great Britain has a wicked leg tattoo of his #1 ride. #HoWoPo can we get a shout out for this? pic.twitter.com/DsHp7Qo7qo

Yes, we have a great sweepstakes underway. Enter daily!

Something to think about …

And, The Big Green Foot is back:

What, when you buy a hat like this I bet you get a free bowl of soup, huh? Oh, it looks good on you though #Coastershack #HoliWoodNights #HoWoPo @HolidayWorld pic.twitter.com/JQAfK2YHf0

Abracadabra! We had a chance to see Mysterio when we were @HolidayWorld and it’s a really great show, but we have a couple of casting suggestions… #MagicDay #HoWoPo pic.twitter.com/HyqUdadVnX

Plus … a Big Green Hand! 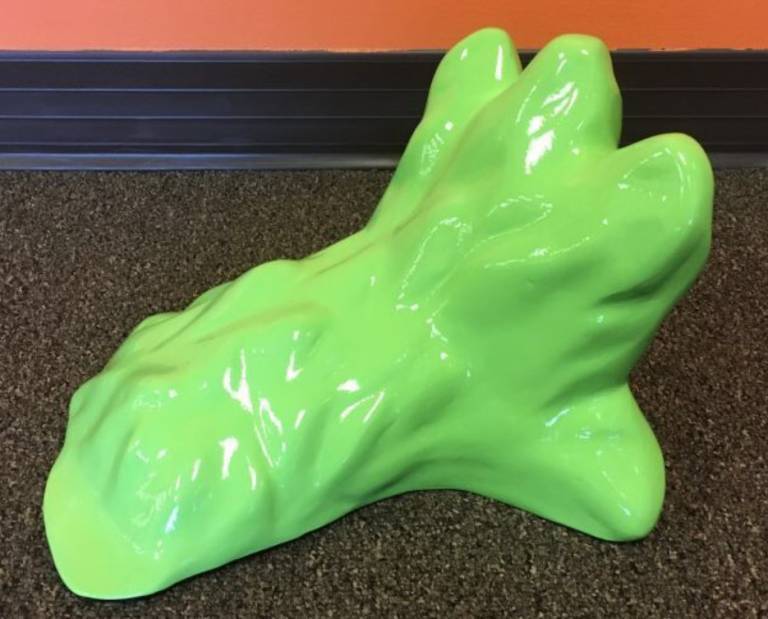 We’ll end this with another photo from the Roller Coaster Club of Great Britain. That’s Voyage-tattooed Ryan in the front seat with Marcus. 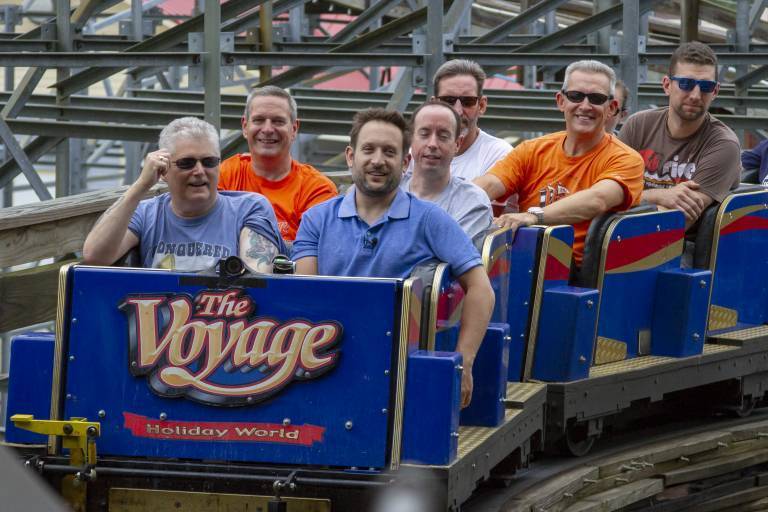 And finally, the promised 360 video:

One Response to “Podcast: The British are Coming”