Home // HoliBlog // Podcast: The one with the Pyrotechnics

Podcast: The one with the Pyrotechnics 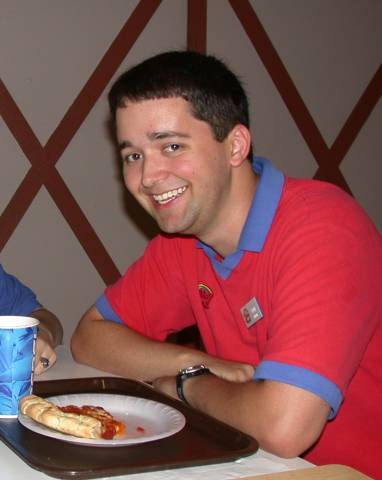 We mixed it up today, with only two original podsquad members.

That would be Lauren and me.

And VP Matt, back again.

But we needed a fourth …

Who ya gonna call? Steven from IT!

I somehow neglected to snap a photo of Steven while we recorded the ‘cast this morning.

Until he sends me a more recent photo, we’ll flash back to this pic from his seasonal years with us.

We pulled Steven into today’s conversation so he could explain how we sync themed music with our fireworks.

(“What fireworks” you ask? Well, we have Friday Night Fireworks through the end of July, plus our 4th of July Fireworks Extravaganza on July 4 & 5.)

Before I forget – here’s that photo of the smashed cell phone, to help illustrate Steven’s story about not bringing your phone on roller coasters with you: 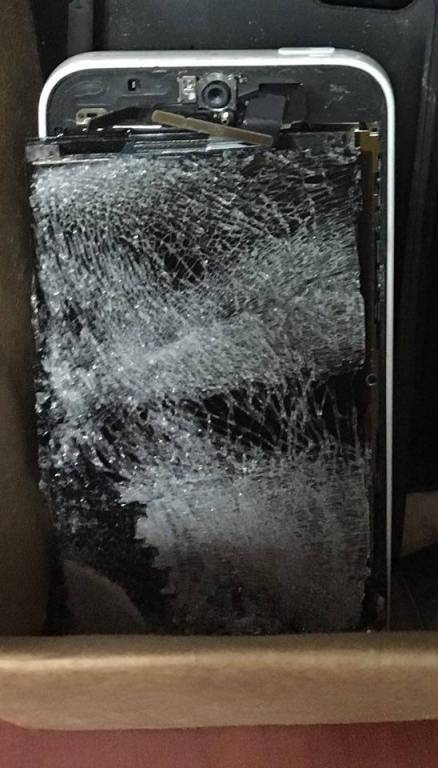 We chatted about last night’s employee event: the Holimpics.

In my continuing theme as a bad photo editor today, I can only say I think this is our winning team. I lifted this from Facebook and hope it’s safe to assume that they’re not testing the indoor wind speed. 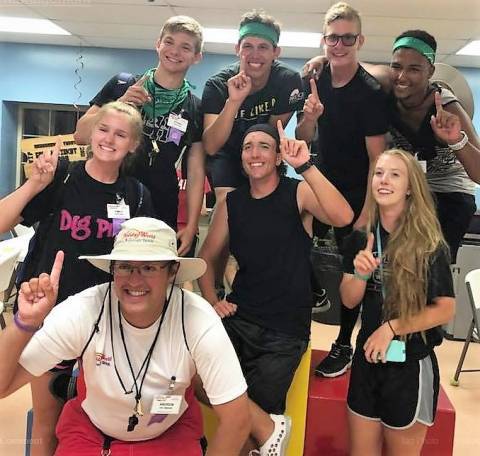 Either way, what a great looking bunch, right?

Yes, a milestone was reached over the weekend:

We’re so proud of our lifeguards’ achievement!

And here’s the promised video of WGN’s Marcus Leshock, and all the shade his co-anchors forced him to endure:

Plus here’s Jo Dee’s review from the Nashville Gab.

We’ll get that Red, White & Blue Fudge video up early next week; meanwhile, here’s VP Matt’s props from the shops: 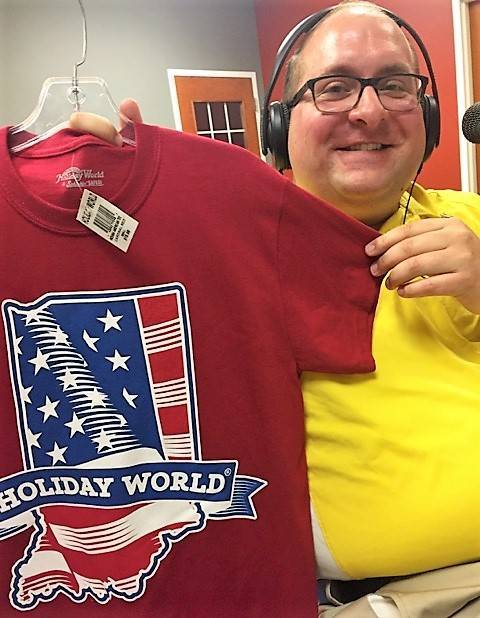 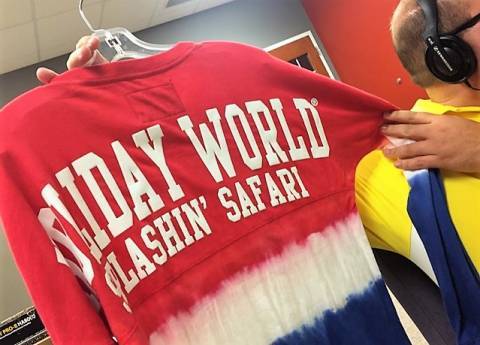 And we talked about pickles.

Here’s that blog post about frozen pickle juice from a few years back.

The moment you’ve been waiting for: little Dacio!

Before heading off to @HolidayWorld, millionaire playboy Dacio Diaz enjoys a nice morning swim in his motel pool. pic.twitter.com/XZYmVfsujx

And, of course … The Coaster Crew!

Everyone is flocking to find the epitome of tasteful lawn decor! Grab a drink, relax, and know all the passers by appreciate your decorating prowess. It’s #PinkFlamingoDay, and to celebrate, may we suggest a ride on Flaminga-Zinga @HolidayWorld? #HoWoPo pic.twitter.com/1sSTuMCF8a

Sure, it can be food. Or it can be a beverage container, a kicky hat, or even a house (if you’re under the sea – Sam likes water, right?). See that empty spot? Only one thing missing for #NationalPineappleDay – does @HolidayWorld provide Dole Whip delivery? #HoWoPo @DoleTweets pic.twitter.com/tGhSeDkMmx

Thanks so much for listening! One postscript … after we finished up, Stephen Rutherford entered the room and told me sternly:  I am so disappointed in the four of you – in fact, I’m angry! While you gushed over William Daniels playing John Adams and Mr. Feeny, you defiled the most important role of his career!

To which I replied, “What? You mean that stupid car?”

Hope you’ll join us for the next 60 episodes!

One Response to “Podcast: The one with the Pyrotechnics”