We had an early morning, with Eyewitness News Meteorologist Ron Rhodes alternately presenting a fantastic forecast and challenging Matt to silly competitions.

Afterwards, we asked Ron to join us on our podcast:

Ron’s a local guy and grew up watching the late Marcia Yockey forecast the weather.

We had a surprise for him. 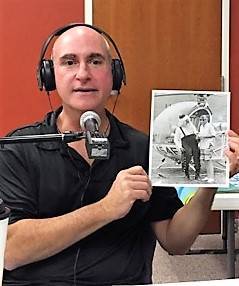 Marcia visited us when we were known as Santa Claus Land.

She used to fly up here in that tiny helicopter.

… so we had some fun photos to share with him.

Marcia was quite a character (and that’s putting it mildly!).

She was on the air on TV stations in Evansville from 1953 until she retired in 1988.

According to an online write-up about her, Marcia once quit working for a TV station because they canceled her annual July 4 televised swim after the forecast.

And so this morning’s swim was dedicated to her! 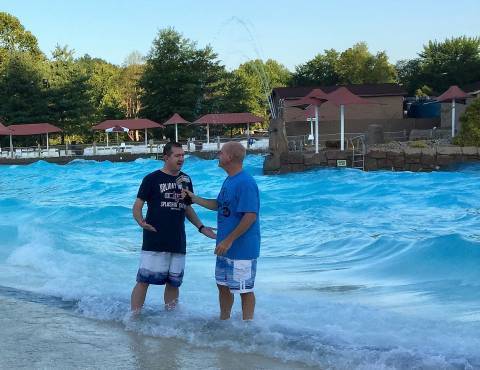 Here’s another great photo of Marcia: 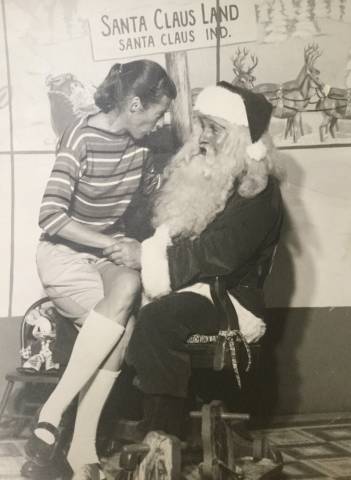 Here’s the link to our Rock the World Sweepstakes.

We were delighted to see WGN-TV’s Marcus Leshock’s feature stories about his visit!

First, his encounter with the Roller Coaster Club of Great Britain:

… and then his story about his first visit to Holiday World:

Here’s the link to that CollegeCandy.com roundup.

Do you remember the lighthouse at our now-retired Thunder Bumpers on Chesapeake Bay ride? 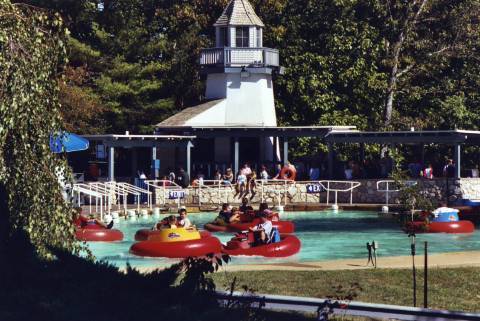 To give you your bearings: this spot is now occupied by our Firecracker ride and the Three-Point Challenge game.

Jon Green is one heck of a photographer:

And Coaster Crew once again takes it over the top:

Since Kitty’s the youngest, she has to sit up close and be the remote control. She may have gotten a little confused when we told her to turn on #SharkWeek, but this show looks fintastic! Don’t touch that dial – plenty of jumping to come! ? #SharkeyWeek #HoWoPo @HolidayWorld pic.twitter.com/hlMqQaZc1k

Just in case any of the animals from the Star Spangled Carousel @HolidayWorld need a break, I’m ready for duty! It must be hard to stay Merry when you Go Round all day long. I may have found a new Hobby as a Horse ? #NationalCarouselDay #HoWoPo pic.twitter.com/VnouD434N2

And finally, here are the sisters with their sound makers: 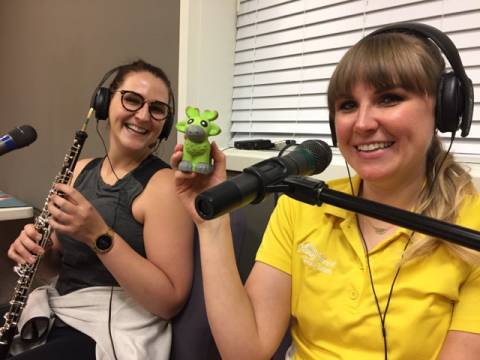 Here’s another reminder that we’re open daily through August 8. We hope to see you soon – come on in, the weather’s fine!