Santa’s Merry Marketplace to open in 2019 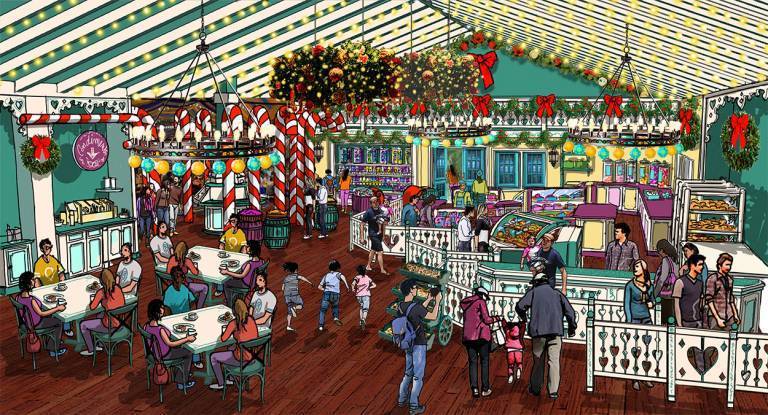 “We’re ramping up the theming and the menus for next season,” says park president Matt Eckert. “Santa’s Merry Marketplace is nearly 50 percent larger than Kringle’s. It will include more menu items plus a coffee shop, bakery, candy store, and ice cream shop.

Holiday World will invest a total of $5.5 million for the 2019 season, including:

“With Santa’s Merry Marketplace, we’ll start a new tradition at Holiday World, as Santa Claus greets park Guests each morning from the tower’s balcony,” says Eckert. “We also plan to work in some reminders of our Santa Claus Land days and other magical surprises.”