Does anyone scrapbook the old-fashioned way any more? It used to be such a thing that the noun became a verb.

Nowadays, the digital form of scrapbooking is so handy, with the ability to share old photos with virtually anyone worldwide.

Throughout our 73-year history, there’s always been someone taking photos. They’re tucked away in file folders, like glorious Easter Eggs waiting to be discovered.

This one, for example, is just perfect for #FlashbackFriday: 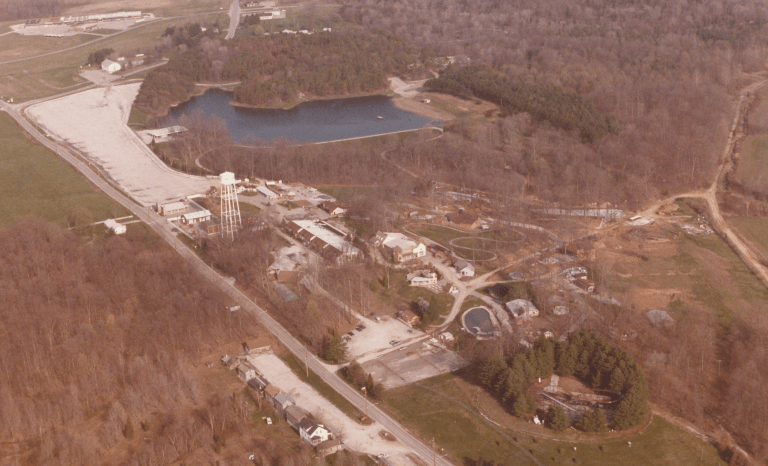 Although there’s no date on the back of this aerial photo, we’re pretty sure it was taken during the winter/spring of 1984.

How did we come up with that year?

The most telling hint is Frightful Falls. It appears to be under construction (it opened in 1984). It doesn’t look like the lift hill or the station is built yet.

The ring of beautiful evergreens in the bottom right corner of the photo encircles the roller coaster that was named:

Do you enjoy peeking back into our history?

If so, here’s a Park Timeline that includes the years that various attractions were added, plus other fun facts about our history.

Last weekend, we posted this Santa Claus Land commercial on our Facebook page, asking for guesses about which year it aired:

We’ll occasionally dip into the vault and release other archival footage, photos, and articles at #FlashbackFriday posts here. Would you like to receive HoliBlog notices – along with news releases and sweepstakes – by email? Sign up here and you can choose whether to receive the emails weekly or the same day the blog posts are published. Thank you!