Santa’s Merry Marketplace opens May 4 (if you’re a Platinum Season Passholder, you get to explore on May 3).

We won’t refer to our construction crews as elves, but suffice it to say:

Santa would be proud

Here’s a 360 construction update for you to take a look around: 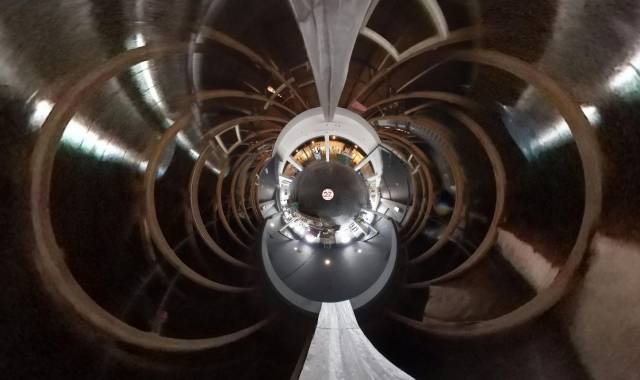 And what’s the opposite of a Tiny Planet view? 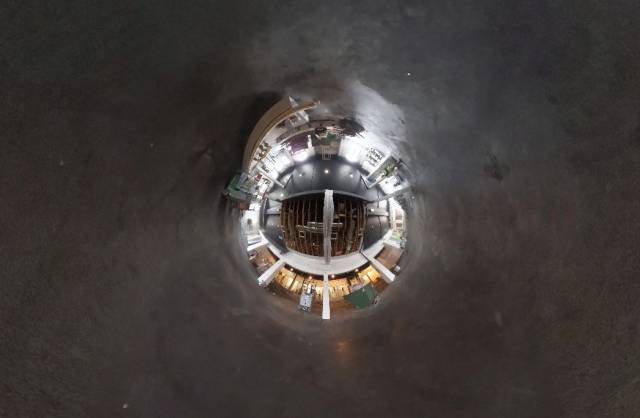 Okay, that was just showing off.

Here’s a 360 view of the under-construction Party Rooms in Santa’s Merry Marketplace:

We’ll have three reservable Party Rooms for Groups of 15 and more.

Here are a few other rooms that will be sure to please many:

Those are Family Restroom on either side. And in the middle, a Mother’s Nursing Room.

We’ll have standard restrooms as well. Double the (ahem!) seating capacity of what was available in Kringle’s Kafe.

Candy Cane Confectionary and Polar Expresso to the right, with the Sugarplum Scoop Shoppe to the left.

We’ll be back with another 360 construction update soon – the countdown clock to Opening Day is ticking!