The scoop about Waffle Cone Lights

This time of the year (gulp – we’re just two weeks from Opening Day!), changes happen so quickly that it’s a challenge to catch them all for you to see. So we were delighted to hear from Rick, our Graphic Artist, that he was working on creating the Waffle Cone Lights for the new Sugarplum Scoop Shop.

Stephen grabbed the video cam and captured the DIY

There’s something new to see each day in Santa’s Merry Marketplace – the elves (in hard hats) are hard at work!

Among the elves is fourth-generation owner Lauren, who’s very involved in the park’s theming. 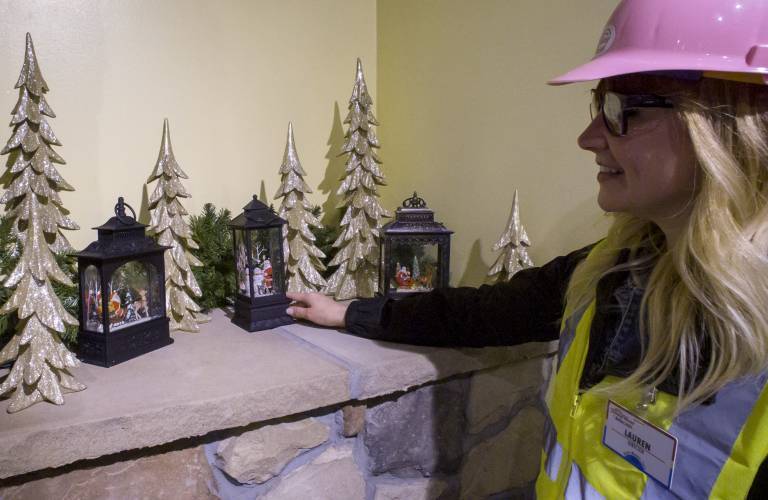 Here she is taking a look at some of the finishing touches for Candy Cane Confectionary, which is part of Santa’s Merry Marketplace. 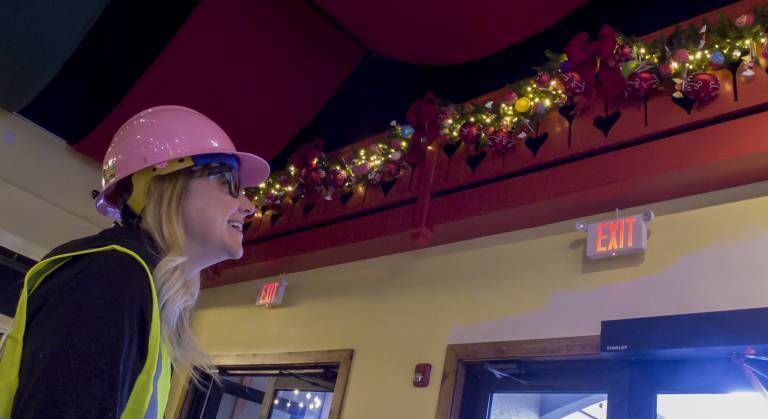 Both the Candy Cane Confectionary and Candy Cornucopia (a new candy shop in Thanksgiving) will stock Salt Water Taffy.

Judging from the response on Facebook, this was a very good decision.

Ready for a look around?

Here’s a 360-degree look at Santa’s Merry Marketplace from what will be the seating area.

And just because it’s an irresistible option, here’s the Tiny Planet version of the above 360: 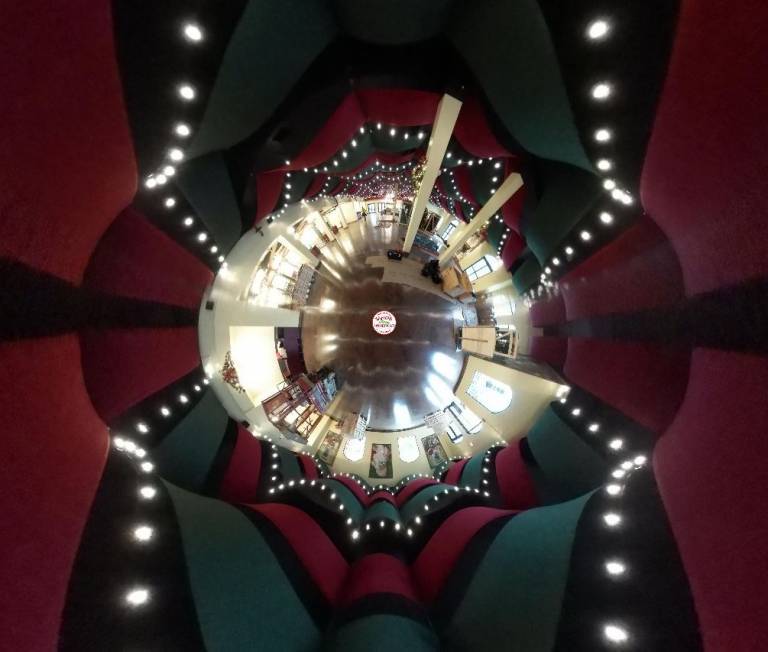 Lest there be another second wasted worrying about our iconic Santa Murals (Rick created them, too, back in 1991), here’s proof positive that they’re a jolly part of Santa’s Merry Marketplace. 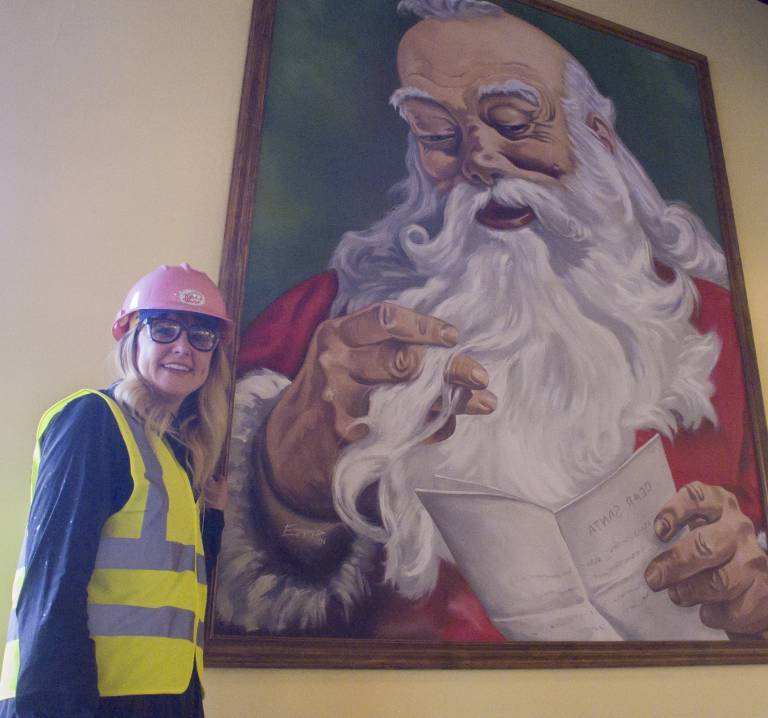 Would you like to be among the first to experience Santa’s Merry Marketplace? We have a sneak preview planned for Platinum Season Passholders on May 3. The deepest discounts for Season Passes are available until that date.
___
Would you like to receive HoliBlog notices – along with news releases and sweepstakes – by email? Sign up here and you can choose whether to receive the emails weekly or the same day the blog posts are published. Thank you!