Splashin’ Safari surprised us all!

It was much smaller back then. 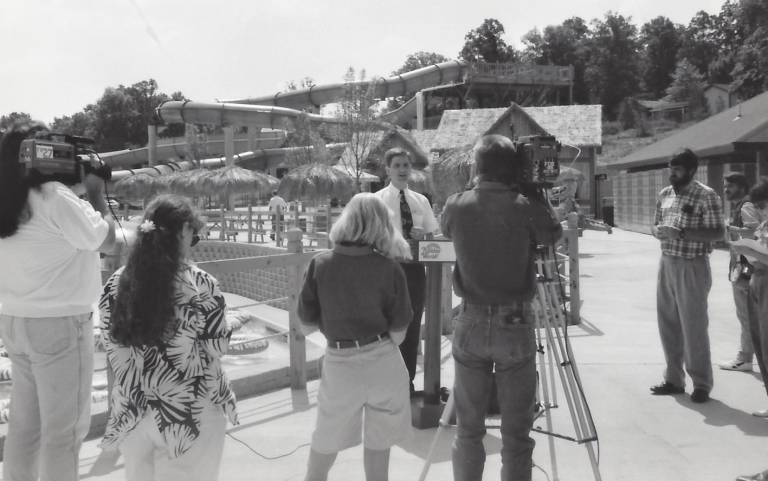 In fact, our news release announced it would be a five-year project, costing $3 million.

Boy, were we wrong! 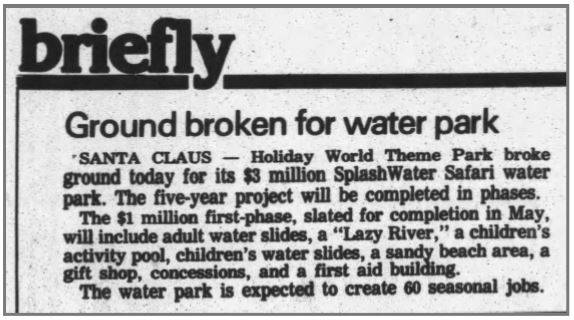 What? SplashWater Safari? Yes, that was the announced name. At a meeting a month or two later, I remember Lori Koch saying, “Why not Splashin‘ Safari … you know, like Surfin’ Safari?”

Lori also wisely advised us not to include a “sandy beach” area. Indeed, we removed it a few seasons later when the sand got … well, everywhere.

Our other recalculation involved the scope of our water park. We started in 1993 with four acres, with plans to make it to 15. We breezed right past that number.

Over the 26 years, we’ve grown to cover nearly 40 acres. Splashin’ Safari and its many attractions have won a bunch of awards. too.

Would you like to help us win another award (and enter our sweepstakes at the same time)?

We’ve celebrated a lot of water-attraction openings with our friends from ProSlide, the “crazy Canadians” behind the likes of Wildebeest, Mammoth, and Bakuli. Their president was a guest on our podcast a while back.

So what do you think – are we done building Splashin’ Safari or do you want more? Please comment below with your thoughts.
___
Would you like to receive HoliBlog notices – along with news releases and sweepstakes – by email? Sign up here and you can choose whether to receive the emails weekly or the same day the blog posts are published. Thank you!

18 Responses to “Splashin’ Safari surprised us all!”