Home // HoliBlog // A Chase of the Mondays

A Chase of the Mondays

…get it? A “case” of the Mondays, but it’s for Cheetah Chase?

Sorry to kick things off with a bad pun. But I have to share what a Monday in the office can look like at a theme park. 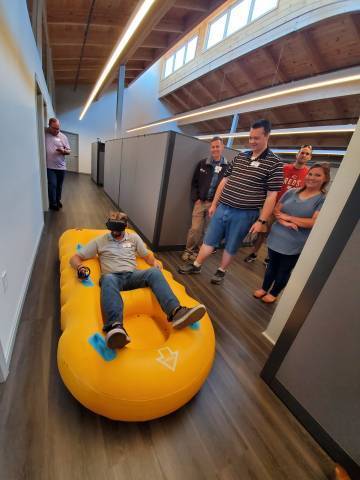 I promise this will make sense if you keep reading

Today we had a town hall meeting

that involved our entire full-time staff.

Dave, our Director of Sales, has a shiny new VR headset to take with him to trade shows so he can brag about Cheetah Chase to anyone who might be interested in booking a company picnic for 2020. (Shameless product placement for Dave: Interested in a company picnic, a group outing, or a private party? Fill out this form)

We have a super cool 360 animation (we’re saving that to share in a few weeks) that goes perfectly with the headset and we let our full-time staff try it out first.

We went back to work

That is, until our VP Eric got the Cheetah Chase boat out of his office and set it down in the hallway.

Adam, one of our Attractions Managers volunteered to take the boat in the attractions office. He said they’d inflate it and keep it there.

Someone made a joke about inflating it and using the VR headset to simulate a real ride.

Things LAUNCHED out of control from there

Attractions came with the pump for the raft. Stephen–who helped edit those incredible Cheetah Chase animations you’ve seen so far–came upstairs with the VR headset ready to go with the 360 animation (those are his cables floating around the right side of the frame).

Also in case you’re wondering, the ridges in the sides of the boat are for catching water to power the first-ever flat launch on a water coaster (and the regular uphill parts like other water coasters have).

Adam was our first brave contestant. Stephen set him up, and thus began the first official VR ride of Cheetah Chase. 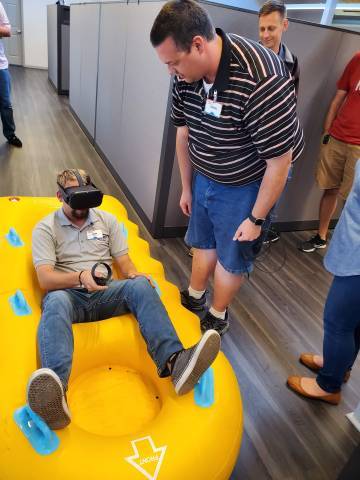 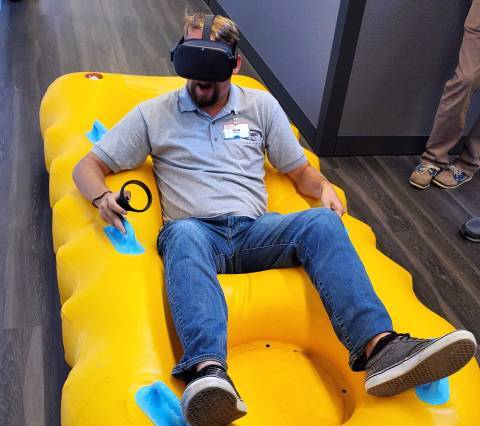 …checking out the sights… 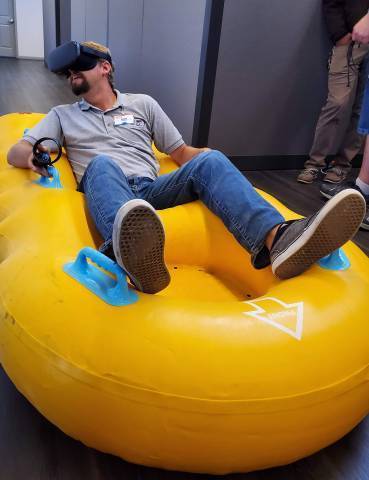 …and generally a great sport about me taking his picture. 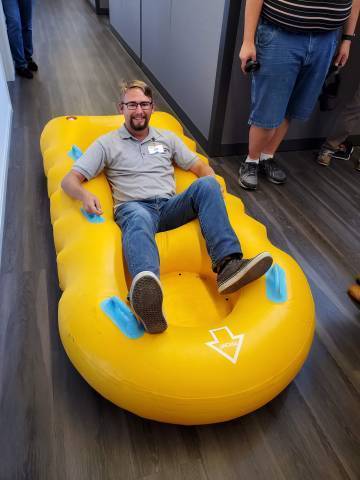 Next, President Matt took a turn: 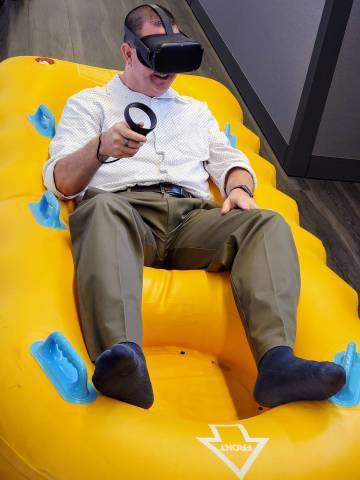 He made sure to take his shoes off to make the experience more realistic. To add more realistic elements, someone grabbed a fan to help blast him with some air… 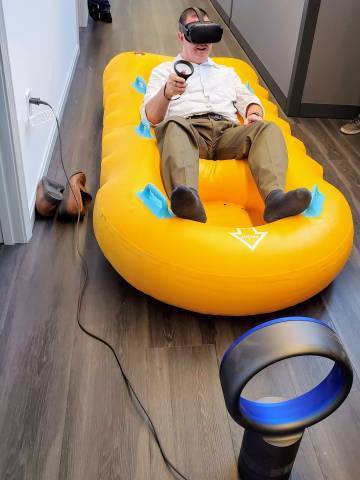 … he said it happened right as the boat launched in the video so it was perfect.

Next Kenny from IT took a ride… 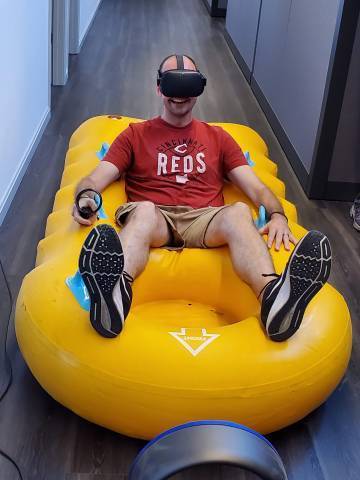 As did Alan (another of our attractions managers)… 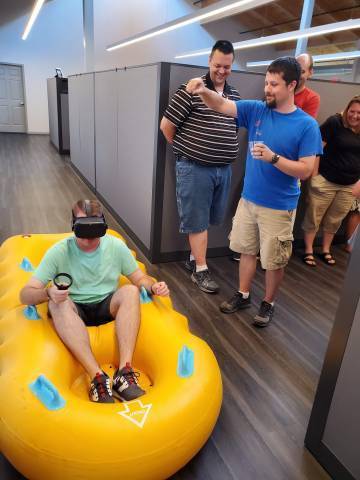 …IT Director Casey also helped spray him with a little water. So Alan gets credit for the first “ride” on Cheetah Chase with H2O.

Finally our attractions management team got together for a team pic: 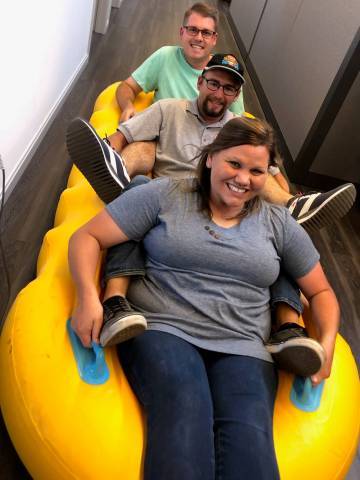 The moral of this story is: we’re really not sure what normal people do in offices on Mondays, but I’m pretty sure today we’ve got you beat.

3 Responses to “A Chase of the Mondays”