Home // HoliBlog // Podcast Season 2 Episode 24: The one where a star is born

Podcast Season 2 Episode 24: The one where a star is born 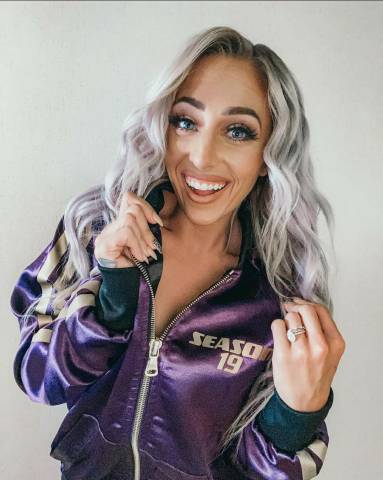 This episode is so special in my heart. As a past performer, I know how much our entertainment department geeks out over seeing our alums “make it.” And I know the craziness that comes out of live entertainment at theme parks–we could sit around and exchange stories for days.

So I brought three past Entertainment Directors (Lori Koch–aka “Mom” to Lauren and me, Sandi Fortune–aka “Mama” to a lot of past performers, and Lauren… who you already know) to talk about the success of one of our past performers, Kelsie Watts, who is currently on Season 19 of “The Voice.”

Also what happens when you put that many creative people in one room together? The Icebreaker question steamrolls out of control…

Listen as we gush about Kelsie and all our performers, talk about some of our other up-and-coming performers, and even hear updates from performers throughout the year (little hint? they build so many life skills on the stages at Holiday World that they go on to do anything).

I would normally take a lot more of this blog to talk about what we discussed, but I can’t stop bragging about Kelsie Watts, who performed in ’80s Rewind in 2013. She was our “Madonna” and… when she opened her mouth to sing, I couldn’t believe she was on our stage. And somehow, she’s gotten even better since her days here!

The Part Where I just go on about Kelsie

I’m going to start by letting her blind audition speak for her:

I mean. After Kelly got Kelsie on her team, she had this to say:

Not only did @KelsieWatts sing my song #IDareYou, but she sang it better than me too! ? That’s why I had to turn around!! So excited to have you on #TeamKelly! #VoiceBlinds pic.twitter.com/PeJjUy6lTd

How far in the contest has she made it?

The Voice released Kelsie’s Knockouts match-up for this next round.

We’ll be watching tonight and tomorrow night for the Knockouts and to hear Kelsie’s powerhouse voice. Join us in wishing her well!

…Oh, and I’ll try not to do this too much, but I had to share at least one picture of Kelsie when she worked here (if you want to know more, I highly recommend you give this episode a listen). She’s a dynamite performer and a dynamite person. No matter what happens with Knockouts and beyond, she’s going places! I’d go on a lot longer, but I want everyone to have plenty of time to watch her–possibly tonight!

Would you like to receive HoliBlog notices – along with news releases and sweepstakes – by email? Sign up here and you can choose whether to receive the emails weekly or the same day the blog posts are published