On Veterans Day, Americans are called to thank the women and men
who have served in America’s armed forces.

We want to acknowledge our very own team members who have answered the call to serve our country.
We offer up our sincerest appreciation to you! 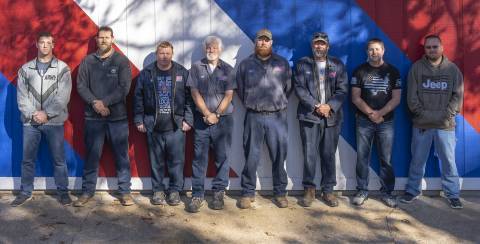 Our veterans from left to right front row:

Thank you to these – and all other veterans – for their service to our country.

Would you like to receive HoliBlog notices – along with news releases and sweepstakes – by email? Sign up here and you can choose whether to receive the emails weekly or the same day the blog posts are published.