Nearly a decade ago, the late Will Koch began talks with Bolliger & Mabillard (B&M) as part of his search for Holiday World’s first major steel roller coaster. B&M specializes in the delivery of custom-designed roller coasters, and Will knew this highly-regarded group of Swiss engineers would design a steel coaster like none other for his park. Continuing the park’s tradition of designing roller coaster thrills around Holiday World’s thickly wooded hills, B&M delivered a one-of-a-kind design for its first launched coaster and the nation’s first launched wing coaster, Thunderbird.

Since 2013, Holiday World has partnered with the St. Louis design firm PGAV Destinations to create enhanced theming for the world’s first theme park. PGAV took the Thunderbird name and coaster design and created the visual theming of the legendary bird’s powerful flight through farms and forests of southern Indiana.

The 66 Days at Sea microsite that inspired so many weeks of speculation was designed by DBS>Interactive of Louisville. The web design firm has worked with Holiday World since 2013, creating a new responsive website for the park, which was launched earlier this year. The design team also created this HolidayWorld2015 microsite for Thunderbird’s incubation period. 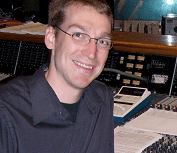 Daniel Vendt is a film and television composer living in Los Angeles. Originally from St. Louis, he is currently writing for a show on the National Geographic Channel. Daniel created the dramatic theme music for the Thunderbird animation.