Yesterday’s media event for the Tower Topping at Santa’s Merry Marketplace was a ho-ho-whole lot of fun!

To begin with, the weather was just perfect and the trees were awakening. 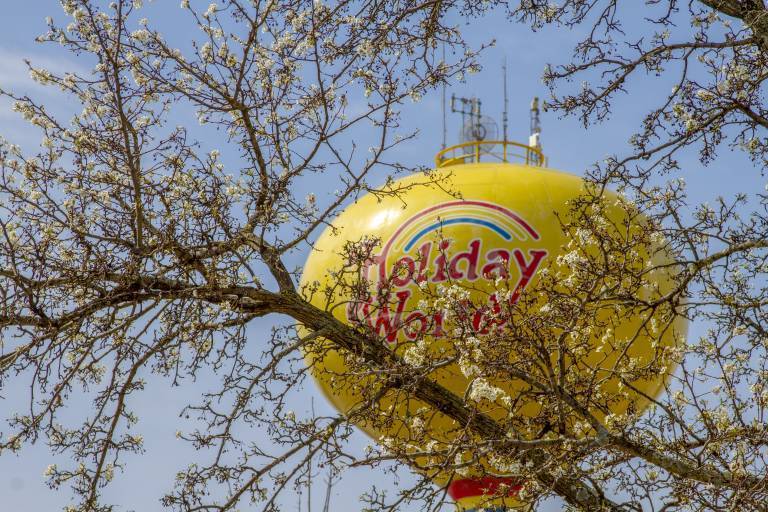 TV crews, newspaper reporters, radio personalities, and the HoliDrone were on hand to watch the topping of the six-story tower at Santa’s Merry Marketplace.

Santa’s Merry Marketplace at @HolidayWorld has officially been topped! The 5,000-pound piece finishes the construction of the physical renovation to the classic space. More space, larger bathrooms, over 100 new food items and classic free drinks will be added before opening day. pic.twitter.com/92nv4Pp8Ng

After the “topping,” we took a construction tour throughout Santa’s Merry Marketplace (remember, we’re a month away from Opening Day): 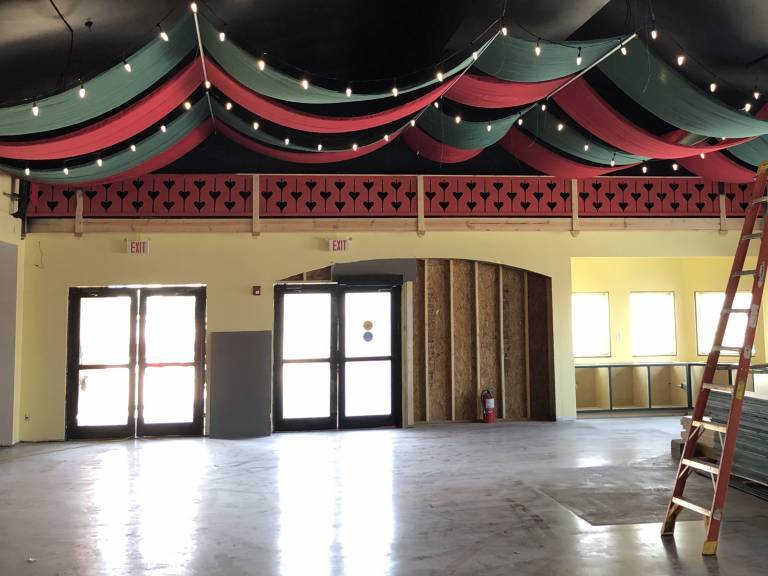 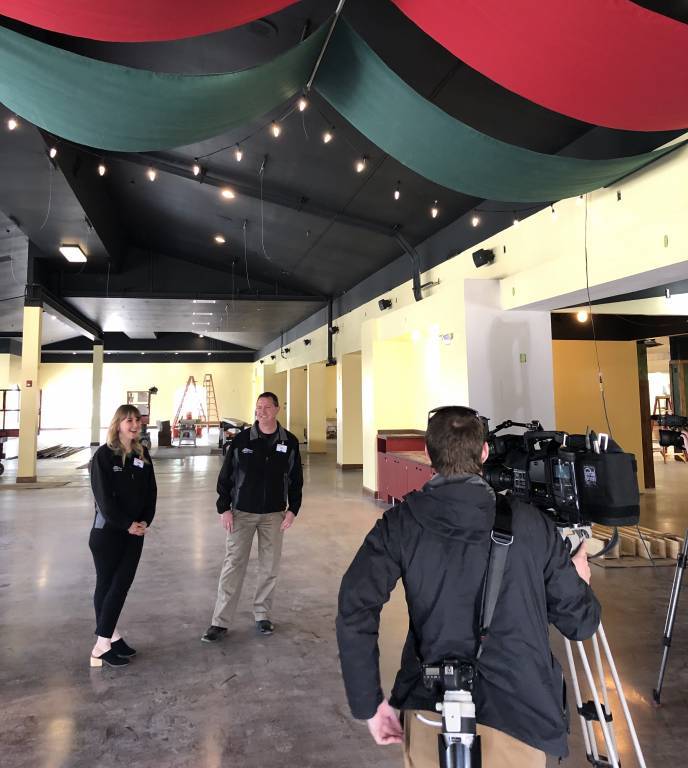 They also described the food-court area, where we’ll serve the following menus:

… and then strolled over to our three new Party Rooms, for groups of 15 and more to have catered events.

Then on to the Mother’s Nursing Room, two family restrooms, and our themed … 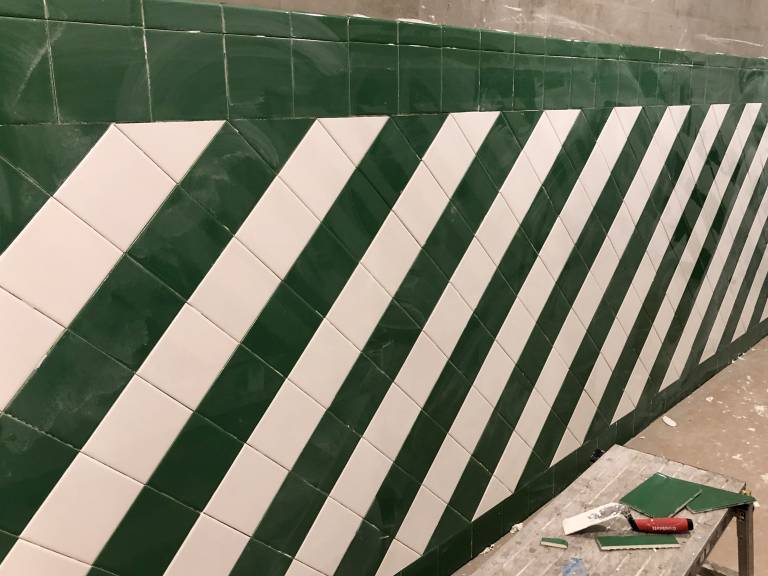 The tiling work is underway. And the bathrooms are quite roomy – with double the, er, seating capacity as we had last year.

Back outside, the tour ended across the plaza in St. Nick’s, where our Foods crew had spread out samples of a dozen or so of the new menu items for this season.

The reporters were a bit shy at first: 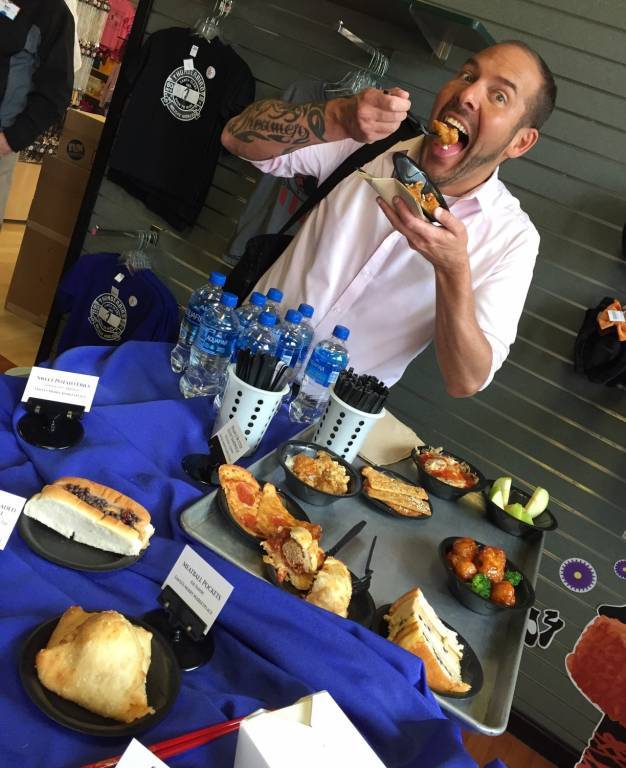 This gluten-free choice was particularly popular. 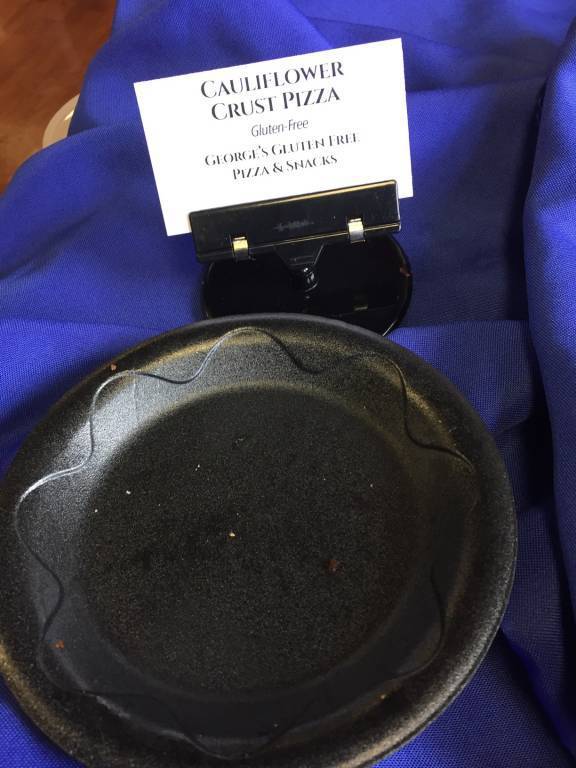 Cameron from Eyewitness News explains why in the video below. (I came across the video on his Facebook page; this is used with his permission.)

The tasting concluded with two of our new Festive Flurries: 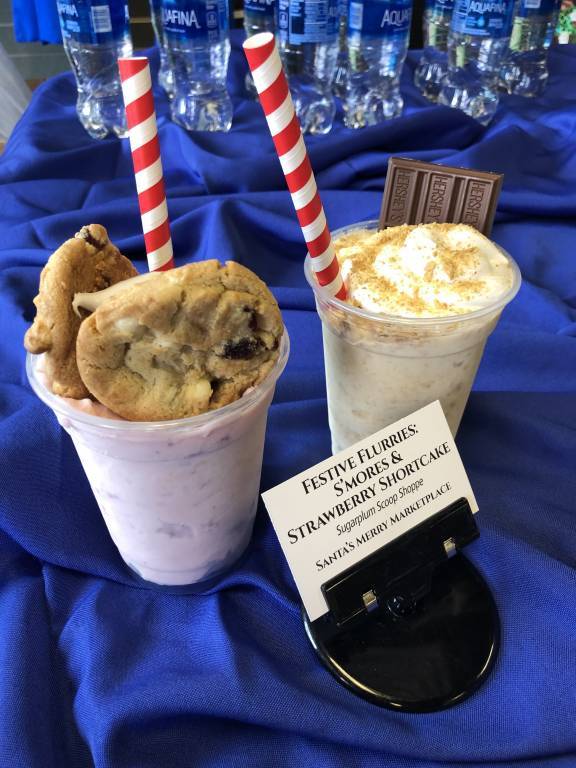 Want to check out all the menus? We will offer 110 new items, with half in Santa’s Merry Marketplace alone.

With just four weeks until Opening Day, here’s your reminder that the best discounts for Season Passes disappear once we open for the season. This much food could take all summer!
___
Would you like to receive HoliBlog notices – along with news releases and sweepstakes – by email? Sign up here and you can choose whether to receive the emails weekly or the same day the blog posts are published. Thank you!