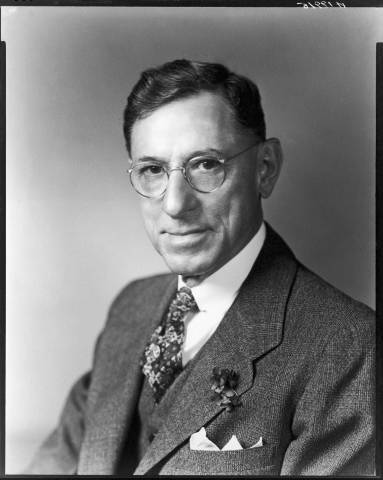 Today is the birthdate of Louis J. Koch. Let’s declare it to be Founder’s Day!

Did you know that Holiday World started out as a retirement project?

It was back in 1946. Our original name was Santa Claus Land.

Louis J. Koch was an Evansville industrialist (he was one of the sons in the George Koch Sons) and thought it was a shame that a town named Santa Claus wasn’t bustling with jolly fun. He and his wife, Clarice, had nine children and they loved celebrating Christmas.

“Mr. Louie,” as employees called him, was a train aficionado. He commissioned Ted Buehn, a model-train enthusiast, to create what many remember as the Freedom Train.

Originally, it was called the Santa Claus Land Railroad. 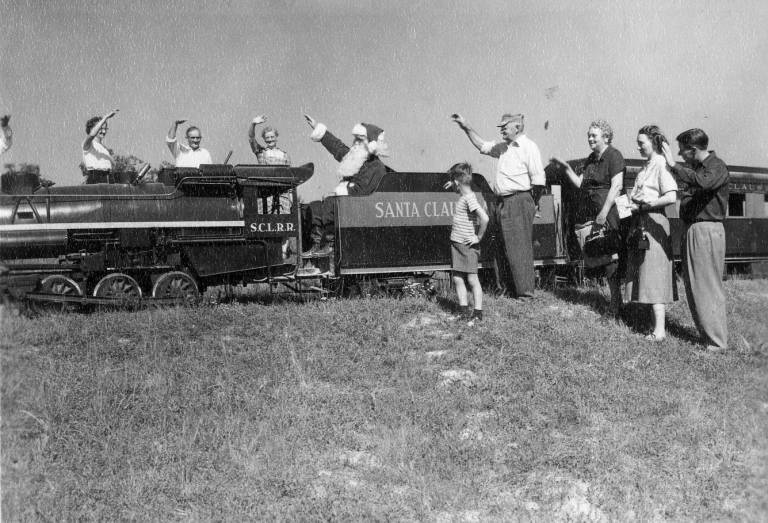 Before long, Mr. Louie’s middle son, Mr. Bill, joined him (this was long before the Saturday Night Live skit came out). As they worked together with other family members, Santa Claus Land began to grow into what is now Holiday World & Splashin’ Safari and fourth-generation Koch family ownership.

The Santa Claus Land Railroad became the Mother Goose Land Train and eventually the Freedom Train. Since 2013, Holidog Express has clickety clacked around the track. The original train is currently on display in front of the Liberty Bell Shoppe.

But it all began with a dream

And a town with a magical name. 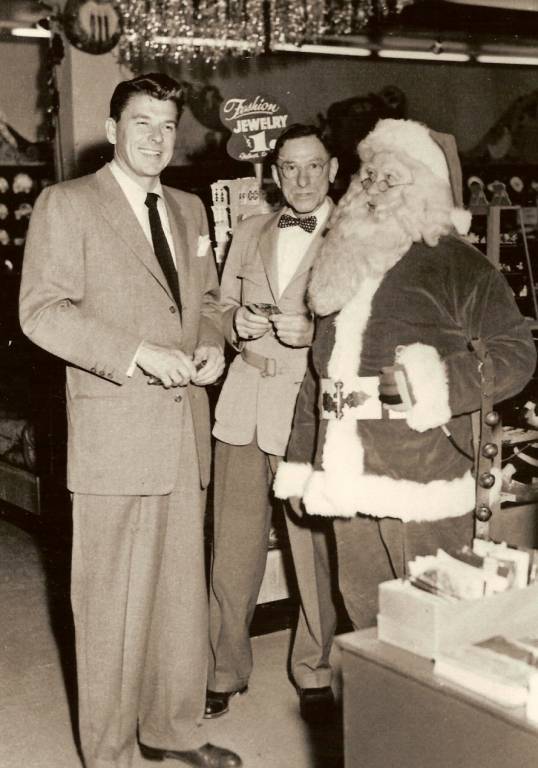 That’s Louis J. Koch in the middle, with the polka-dot bow tie. On his right is a future president and to his left, ol’ Saint Nick.

Happy birthday, good sir – and Happy Founder’s Day!
___
Would you like to receive HoliBlog notices – along with news releases and sweepstakes – by email? Sign up here and you can choose whether to receive the emails weekly or the same day the blog posts are published. Thank you!

One Response to “Founder’s Day”